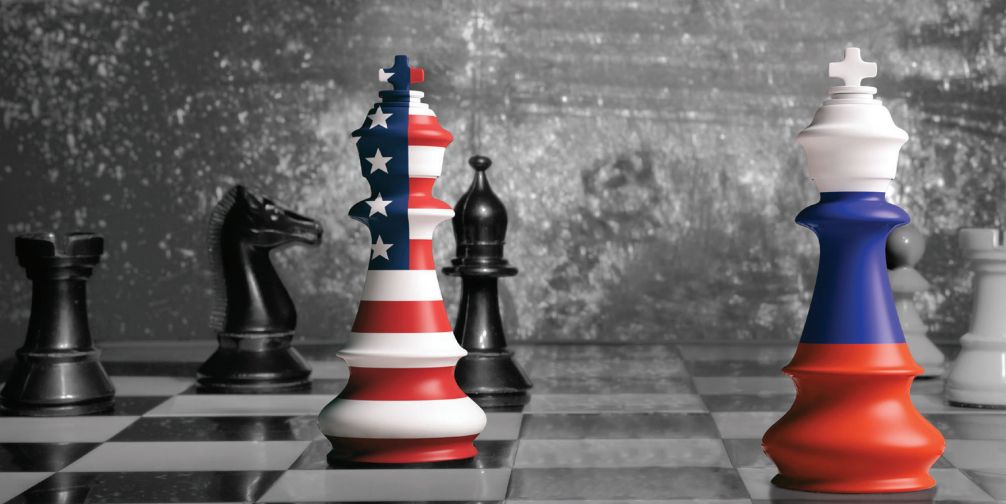 If so, NATO’s unrest over Putin’s alleged invasion of Ukraine could only be a smokescreen

There has been a dramatic de-escalation of Washington’s reactions to “Russian aggression” from Crimea in 2014 to Kazakhstan in 2022.

My optimistic assessment of the Biden-Putin meeting in Geneva in June seemed, at first glance, refuted by the events of the autumn. Particularly bombastic remarks were made by NATO Secretary General Stoltenberg. But in fact, NATO-Russia tensions over Ukraine have been growing mainly in the realm of fairy tales.

The events in Kazakhstan since the beginning of the month showed a completely different picture. The West has seen a real, lightning-fast and effective Russian invasion of a former Soviet republic that controls half of the world’s uranium production to quell something that at least initially looked very much like a new pro-Western Maidan. And in the form of the post-Soviet homologue of NATO, the CSTO, which was considered a book tiger until then, with the participation of six countries.

And one CSTO is currently headed by none other than the Armenian Prime Minister Pashinyan, a pro-Western liberal who himself was once raised by a Maidan-like protest. And who undoubtedly regrets that he did not ask for help from the CSTO in the Karabakh war, in which Azerbaijan and Turkey violated the Armenian borders. What about the “favorite” of the West, Lukashenko as Putin’s right-hand man in the CSTO and a mentor to Kazakh President Tokayev?

The United States reacted surprisingly anemically to all this. Tone gave the first report of the New York Times from Almaty. Secretary Blinken said sarcastically that it was difficult to get the Russians to leave once you let them in, but that was quickly refuted. America has denied having a foothold in Kazakhstan – and it seems so, at least in the most literal sense. Otherwise, American-funded NGOs, of course, operate in the country.

According to the general opinion, Russia’s positions in Kazakhstan and Central Asia have been seriously strengthened as a result of the CSTO’s successful intervention at the expense of Western influence. Tokayev also sent heartfelt congratulations to China, which supported Russia’s actions and their military-political cooperation in Asia looks better than ever.

There has been a dramatic de-escalation of Washington’s reactions to “Russian aggression” from Crimea in 2014 to Kazakhstan in 2022. Days after the Kazakh events, Democrats in the Senate blocked the Republican proposal for new sanctions against Russia on the Nord Stream 2 pipeline, arguing “They will not help Ukraine” and that they will take away Biden’s “tools to put pressure on the Kremlin.” The president has already said that it is not worth the US arguing with Germany over the pipeline.

What has changed in Washington? There is growing sentiment to normalize relations with Russia – after years of freezing around Syria, Ukraine and Trump’s “Russian connection” – and to recognize Moscow’s right to have its own national interests and sphere of influence.

Why? The United States sees China as a major threat to its security and leadership in the world. According to many, the main task of their foreign policy should be to pacify Russia towards the West in the hope of removing it from the Shanghai Cooperation Organization, in which Moscow is China’s junior partner, and redirecting it to the CSTO, which it heads.

As soon as he came to power, Pine writes, Putin said the collapse of the Soviet Union was the greatest political disaster of the twentieth century. Undoubtedly, he aimed at uniting the former Soviet republics around Russia – as an economic union or as a full-fledged political union. And he was determined to complete this task for the rest of his life.

He modernized his armed forces, including a 75% nuclear arsenal upgrade and “half a dozen nuclear superweapons” unrestricted by current arms control treaties, which gave him nuclear superiority over the United States – something his Soviet predecessors never had. managed to achieve.

In addition, Russia has developed superior capabilities for cyber warfare, underground nuclear command centers, superelectromagnetic weapons and means of protection – and has been able to regain lost territories by force.

Russia’s reunification with Ukraine, the largest post-Soviet republic, was a top priority for Putin and he was ruled out. At the same time, China could retake Taiwan, and the United States would not be able to respond effectively to either aggression. If they did not want to bear the full burden of a possible third world war on their territory.

So for Pine, the only question now was whether Putin would achieve his goal of Russian domination of Ukraine and other post-Soviet republics by peaceful, diplomatic means, in partnership with the United States, or try a war worth hundreds of millions.

And his advice to the US leadership is to accept Putin’s terms, which Biden has so far called “unacceptable.” In fact, they were reasonable, and for the West they were definitely the lesser evil.

Apparently, Pine agrees with authoritative voices in the United States that by violating Western leaders’ promises to Gorbachev in the early 1990s on the eve of Germany’s unification of NATO’s non-expansion to the east, the West itself created the Russia it feared – rearming and seething with indignation.

So America has no reasonable choice but to unconditionally cancel NATO enlargement to Ukraine and Georgia, withdraw Alliance troops from Eastern Europe and not even stop at canceling the membership of the Baltic republics. The latter was necessary because “all the war games in the Baltic Sea have recently yielded unfavorable results for the United States.” This does not raise the question of Western Europe’s ability to deal with such a conflict on its own.

And making US security dependent on the fate of countries like Estonia or Latvia has never been sensible and would never have occurred to Cold War-era American leaders. They did not intervene in the GDR in 1953, in Hungary in 1956, and in Czechoslovakia in 1968, because they put America’s security first. And they strictly adhered to the Yalta Agreement of 1945. Pine recalls how it created spheres of influence of the great powers and ensured peace between them for more than half a century.

According to Pine, the “New Yalta” should give Russia the entire territory of the former USSR as a sphere of influence, and the independence of the Baltic republics is guaranteed in exchange for Russia’s land corridor to the Kaliningrad region through Belarus and Lithuania.

But Russia’s “neutralization” did not imply a confrontation with China. On the contrary, Washington had to convince Beijing that “pro-Russian” moves were not directed against it and that in exchange for Chinese recognition, US hegemony over the Western Hemisphere, Western Europe and Japan would recognize Chinese interests in Taiwan, North Korea, Mongolia and China. South China Sea and other territories.

Of course, America is still far from officially accepting Pine’s ideas – its confrontation with Russia has gained momentum, and Western Europe’s fear of its own military-political helplessness is growing, even with a partial American withdrawal. The interests of the military-industrial complex are not to be neglected either. But the very trial of “realistic” scenarios of world politics as a game of three sovereign great powers – the United States, China and Russia – Putin’s “multipolar world” – shakes the ranks of American global hegemony.

Turning Eastern Europe into a “buffer zone” equidistant from the United States and Russia does not seem realistic to me. The EU will split militarily into two incompatible parts. And the East itself is not homogeneous. There are also historically Russophobic states like Poland and Romania, and Russophile states like Bulgaria and Serbia, each in a different way. The attitude towards Western Europe is also different – and it is generally evolving in an unfavorable direction. It is possible that some of the formerly hostile blocs from Eastern European countries, which will seek protection in the West, will return. Will the EU survive all this?