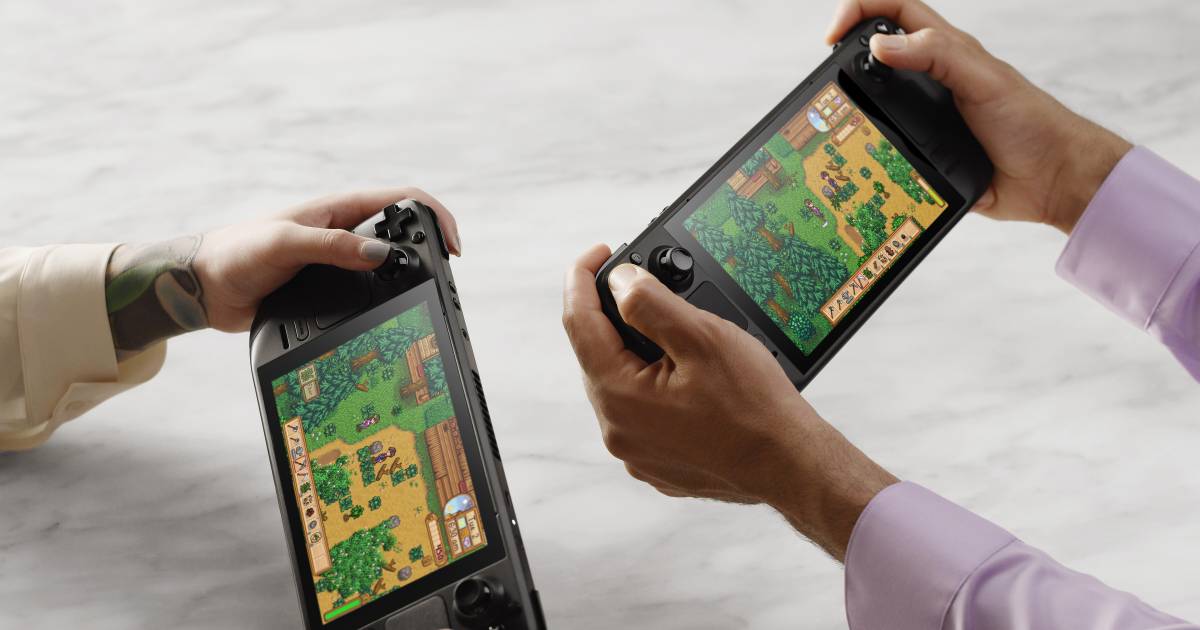 Valve currently operates the Steam store, where customers can purchase games for PC. The store is visited by 120 million active users every month, making it one of the biggest players of the moment.

With the Steam Deck, the company releases a game console on which all games from the store can be played. It’s basically a portable PC, according to Valve, with action buttons and analog sticks on either side for gaming.

The device has a 7 inch touchscreen and a powerful processor made by manufacturer AMD. On a full battery you can play for between 2 and 8 hours, depending on how demanding the game in question is.

It remains to be seen how strong the device is, but according to the company, the previously released Star Wars game Jedi Fallen Order can be run on high settings.

Can also be used as a PC

The Steam Deck differs from its competitors on one point: it is an open platform. Valve pre-installs its own operating system, but users are free to install anything else on it. For example, you can put Windows on it to use it as a regular computer.

It is also possible to connect the Steam Deck to a TV or monitor, as with the Switch from Nintendo. That way you can play games on the go as well as on your big screen.

There are no exclusive games for the device, such as with Nintendo, Sony and Microsoft, with the Steam Deck. The device is intended to run games that were previously released for the PC. But because the Steam store has been active for a long time, the device already has a hefty offer.

Sold out all year now

The device is much more expensive than its Nintendo competitor. The cheapest model sells for 419 euros, but has only 64 gigabytes of storage. If you want 256 or 512 gigabytes, you have to pay 549 or 679 euros respectively.

This even shoots the price above that of recent game consoles such as the PlayStation 5 and Xbox One, which come with more storage space for less money. This does not stand in the way of sales, however: during the first wave of sales, the reservation system became overloaded after an hour and a half.

The first copies should be delivered in December this year. After that, new models cannot be ordered until early 2022.

Watch our tech videos below:


Unfortunately, we cannot show this social post, live blog or otherwise because it contains one or more social media elements. Accept the social media cookies to still show this content.