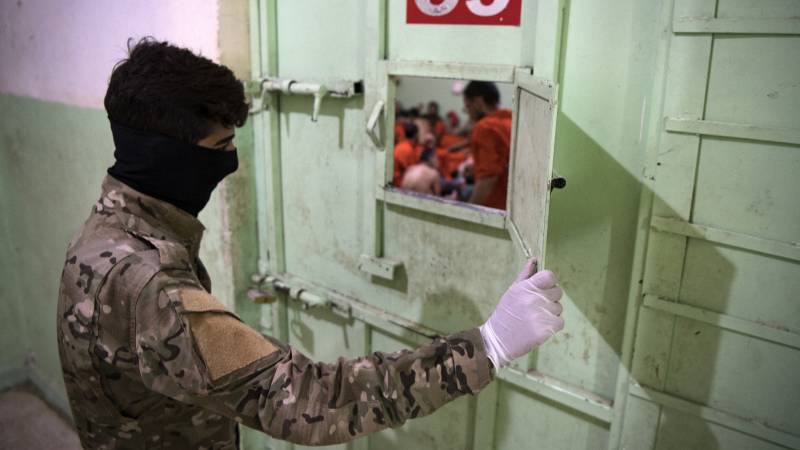 Former IS fighters held in Kurdish prisons in northeastern Syria can be freed, reports The Guardian. The British newspaper relies on conversations with two released prisoners and has seen signed agreements about this.

Those documents would show that Syrian prisoners can be released against payment of 8,000 dollars (more than 7,000 euros). In practice, thousands of dollars in bribes were added to the two ex-prisoners whom The Guardian spoke to.

In exchange for their release, the two men had to sign a statement pledging not to rejoin an armed organization. They also had to agree to leave the parts of northeast Syria where fighters from the Syrian Democratic Forces (SDF), a coalition of Arab militias and Kurdish fighters, are active.

SDF soldiers are also responsible for guarding the three prisons in northern and eastern Syria reported by The Guardian. Thousands of IS sympathizers are detained there.

Farhad Shami, a spokesman for the SDF, denies that IS fighters are being released for payment. According to him, the agreements on which The Guardian is based are not official. While SDF guards have released some prisoners with IS ties in the past, he says things were different.

“They had no blood on their hands and had committed no crimes,” Shami said. “They were either employees of IS offices or people who were forced to join IS.”

The two ex-prisoners whom The Guardian spoke to have both fought with IS until the fall of the caliphate in 2019. After their bought release, they have been reunited with their wives and children. They were held in a detention camp, but were released from it. Both men now live with their families in Turkey.

See also  "The agreement for the vote in Libya is the recipe for failure". Interview with Jalel Harchaoui