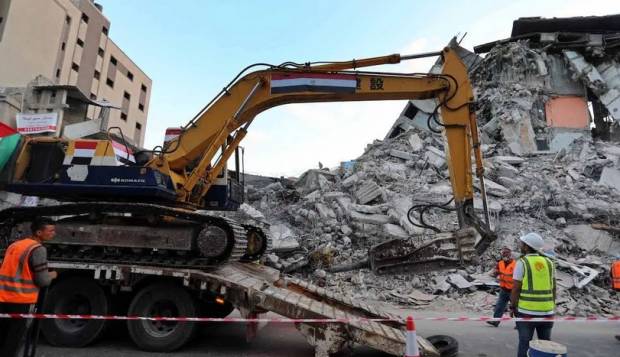 TEL AVIV – Israel would allow reconstruction of the Gaza Strip in exchange for information on the number of Israeli soldiers held as prisoners of war in Gaza.

“Israel’s offer is an early withdrawal from an earlier condition under which Tel Aviv stipulated that Hamas must return two captured soldiers and the bodies of two other soldiers in return for rebuilding Gaza,” Israel radio reported.

Last Thursday, the Israeli delegation met Egyptian intelligence officials in Cairo to discuss the consolidation of a ceasefire between Israel and Palestinian resistance factions in the Gaza Strip.

The leader of Hamas in the Gaza Strip, Yahya Sinwar, has rejected suggestions that Qatari aid for Palestinian families living in poverty will be channeled through the United Nations.

Qatar has pledged $500 million in aid for Gaza’s reconstruction but the main obstacle is how to transfer such a large sum to the blockaded enclave.

Media reports claim Israel has threatened to block Gaza’s reconstruction process unless progress is made in the return of two Israeli prisoners of war and the bodies of two other soldiers.

It is feared that indirect talks to enforce the ceasefire may fail as a result of new terms and possible new confrontations, with Israel bombing Gaza during the truce.

See also  What does Lukashenko's strange pause on the border with Lithuania mean: naive to think it's over