El Shabak, one of the three organizations of the Israeli intelligence secret services, has published more information on Thursday about the arrest in Argentina 60 years ago of the Nazi officer Adolf Eichmann., a war criminal and considered one of the main perpetrators of the final solution and the transfer of thousands of people to the concentration camps.

The Shabak has published for the first time some of the photos that were taken before the arrest of Eichmann by Mosad to be transferred to Israel where he was tried for war crimes and crimes against humanity and executed by hanging in 1962.

“This was the end of a complex operation by Mossad and Shabak, away from Israeli territory, in a foreign and unknown environment, which was based on rigorous and precise planning,” Nadav Argaman, head of the Shabak, said in a statement released this Thursday. “The execution [de la misión] it required courage, thorough planning, professionalism, determination, adherence to purpose and faith in the rightness of the way“ 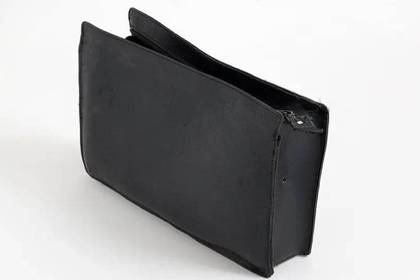 A page from the search dossier has also been published, with which Eichman was first documented after his flight from Germany after the fall of the Third Reich.

That night, I strove to forcefully clarify to people the moral and historical uniqueness of the act they were about to execute. They ensured that one of the greatest criminals in all of history, who for years managed to escape the hands of law and justice, was tried in Jerusalem, the nation’s capital where six million of its people were massacred by the murder machine that he ran“said Isser Harel, the Mossad director who oversaw Eichmann’s capture, during a briefing on the mission.

Eichmann has been branded as the “architect” of the Holocaust and has been held responsible for the murder of millions of Jews under the Nazi regime. 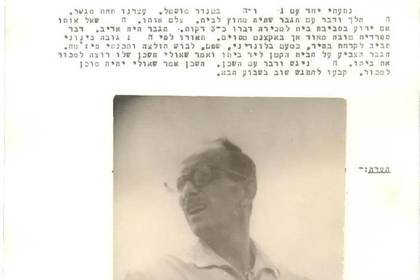 The logbook in which Adolf Eichmann was first photographed by a secret camera.

“We understand the magnitude of the right that has fallen on us and as the mission of our organization indicates:‘progress at all times and in all places, thanks to people with a sense of mission, for the security of the State of Israel ” Reads a statement from the Shabak, which turns 60 since the operation.

At the end of World War II, Eichmann was arrested by the United States Army. However, he escaped from his captors and finally went to Argentina, where he lived under the false name of Ricardo Klement.

Mosad carried out his kidnapping in May 1960. Eichmann has lived in Argentina since 1950 under a false identity. In April 1961 he was brought to trial in Jerusalem, sentenced in December 1961, and hanged on May 31, 1962.. His body was cremated and his ashes scattered in the sea, beyond the territorial waters of Israel, he reported. The Jerusalem Post.

Judgment and gallows for the monster: the final days of Adolf Eichmann, the architect of the Holocaust

How Adolf Eichmann escaped from Europe and lived in Argentina

60 years after the “Final Operation”: the incredible capture of Adolf Eichmann in Argentina

French President Emmanuel Macron announced Thursday night that he is preparing with his US...
Read more

A famous artist surprises everyone by divorcing her husband, the artist – Al Bashaer