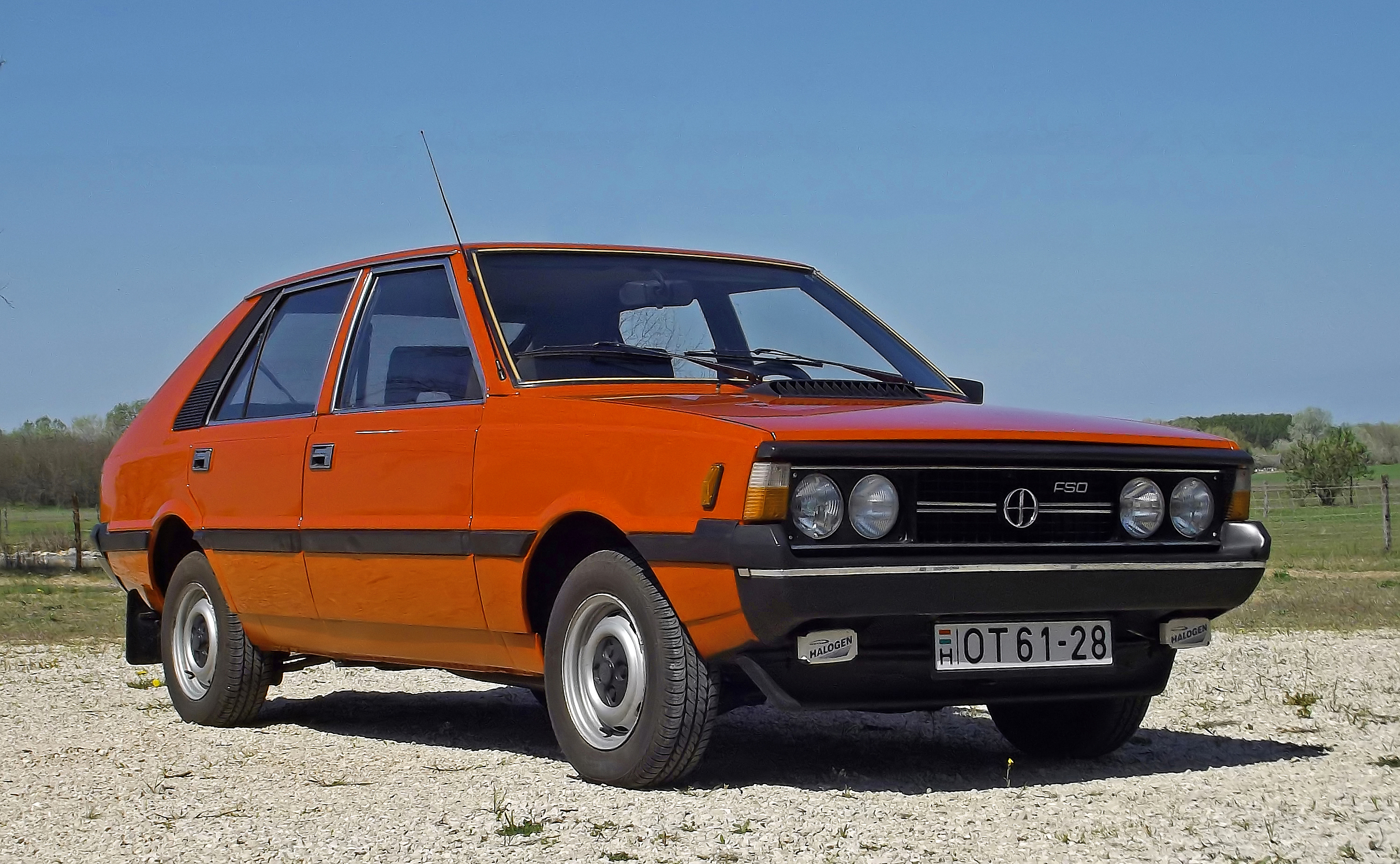 Since they were not officially marketed, domestic motorists were able to meet the Polonez models mostly at exhibitions or thanks to Polish tourists visiting Lake Balaton, with very few Hungarian license plates. It was practically a disguised Nagypolszki, but with a hatchback, designed according to safety regulations, and partially designed by an Italian star designer. We found a Western export model in immaculate condition at home.

There is nothing to beautify, the Polonez technique was considered outdated even when it was released in 1978, because and the Polish Fiat 125p used its floor pan and drivetrain, which is an even older model from the 1960s Fiat 1300/1500 he had an inheritance. But that was enough, because the FSO (Fabryka Samochodów Osobowich: Passenger Car Factory) plant devoted its little currency entirely to the design of the new body. At that time, the cooperation with Fiat was still ongoing, so the target was the 1970 Fiat ESV (Experimental Safety Vehicle) study car.

Its bodywork was adapted by two famous Italian designers, Giorgetto Giugaro and Walter de Silva, to the basics of the 125p, and the final design touches were made by FSO chief designer Zbigniew Watson and his team. The new hatchback looked particularly modern, especially compared to Ladas, Škodas and Wartburgs, moreover, it was the only Eastern European car that met the strict American road safety regulations. Of course, the old-fashioned interior of the Nagypolszki with a tachometer and kilometer clock, with artificial leather upholstery, was also discarded, and a completely new dashboard and seats were designed instead.

A surprising number of body and engine variants

What remained was the 1300 or 1500 cc, outdated pushrod engine, which initially drove the rear wheels through a four-speed gearbox. As a legacy of the 125p, the chassis with double wishbones at the front and simple leaf springs at the rear with four disc brakes was also retained. There was also a modern and muscular version with a two-liter, DOHC-controlled Fiat engine, but unfortunately the FSO could not pay the license fee, so only a few of these were made, mainly for government officials, plus a few racing cars were also produced from them – the latter were also used in the Monte Carlo Rally the Poles.

As the 1980s arrived, major developments lasting several generations began. The Polonez was also produced as a three-door hatchback, a rare coupe, an ambulance, a pick-up, a fire engine and a service car. In 1983, they tried the Italian VM Motori’s two-liter, 83-horsepower turbodiesel engine, and later, Volkswagen’s 1.6 naturally aspirated diesel engine was installed. There were also injected and some supercharged versions of the gasoline ones, followed by the PSA (Peugeot-Ctroën) 1.9 naturally aspirated and the Italian FNM 1.4 turbodiesel; finally, Ford’s 2.0-liter, and Rover’s 1.4-liter gasoline engine entered the engine compartment in 1994 – a complicated story.

Cooperation with Daewoo started in 1995, which lasted until Polonez production was stopped in 2002. the FSO brand also ceased. It is interesting that under the authority of the Korean giant, the distribution of the diesel-engined, single- or double-cabin commercial vehicle (FSO Roy) also began in Hungary, but earlier, in socialist times, there would have been a greater demand for the original passenger car Polonez. Despite being exported to some Western markets, the car with modest protection against corrosion, but at the same time cheap, allegedly under Soviet pressure (mainly because of Lada interests), was taboo in most countries of the KGST.

The five-speed gearbox was a big word at the time

It is no wonder that it is a very rare type as a veteran, to the best of our knowledge, there are only two beautiful examples running in our country. The chief mechanic of one of our presentations: a Belgian export model, with a 1500 engine and a five-speed gearbox, which has been beefed up from 75 to 82 horsepower. Its current owner bought it six years ago from another collector, it was in very good condition, it only had to be adjusted on the thresholds and one of the doors, and then it could go for the OT test. There is no doubt that compared to the Nagypolszki, the comfort and appearance of the passenger compartment has also improved a lot, the reclining seats were a pleasant surprise, and the legroom in the front and back is quite acceptable.

The instrument cluster is a bit of a disappointment, the designers must have wanted to create something unusual and attention-grabbing, but it backfired; the watch group with its youthful design is hard to see. Before our test, the Polonez stood still, but with a little suction and some gas pumping, it came to life easily. It is recommended to warm it up a bit before starting, because the engine works reluctantly when cold, and the organ is metallic and Italian, but not as loud as the 125p, because a sound-absorbing cover was installed on the engine hood, and the sound insulation of the passenger compartment is probably more effective.

The car, which is heavier than the Nagypolszki, accelerates quite briskly, the shifter sticks out of the center console at an unusual 45° angle, but it falls well in the hand. It goes on short journeys, you have to push into the gears with firm movements, but at the same time it is precise and the clutch is not hard. At the time, many people criticized the slowness of the Polonez, and it really isn’t a powerhouse, but it didn’t disappoint us: in fourth gear it reaches a traveling speed of 110-120 km/h relatively quickly, and fifth gear is more for saving. The wind is loud on the highway, but above 100 the engine sound dominates.

The driving experience is more old-fashioned than the form

Although in the 1980s, the rear rigid-axle-leaf-spring chassis was already considered old-fashioned, it gently takes the car over minor road defects. It runs tolerably in a straight line, cornering is a different story: with its tall build and somewhat uncertain steering, the experience is not pleasant. If we don’t force the high speed, it turns nicely, predictably and, of course, leans. Its worm-wheel steering wheel has no assistance, but it is still not as difficult to turn as the Ladák’s. There is some backlash, but it remains at an acceptable level, and the padded steering wheel with the FSO inscription also appeared in Nagypolszki over time.

Its four-disc, servo brake system was considered quite good back then, but the distribution of braking power is strange: it is biting in urban, stop-light traffic, so you have to practice the delicate handling of the pedal, while on the country road, when slowing down from a higher speed, it already seems weak. Overall, the Polonez was below average in the West, but in Eastern Europe it could have been a dream, if only because of its practical five-door design. Instead the socialist hatchbacks (Lada Samara, Škoda Favorit) had to wait until the system change for mass distribution, but in return they were technically more recent.

More to read at Retro Mobil in the August issue: