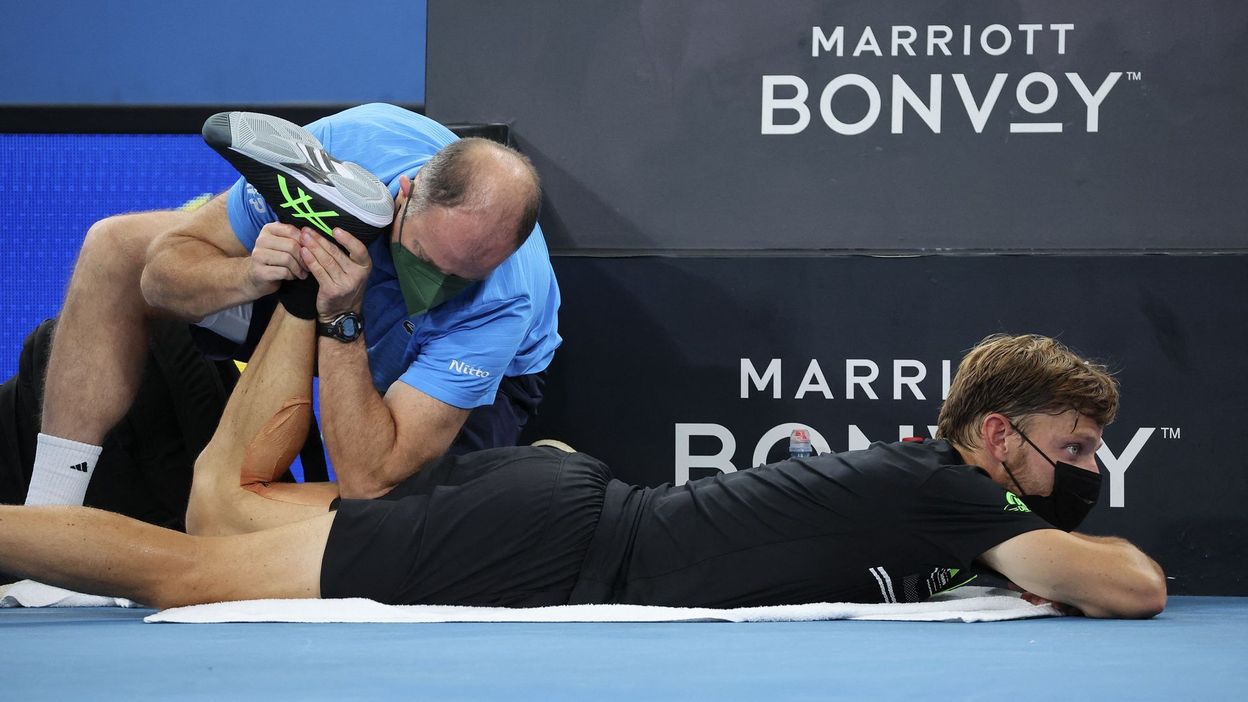 Forced to retire due to knee pain during his quarter-final against Andy murray in sydney, David Goffin does not intend to give up on the first Grand Slam of the season, the Australian Open, which begins Monday in Melbourne.

The Belgian player, who is not “not worried at the moment”, will try to be ready for his first-round encounter against Daniel Evans.

“Yesterday during my game (in front of Denis Kudla, victory 6-2, 6-3, note), I suddenly felt a pain in my knee, and it bothered me a little bit, reacted David Goffin after his retirement. For a few points, a game or two, it was a bit weird feeling, I had never felt this pain. As it was hot, I was able to finish my match without any problem. But when it cooled down, I felt some pain during the evening and night. And this morning it was a little swollen and watery on the inside of the knee. I did some treatments this morning, and I hope it’s not too serious. After I retired against Andy Murray, I consulted the doc and the physios, and it doesn’t seem to be too serious. I will now do more exams, an MRI on Friday morning, and we will know more about the treatments to follow. These days it’s time for treatments, and I’ll also keep in touch with the ball to try to be ready for my first round in Melbourne. Of course it will happen quickly, but for the moment, I’m not worried: today, I didn’t dare go because this pain had scared me yesterday. Sometimes I felt it, sometimes not. There was no point in continuing to play under these conditions.”