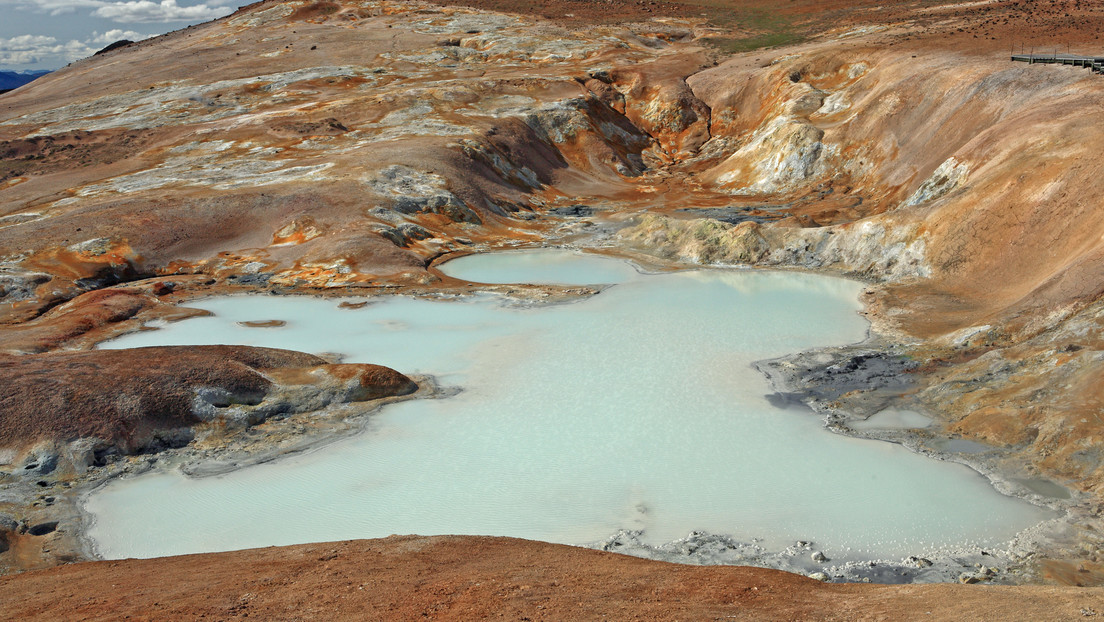 According to the researchers, this project will help to better understand the origin of the continents, the dynamics of volcanoes and geothermal systems.

An international team of scientists from 38 research institutes and companies is preparing to drill the crater area of ​​the Krafla volcano (Iceland) to a depth of two kilometers, with the aim of creating the world’s first underground magma observatory.

Located in the northeast of the island, the crater is filled with turquoise water and fumarolas that give off steam and sulfur, which is why each year attracts multiple visitors eager to take pictures there and publish them on their social networks.

But the Krafla volcano not only concentrates tourist potential, but also energetic and investigative.

Precisely, these last two aspects are being developed by the Krafla Magma Testbed (KMT) team, a project of 100 million dollars which was launched in 2014 and whose first drilling is scheduled for 2024.

“There is no such observatory and we have never witnessed underground magma, apart from three fortuitous drilling encounters” in Hawaii, Kenya and Iceland, says Paolo Papale, of the Italian National Institute of Geophysics and Volcanology, in statements to AFP.

The main intention of the scientists is to reach a well full of lava, the molten rock kilometers deep that, contrary to the lava on the surface, remains unknown terrain.

“Know where the magma is located it is vital to be well prepared“Papale adds.” Without it, we go almost blind, “he warns.

According to the researcher, this project “has the potential to be a huge progress” in our ability to understand the origin of continents, the dynamics of volcanoes or geothermal systems. On the other hand, it also aspires to advance in the exploitation of geothermal energy and in the prediction of volcanic eruptions and their risks.

“Thanks to this project, we want to develop a new technology to be able to drill deeper and get this energy never exploited before“says Vordís Eiríksdóttir, executive director of the geothermal exploitation of Landsvirkjun, the national electricity company.

Kilometers underground, the rock reaches such extreme temperatures that it acquires an intermediate state between the liquid and the gaseous states, generating energy between five and ten times greater than that of conventional wells.

However, drilling in such an extreme environment is technically challenging. Corrosion from fiery steam will be one of the biggest hurdles drilling materials will face, although project engineers and scientists are confident that they will overcome it.