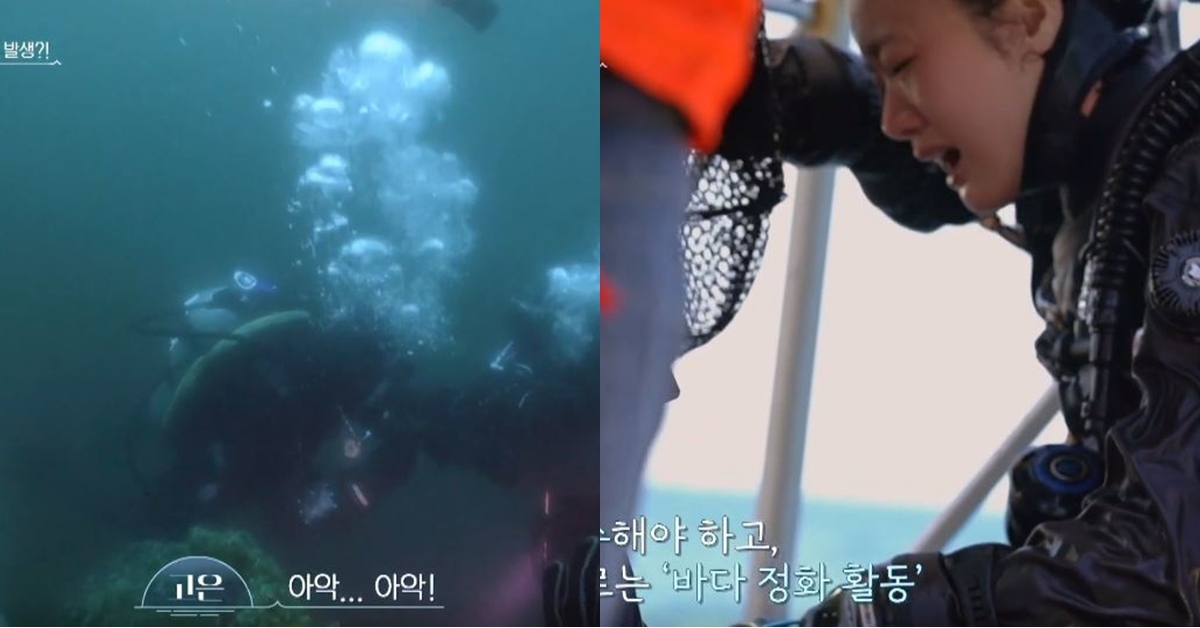 Actress Kim Go-eun shed tears in a sudden situation in the sea.

In JTBC’s ‘The Desired Sea’, which aired on the 24th, Kim Go-eun was depicted cleaning up the sea in Goseong.

On this day, Kim Go-eun and the lifeguards jumped into the sea carrying heavy equipment. A safety officer explained, “If there are any waste nets or fishing nets, we collect them and stay at the top of the peak and move around.” The cleaning work was carried out at a depth of 30 m.

Kim Go-eun grabbed the safety leash and collected the waste trap caught between the coral reefs. A problem occurred while searching for the next piece of garbage. He hurriedly approached the security guard and complained that there was a problem with the mask, saying, “The water keeps leaking.” It was difficult to breathe because the pressure on the mask was loosened.

Security personnel approached and rearranged the mask, but the situation was not easily resolved. Eventually, the security guards decided to stop working and leave.

Kim Go-eun, who came out of the water, took a deep breath and shed tears in embarrassment. After some time passed, he found stability, and recalled the situation at the time, saying, “I continued to drink sea water. I did what I was taught, but water came in. It came in through my mouth every time I breathed. So I continued to swallow the sea water.”