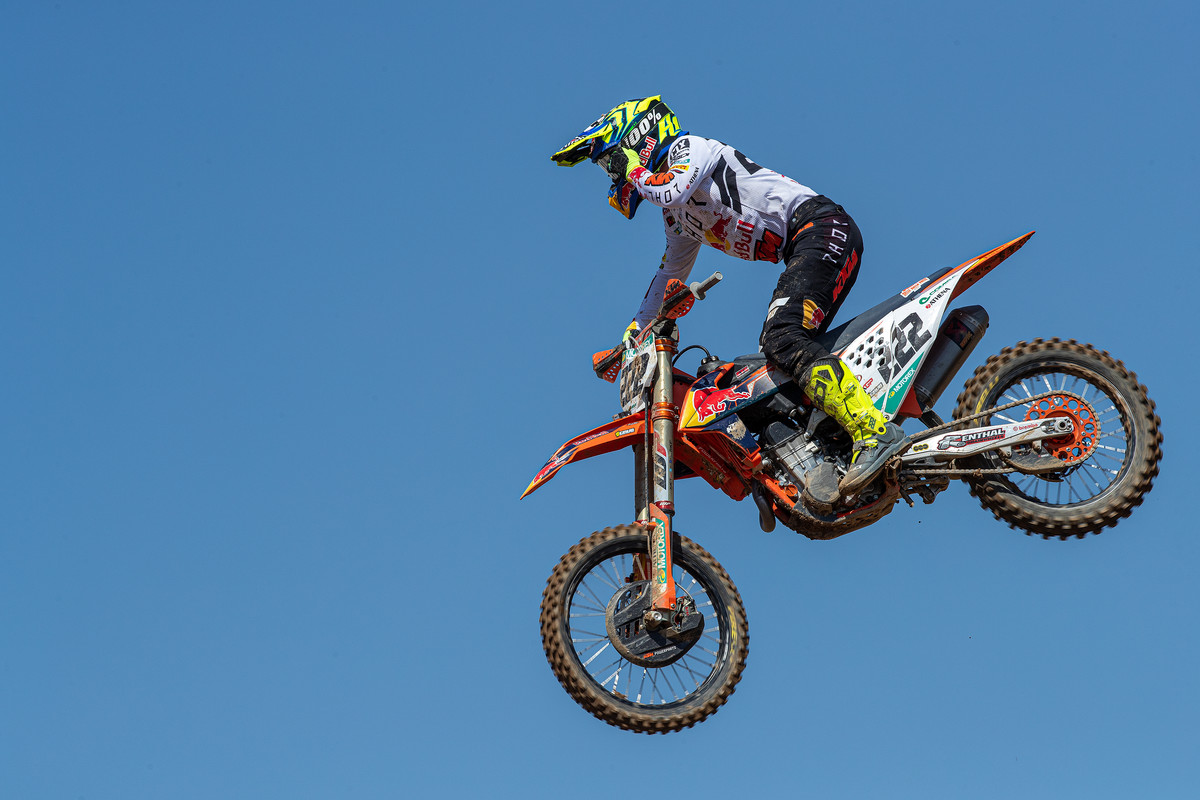 What do Tony Cairoli and Valentino Rossi have in common? From today, the fact that at the end of 2021 both will hang up their helmets, at least as regards professionalism in their own discipline. And both of them have taken bursts of success and nine world titles, making them among the most successful riders in motorcycling history.

Both very Italians, from the heart of Sicily Tony has been able to become the true master of the off-road world and has withstood an incredible series of opponents who have faced him over the years. A very hard discipline that of the cross, which in the face of the undoubted spectacle able to offer to the public, asks a very high price to be paid to each pilot.. Cairoli was not far behind and unfortunately suffered many injuries, but he never gave up and is often back competitive after dark periods. A feature that only true fields have and there really is no one in the world who can deny that Tony is.

Not only the numbers say it, but also the cheering and affection of the fans that shows for Tony every time the world championship moves. A passion that perhaps in Italy has never received the space it deserved, because Cairoli from a certain point of view had the misfortune of writing the legendary pages of his career almost in the same period in which Valentino was doing the same thing in MotoGP. Rossi’s star has too often eclipsed his cross victories and perhaps did not allow everyone to really fall in love with this Sicilian champion, who could also have challenged the American Supercross champions on an equal footing., only to choose to stay in Europe, alongside his family and friends. That small group of people who have always been by his side and to whom Tony has simply sworn allegiance.

Cairoli, however, has a great advantage over Rossi, namely the fact that he can still fulfill the dream linked to winning the tenth title. The Sicilian is in fact only 29 points from the top of the world championship at the moment and math is still keeping him in the game, however hard the company is. Tony, however, believes in it, as it should be and aims to establish a record that will not add much to his already extraordinary career, but which would allow him to end a fantastic adventure in style.

“It wasn’t an easy decision – Cairoli said – I have always said to pay little attention to numbers and statistics. For me and my family it would have been a success to win just one world title in my career, and what I have achieved is something truly special. I feel the time has come to stop and everything around me confirms that it is the right decision; despite this, we are still in the race for the title and as always we are motivated and focused. ”

An extraordinary career, lived at the highest level and linked in recent years to KTM, a company of which Tony will become Ambassador at the end of the season.
“I want to thank all those who have helped me and have been close to me since I started racing the World Cup and all along my path, and of course I want to thank the fans for the enthusiasm and support they have given me over the years. I felt an integral part of the KTM family from the very first day and we will continue our relationship, working together, just in a different way. At the end of the 2021 season there will still be many challenges to face, but at the moment our goal is clear ”.

For its part, KTM expressed all its gratitude through the words of Pit Beirer.
“Our story began in an amazing way because when Tony joined KTM we had not yet won a title in the premier class and we were developing the KTM 350 SX-F, so we had two challenges to win. – recalled the manager of all sport for KTM – The five consecutive world titles and the success of the ‘350 project’ were key steps for us. Over the years our relationship has become increasingly close and our friendship has grown even more. Many of the victories won in the USA and in MXGP came precisely thanks to those early years with Tony and the trust he placed in us and in our vision of the future. We have not forgotten this and we will never forget it ”.