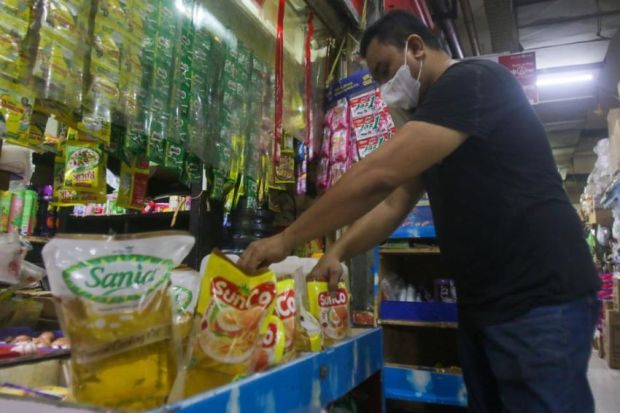 JAKARTA – In the midst of soaring prices cooking oil In recent weeks, packaged cooking oil is now reportedly experiencing a shortage. Traders and consumers are also affected by this condition.

Based on monitoring by MNC Portal Indonesia (MPI), a number of traders at the Dramaga Traditional Market, Bogor, admitted that they did not receive packaged cooking oil, thereby reducing their stock of goods as a sales strategy in the midst of skyrocketing prices.

One of the cooking oil traders, Anwar (36) said, since the price of packaged cooking oil has skyrocketed, he prefers to reduce the stock. This is done in order to avoid significant losses.

“Because the price was soaring, I reduced the stock. Usually I take two boxes, now I only take one. It’s a good amount of money, instead of buying oil stock, it’s better to switch to buying vegetables,” he said when met by MPI at his shop, Sunday ( 21/11/2021).

According to him, oil prices are increasing almost every day. “For example, today I bought it at an agent for IDR 18,000 (per liter), tomorrow it could increase to IDR 18,000 more. Instead of that, I just switch it to something else. That’s just my strategy,” he said.

He revealed that for the past few days the sales side who regularly offered packaged cooking oil did not provide the usual quota. Before the price of cooking oil rose, Anwar admitted that he could take five boxes for stock for two weeks. However, now the ration is only allowed to take two boxes.

“Usually, the salespeople offer here to give me five boxes of cooking oil, but now they say they are running low on stock. At least they can only take two boxes at most. Sometimes I also ask for two boxes, but they only get one,” he explained. “Yesterday I just asked for two liters of oil in one box, but the sales didn’t have it. So I was only given one liter of oil,” he added.