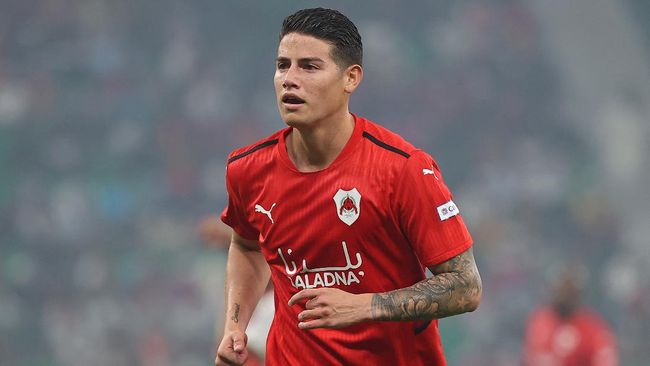 Colombian star James Rodriguez saved the life of the opponent, Ousmane Coulibaly, who had a heart attack during the fight Al Rayyan against Al Wakrah in the continuation of the Qatar League, Saturday (8/1).

Coulibaly suffered a heart attack during the 42-minute Al Rayyan vs Al Wakrah match at the Jassim Bin Hamad Stadium. The 32-year-old defender suddenly fell under the crossbar when he wanted to anticipate James’ kick.

In a video that has gone viral on social media, Coulibaly can be seen convulsing under the crossbar. James was then one of the first to approach Coulibaly and provide first aid before the medical team arrived.

The medical team then managed to take action that was able to save Coulibaly. But James is called Al Wakrah’s team doctor, Mukhtar Shabaan, who was instrumental in saving Coulibaly’s life.

The Al Rayyan vs Al Wakrah match last weekend was then stopped after the Coulibaly incident. Al Wakrah confirmed that Coulibaly is in a stable condition in hospital.

The match then resumed on Monday (9/1) and Al Rayyan won 3-0 with two additional goals from James. Before Saturday’s match was postponed, Al Rayyan had won 1-0 through Shoja Khalilzadeh’s goal.

Prior to Monday’s match, all players from Al Rayyan and Al Wakrah performed a guard of honor as a tribute to the medical teams from both clubs for saving Coulibaly.