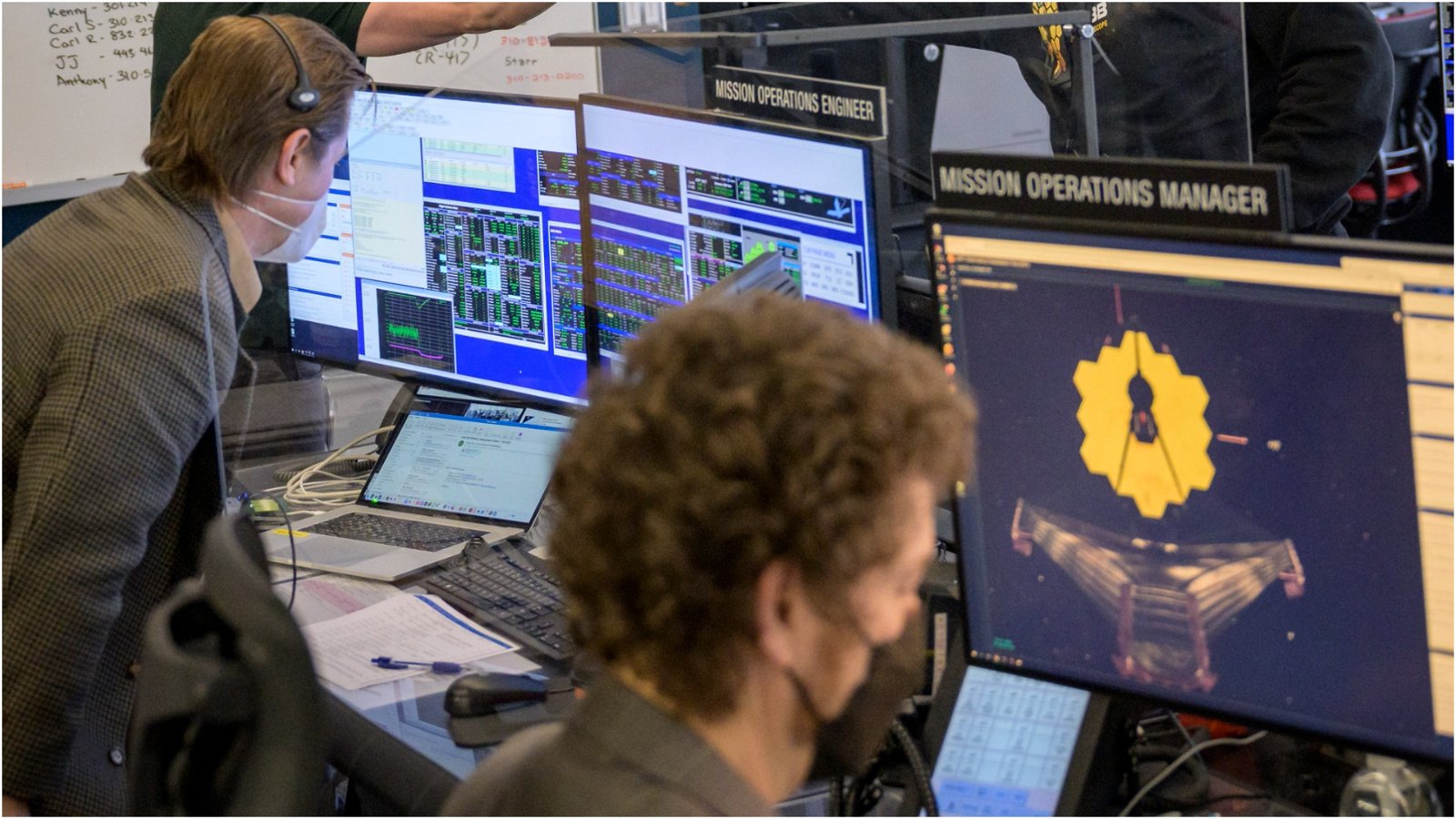 The James Webb Space Telescope has arrived at the position where it will view the universe. The telescope is therefore located about 1.5 million kilometers from Earth.

Everything went smoothly, according to NASA. Now James Webb in position scientists can align it as part of the preparation for the observation of the universe.

“We are one step closer to unraveling the mysteries of the universe. And I can’t wait to see Webb’s first new look at the universe this summer,” NASA Director Bill Nelson told the AP news agency.

On Christmas launched the telescope with an Ariane 5 rocket from the European space base in French Guiana. Thirty days later, James Webb has arrived at the place in space where he will observe the universe.

That parking lot is called Lagrange Point 2 (L2), which is located on the night side of the Earth 1.5 million kilometers away. Technicians on Earth will spend the coming weeks and months fine-tuning the telescope to prepare it for observations. The main task is now to focus the mirrors with a total width of 6.5 meters, which consist of eighteen segments.

“It takes quite an intensive effort to take all those 18 segments out of their current state and make them work as one large mirror, and also to bring the secondary mirror into its optimal state,” Charlie Atkinson told the BBC. . Atkinson is chief engineer for the Webb project at Northrop Grumman, the US aerospace company that co-led the development of the telescope with US space agency NASA.

“We know that when we first focus on a star in space, we will actually see 18 different spots of light because the 18 individual mirror segments will be misaligned,” said Begoña Vila, an instrument systems engineer at the US Space Agency.

“But we will adjust the mirrors to bring all the spots together into one star that has not been deflected and is good for normal operations. It’s a long process. Commissioning could take up to three months, but we are ready,” she told the BBC.

Scientists want to use the space telescope to search for planets where life is possible, distant galaxies and never-before-seen traces of the Big Bang.