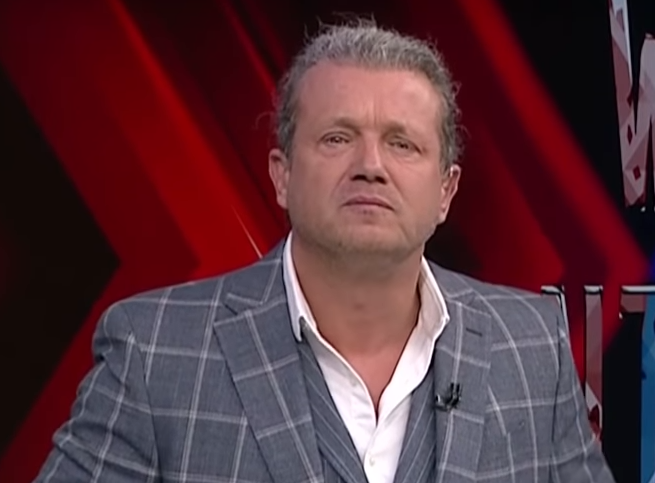 Center for Monitoring Racist and Xenophobic Behavior (OMZRiK) reported to the prosecutor’s office about the possibility of the actor committing a crime Jarosława Jakimowicza, today a presenter and commentator associated with TVP Info. The prosecutor’s office dismissed the case, which resulted in an appeal by the Center.

There will be an interrogation of Jakimowicz

“Because the prosecutor’s office available to the ruling party did not want to investigate his case – we appealed to the court and won! Jarosław Jakimowicz “, the Center for Monitoring Racist and Xenophobic Behavior informed on Thursday morning.

According to OMZRiK, Jakimowicz is now to be interrogated and to accurately describe when and how he committed the prohibited acts. “Other persons aggrieved by the perpetrator’s actions will also be interviewed. It is about violations of the law of Articles 256 and 257 of the Penal Code, for which a penalty of up to 3 years imprisonment will be made” – added the Center’s social media post.

Section 256 of the Criminal Code deals with the promotion of fascism or other totalitarian regimes, and section 257 on attacks based on xenophobia, racism or religious intolerance.

– Everyone who keeps their eyes open can see what these judgments are, as they are, their judgments. Exchange? The prosecutor’s office did not refer any Jakimowicz case to any court! There is nothing. These are old documents, and it is long after the application has been processed. There is no justice in this country !!! Kaczyński, Kurski, and Ziobro arranged it for him. Comedy! Embarrassment! – commented on the owl Instagram Jarosław Jakimowcz.

Jakimowicz in his book described an attempted human trafficking

For Jarosław Jakimowicz, it will be another case in which he is suspected of breaking the law. Let us remind you that in October last year the District Court for Warsaw – Praga Południe ordered the prosecutor’s office to conduct proceedings in the case of “suspected participation in trafficking in human beings by Jarosław Jakimowicz”. In his autobiography (published in 2019), Jakimowicz described a situation in which he was allegedly offered a 12-year-old girl in exchange for two thousand marks. The former actor takes the position that it was literary fiction.

See also: The Center for Monitoring Racist and Xenophobic Behavior wants to sue TVP en masse in defense of LGBT people and refugees. The collection on the Internet has started

Another case in which the name of the TVP star appears is that described at the beginning of last year by journalist Piotr Krysiak. He suggested (without giving his name) that a journalist cooperating with TVP was to have raped a participant in the Miss Generation contest. Jakimowicz then brought a lawsuit against him and Krysiak, as well as TVN television, which prepared material about it for “Notes”. The trial in the case of Piotr Krysiak, however, cannot begin, because the defendant has not yet received the summons and no one can indicate a place where it could be handed over to him. Therefore, the case may soon be discontinued.

Jarosław Jakimowicz he is a former actor, and currently a commentator on #Jedzemy w TVP Info, and also a co-host of the program “W kontrze”.