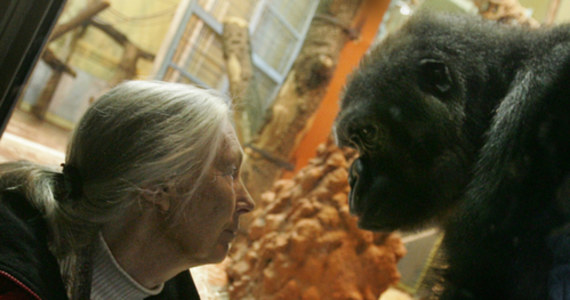 Jane Goodall, the famous British environmentalist whose greatest recognition was brought by groundbreaking research on chimpanzees in Africa, appeared in the episode of “The Tonight Show Starring Jimmy Fallon” aired on Wednesday. Goodall initiated the “Trees for Jane” campaign to plant trees to stop catastrophic climate change. “Thanks to our new website, anyone can get involved in the project. Just click a button and you will immediately become part of a global community that takes action to remove carbon dioxide from the atmosphere by planting trees” – explained the expert. The host of the program, Jimmy Fallon, joined the researcher’s campaign and declared his participation in the project. “It’s your turn. Please plant a tree. Do it for Jane. Do it for all of us,” he appealed to the audience.

When creating the “Trees for Jane” campaign, Goodall was inspired by the Triillion Trees Challenge project – a UN initiative that aims to plant 1 trillion trees by 2030. This is because so many trees are needed to balance the amount of carbon dioxide produced from the combustion of fossil fuels, transport and the processes associated with the production of industrial goods. Excessive carbon dioxide emissions can lead to a climate catastrophe announced by environmentalists.

“We have this absurd belief that economic development can exist despite the planet’s finite resources and an ever-expanding human population. It’s impossible. Climate change is starting to hit us as well. Hurricanes are becoming more frequent, droughts are extreme. Considering this is happening. is also happening in Europe and the United States, and not only in Bangladesh and India, maybe our leaders will finally wake up. Because so far they thought that this progressive catastrophe has nothing to do with us “- emphasized Goodall in an interview with” People “.

The researcher emphasizes that although the UN initiative is extremely necessary, it is based solely on cooperation with corporations and governments. What she believes is lacking in it is the involvement of ordinary citizens. “We need a grassroots movement and increasing people’s awareness,” he explains. The answer to this need is the action “Trees for Jane”, initiated by the award-winning filmmaker and founder of the Jane Goodall Legacy Foundation, Jeff Horowitz. “Jeff has come up with this great campaign that anyone can get involved in. Whether you live in the countryside, suburbs or big city – you can get involved and help reduce the damage caused by carbon emissions. I expect Angelina Jolie he will also join us “- adds the expert.

Don’t throw away the banana peels. Thanks to them, plants can withstand frosts or droughts more easily
Interia.tv