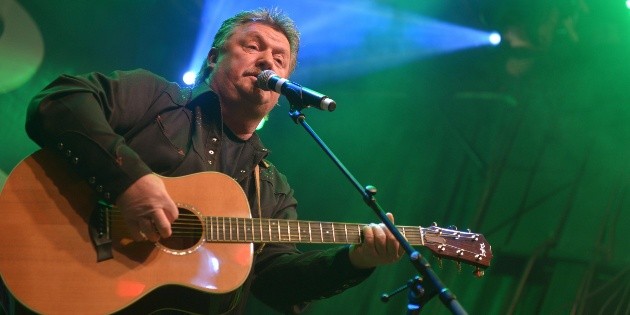 American singer Joe Diffie, announced last week that her test result COVID-19 had come out positive, but had complications so he died this Sunday at age 61.

With a career in the country genre and 13 albums, Diffie made famous songs like Not too Much to Ask, in collaboration with Mary Chapin Carpenter that made him nominated for the awards Grammy in 1993.

Although he did not take the category, he won the statuette in 1998 with the theme Same old train, along with Marty Stuart. Throughout his career, he had 35 singles on the Billboard chart and five of them reached number one, including Pickup Man, Bigger Than the Beatles, and If the Devil Danced (In Empty Pockets).

In a statement released by various foreign media, Diffie announced last Friday that he had a coronavirus. “I am under the care of medical professionals and I am currently receiving treatment. My family and I are asking for privacy at this time. We want to remind the public and all of my fans to be vigilant, cautious and careful during this pandemic.”

Finally, the member of the Grand Ole Opry for 25 years, lost the battle with the pandemic this Sunday, various media reported in a news story confirmed by his publicist. Diffie was active, because at the end of 2019 it had launched the vinyl “Joe, Joe, Joe Diffie“, one versions re-recorded of some of his songs from the past.