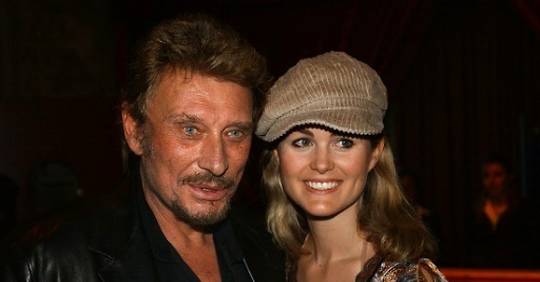 He was a legend in the French-speaking world but in Los Angeles, the city of Hollywood celebrities, Johnny Hallyday was a discreet star who however continued to “devour life”.

Since the early 2010s, the French Elvis lived part of the year at “L.A.” with his wife for over twenty years Laeticia and their two adopted daughters Jade and Joy.

In the Californian megalopolis, the interpreter of “Something from Tennessee”, did his shopping like everyone else, frequented chic restaurants like The Little Door (run by the French) or Nobu in Malibu, on the edge of the Pacific.

At the Shamrock Social Club tattoo salon on Sunset Boulevard, the boss Mark Mahoney is sorry for his disappearance: “He is the most alive person I have ever met, he devoured life. He drank, he smoked like there was no tomorrow. It was amazing to be around him. “

He says he ate with him “the best meal of his life, for hours after meal,” and remembers having done about ten tattoos for him, including a portrait of his wife Laeticia. At the salon, he sometimes came with his family, sometimes alone.

Their “abandoned singer” had settled down permanently in 2013 in the upscale district of Pacific Palisades, choosing a large white wooden house with a gray roof. The garage houses a collection of fine displacements: Rolls Royce, an AC Cobra Bleue, Harley Davidson motorcycles …

Overshadowed by neighbors more famous than him across the Atlantic such as Ben Affleck, Tom Hanks, Steven Spielberg or, just opposite his property, actress Kate Hudson, “the idol of the young”, who died Wednesday at 74 years old, lived in almost perfect anonymity.

In its street with closely cut lawns and gardens and vast mansions sometimes hidden by tall fences, the neighbors opened their eyes when they were asked, a few days before the disappearance of the star, if they knew Johnny Hallyday or Jean-Philippe Smet, his name in civil status.

“It’s very quiet here,” said Sandra Morton, who has lived at Pacific Palisades for 50 years. She had never heard of the singer either.

A few kilometers away, in the French school with the pretty blue fence where her daughters are schooled, a supervisor ensures that they are raised like all little girls their age.

Jean-Philippe Smet’s love affair with the United States dates back to the 1950s when he discovered Elvis and rock. He drew his inspiration from American music and, throughout his career, he has traveled the country many times, for countless concerts and recordings.

From the mid-1970s, he spent about ten years in the City of Angels, settling there with Sylvie Vartan and their son David, both to be close to recording studios and musicians with whom he went on holiday. tour, but also, already, to flee his fiscal troubles.

After his separation from Sylvie Vartan, he briefly married actress Elisabeth “Babeth” Etienne in 1981 in Beverly Hills, before divorcing two months later.

The one who was much criticized in France for his “fiscal exile” in Switzerland said in his autobiography “In my eyes”, published in 2013, that he had left France to pay less taxes but also to change atmosphere.

“I have always wondered why in the United States when you have a nice car, guys smile and say you are great, and in France you are called a thief”.

See also  Michoacán. There will be no forced return to classes, says Silvano Aureoles

It was also in Los Angeles that “Johnny” had come close to death and found himself three weeks hospitalized in a coma in 2009 following complications of back surgery.

This was followed by a long convalescence and a period of depression which he had overcome to return to the stage, pursuing a career of exceptional longevity.