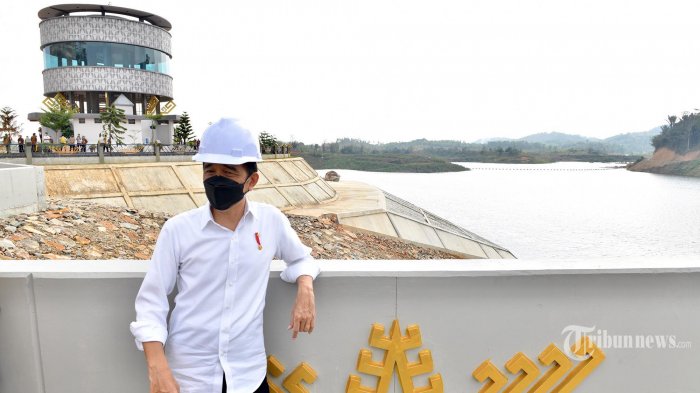 This was conveyed through his spokesman, Fadjroel Rachman, quoted from a video on the Kompas TV YouTube channel, Sunday (12/9/2021).

Fadjroel emphasized that Jokowi has no intention of even being interested in becoming president for three terms.

The reason, according to Jokowi, the constitution has mandated him the presidency for two terms.

For that he felt the need to maintain the constitution.

Not only rejecting the discourse of a three-term presidential office, Jokowi also rejected the extension of the presidential term.

“‘I have no intention, I also have no interest in being president for three terms. The constitution mandates two terms, that’s what we have to protect together.'”

“This is President Jokowi’s political stance to reject the discourse of a three-term president or extend the term of office of the president,” said Fadjroel in a video broadcast on the Kompas TV YouTube channel, Sunday (12/9/2021).

Also read: Regarding the Issue of Position for 3 Periods, Fadjroel: Jokowi’s attitude is like Pandito Ratu

Furthermore, Fadjroel said that if Jokowi will be consistent with the constitution.

Especially in Article 7 of the 1945 Constitution which states that the president and vice president hold their positions for five years.

See also  Rybniki. An accident of a passenger car with a truck. Father Arkadiusz Pietuszewski from Studzieniczna was killed