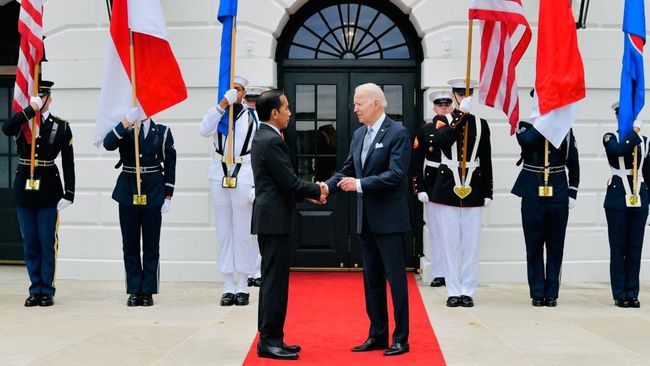 “Mr. Jokowi welcomes America’s initiative through the Indo-Pacific Economic Framework or IPEF and it is hoped that there will be a synergy between IPEF and the implementation of priority cooperation in the ASEAN Outlook on the Indo-Pacific (AOIP),” said Foreign Minister Retno Marsudi in a press release. on the Presidential Secretariat YouTube, Saturday (14/5).

At the special ASEAN-US summit at the White House, Jokowi also said that for more than five decades ASEAN has continued to build an inclusive security architecture, put forward a collaboration paradigm and encourage a habit of dialogue and rules based orders.

Jokowi also said that Indonesia plans to hold the Indo-Pacific Infrastructure Forum when it becomes ASEAN Chair in 2023. He also hopes that the US will participate in the forum.

In his statement, Jokowi also hopes that the ASEAN-US partnership can create peace and prosperity in the Indo-Pacific and the world.

“Mr. President once again expressed his hope that the partnership between the United States and ASEAN can continue to be part of the anchor for peace, stability and prosperity in the region and world prosperity,” said Retno Marsudi.

Previously, Joe Biden and Kamala Harris hosted ASEAN leaders at the White House, and expressed their long-term commitment to Southeast Asia. Biden also pledged US$150 million in aid to ASEAN and will send an ambassador to ASEAN — the first time the position has been filled in five years.

IPEF itself is an offer of a US initiative that will focus on maritime security issues and green energy (environmentally friendly).