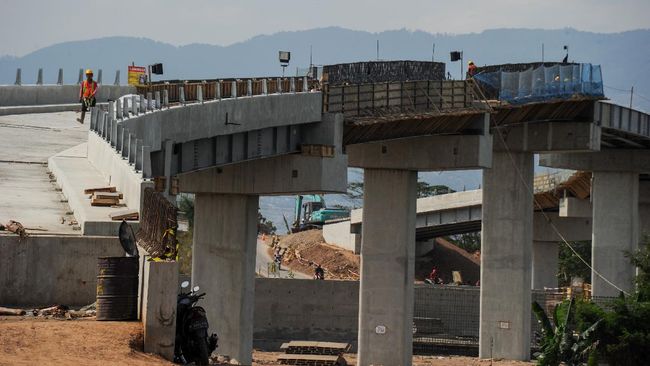 President Joko Widodo (Jokowi) was noted to have changed various strategic work programs for the first period during his second leadership period.

For example, the Jakarta-Bandung high-speed rail project, which was suddenly approved, received funding from the State Budget through the State Investments (PMN). In fact, in 2015, Jokowi promised that the project would not use a single penny of APBN funds.

Some changes are contained in the policy, first the Jakarta-Bandung fast car project, which previously did not use the state budget, is now receiving an injection of state funds. The APBN injection will flow in the form of national capital participation (PMN) to the consortium leaders.

The construction of the high-speed train project continues to be in the spotlight, not only because it is opposed by many parties, but also because the construction is not smooth, there are also cost overruns (cost overrun) the project operated by PT Kereta Cepat Indonesia China (KCIC).

Some time ago, KAI’s Director of Finance & Risk Management Salusra Wijaya estimated that the cost overrun was US$1.4 billion-US$1.9 billion.

Previously, the project funding structure was valued at US$6.07 billion or around Rp.

Consequence cost overrun According to him, he estimates that the government will have to cover additional costs of IDR 4.1 trillion. These costs are in addition to the initial financing of Rp. 4.3 trillion, which has not yet been deposited by the government as the shareholder.

To finance cost overrun In this case, KAI proposed that it be financed through the 2022 State Investment (PMN).

“With the size of this project, with all train projects around the world, loans from government assistance are inevitable because they are very large in size,” he said during a meeting with Commission VI of the DPR, last Wednesday (1/9).

Check Jokowi’s other changed policies on the next page.