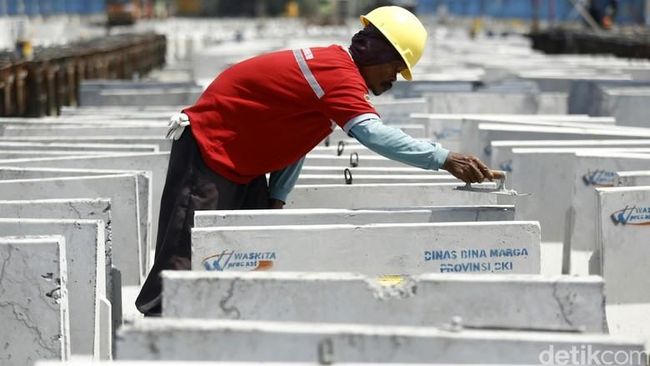 Jakarta, CNBC Indonesia – The Attorney General’s Office (Kejagung) has determined and detained one suspect in a case of alleged corruption in the irregular use of financing facilities from several banks conducted by PT Waskita Karya (Persero) Tbk and PT Waskita Beton Precast Tbk.

The head of the legal information center, Ketut Sumedana, revealed that the corruption crime was committed by PT Waskita Karya (Persero) Tbk’s Director of Operations II for the 2018 period to the present, with the initials BR.

As is known, the position of director of operations II is currently held by Bambang Rianto.

The suspect BR was detained at the Salemba State Detention Center (Rutan) Attorney General’s Office Branch for 20 days from 05 December 2022 to 24 December 2022.

As for the role of the suspect, namely unlawfully agreeing to the disbursement of Supply Chain Financing (SCF) funds with fake supporting documents, where in order to cover up his actions, the proceeds from the SCF disbursement appear to have been used to pay off vendor debt which was later found to be fictitious resulting in losses to state finances .

Jumbo’s Debt, Here’s the Government’s Plan to Save Waskita