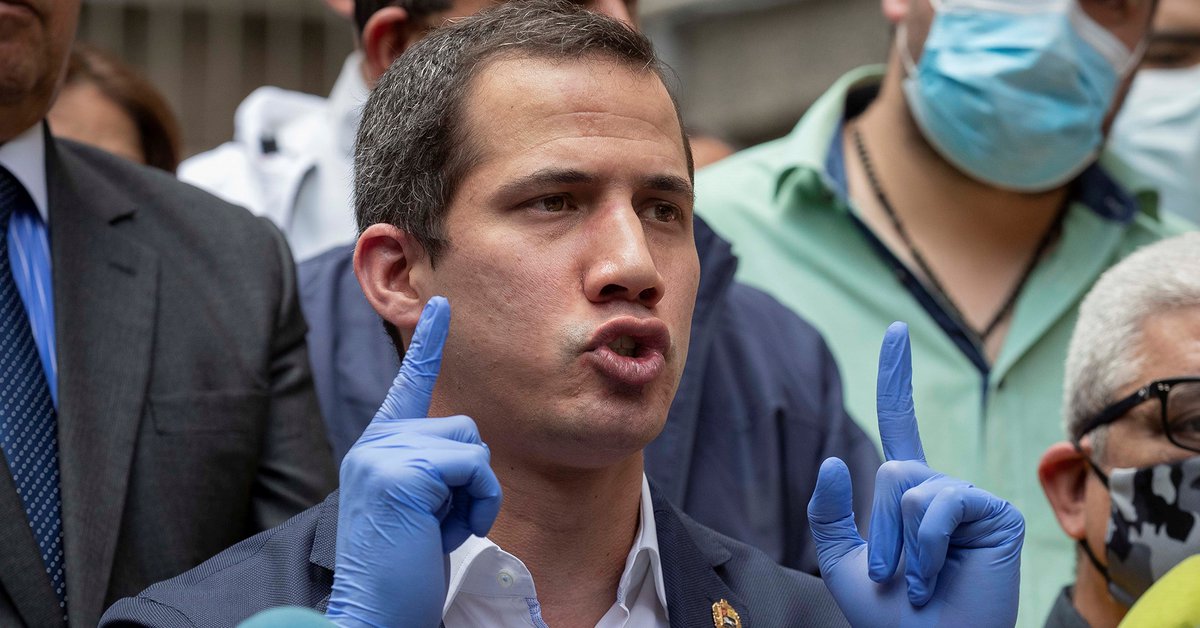 
Venezuelan opposition leader Juan Guaidó insisted on denouncing to the European Union (EU), in a statement made public this Saturday, the “unacceptable conditions” of the parliamentary elections on December 6, an event to which 27 opposition parties have said that they will not show up.

“The act called by the dictatorship of Nicolás Maduro for next December 6 of this year does not meet the most minimal conditions for them to be free and inclusive, which is why we have rejected that farce,” Guaidó said in a statement, addressed to the High Representative of the EU for Foreign Affairs and Security Policy, Josep Borrell, dated last Thursday, September 3.

“The unacceptable electoral conditions remain intact (to which they have wanted to make a veneer to disguise the ongoing electoral fraud),” continued Guaidó, whom fifty countries recognize as interim president.

The letter that Guaidó sent to Borrell is also a response to the invitation made by the Government of Nicolás Maduro to the EU and the United Nations (UN) to participate as observers in the legislative elections. “The conditions that Mr. (Chavista Foreign Minister Jorge) Arreaza informs him in his communication dated September 1, 2020 refer to very partial elements and of very little importance to change the truth about the farce called: there is no possibility of competing” Guadió said about it.

The parliamentary elections of December 6 have generated a wide rejection in many sectors of the Venezuelan opposition for the alleged lack of guarantees, which has led them to classify these elections as “a fraud.”

Nicolás Maduro, at the Miraflores Palace

Among the causes for rejecting the call to the polls is the appointment of the National Electoral Council (CNE) by the Supreme Court of Justice (TSJ) and not by Parliament, with a notable opposition majority, which is the one who must do it, according to the Constitution.

The TSJ, an entity whose legitimacy is denied by the opposition due to the express appointment process of its magistrates, with open sympathies for Chavismo, appointed the rectors of the CNE considering that the National Assembly (AN, Parliament) had failed to its functions. He placed Indira Alfonzo in charge of the electoral body, a woman who was sanctioned last Friday by the United States, and in May 2018 by the Government of Canada.

As a result, a group of 27 political parties have refused to participate in the elections, led by opposition leader Juan Guaidó.

On Friday, the Spanish government said it believed “without any doubt” that at the moment there are no conditions to hold the December 6 elections in Venezuela, despite opposition Henrique Capriles’ move to accept the elections and reject the boycott proposed by Guaidó.

In this sense, the Spanish Government maintained its position, in line with the European Union, that these elections should not take place in the current circumstances.

Amnesty International revealed that the Venezuelan Lieutenant Commander Rafael Acosta Arévalo was “disappeared, tortured and died before a judge.”