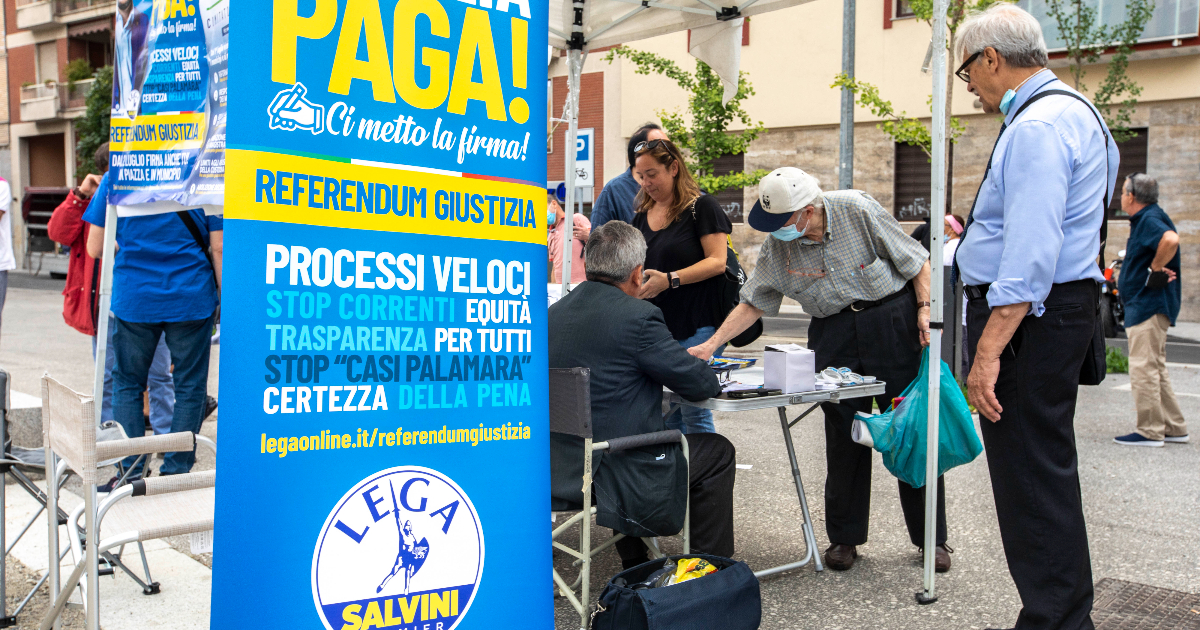 Only one in three Italianson 12 June next, he intends to vote ai cinque referendum on the “just justice”Of the Marca-radical League (out of six) admitted by the Constitutional Court last February. Regardless of the turnout, however, the great majority of voters are contrary to the two most important questions: the one on limits to pre-trial detention and the one on cancellation of the Severino law. To say it is a survey of the institute Demopolis made thirty days after the vote on a sample of 1,500 respondentsof which only the 30% declares that he wants to go to the polling stations. He was born in 56%on the other hand, the percentage of those who will desert the polls, while the 14% he hasn’t made up his mind yet. For the consultation to be effective, the participation of the 50% + one of those registered on the electoral roll: otherwise, the referendum is invalid whatever the result. The quorum therefore appears very far away, despite the unification of the vote with the administrative elections expected in almost a thousand municipalities.

Also to want to enter into the merits of individual questionsthe news for the promoters is not good: well the 58% of those questioned say they are against the abolition of 2012 decree wanted by the former Minister of Justice Paola Severino, which provides for theincandiability and the forfeiture from elected offices for those definitively sentenced to a sentence over two years of prison. The yes to the abrogation reaches an absolute majority only among the voters of the Lega (58%) and tu Come on Italy (53%), while it collapses to 25% among those of Brothers of Italy and minimum percentages between those of Pd (7%) e M5S (4%). Clear opposition also to the question that would like to eliminate the possibility of ordering precautionary measures, motivating them with the risk of repetition of crimes “of the same species of what one proceeds for “(making it very difficult to arrest both white-collar workers and many common criminals):”just a thirdOf those interviewed, reports the institute headed by Pietro Vento, is in favor of the change.

Among the questions surveyed, the only one to reach a rating of more than 50% is that on separation of careers between judges and prosecutors, which moreover is already contained – in fact – in reform of the judiciary approved in the House and under discussion in the Senate. The other two tabs concern theabolition of the number of signatures (rather small) necessary for magistrates to apply for the CSM and the introduction of the right to vote for lawyers in the judicial councils (also already foreseen in the reform). Despite the lack of enthusiasm for the referendums, the evaluation of the judicial system by the citizens is negative: two thirds of Italians, 66%. “The negative evaluations – says the director of Demopolis Pietro Vento – reach the85% among those who have or have had direct experience in court in the recent past ”.

Supporting ilfattoquotidiano.it means allowing us to continue publishing an online newspaper full of news and insights, accessible to all.
But also being an active part of a community and doing your part with ideas, testimonials and participation.

Camici case, the governor of Lombardy Fontana acquitted together with 4 other people (including his brother-in-law Dini): “The fact does not exist”