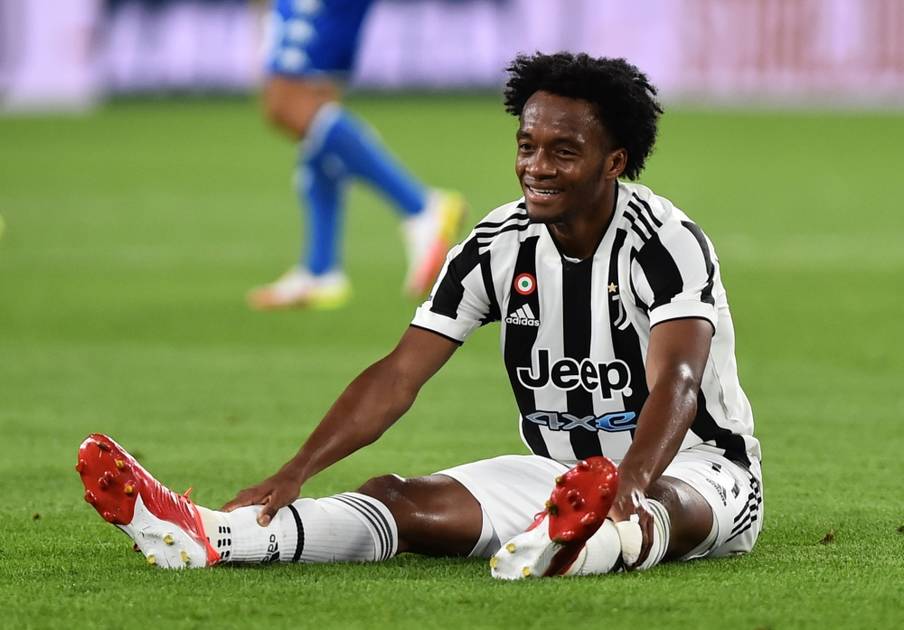 Juventus suffered a surprise defeat at home to newly promoted Empoli from the second division 1-0, in the first match for the old lady in the era after Portuguese Cristiano Ronaldo, in the second stage of the Italian Football League, which witnessed Lazio’s sweep of Spezia 6-1.
Leonardo Mancuso scored the game’s only goal in the 21st minute to give his team the three points, leaving the Bianconeri with an orphan point from two games.
Juventus had tied the first match with Udinese by two goals away from home, in Ronaldo’s last appearance in the team’s shirt.
With this goal, the first for Empoli at the Juventus stadium since 2006, according to “Opta” for statistics, it became the third time that Juventus failed to win in the first two games of the season out of 52 campaigns in the league.
Ronaldo’s absence five times with the Ballon d’Or and last season’s top scorer was evident on the pitch, with Massimiliano Allegri’s men failing to achieve a breakthrough in front of goal.

Juventus coach Massimiliano Allegri stressed that everyone needs to forget Cristiano Ronaldo, the star of the team who left to join Manchester United, during the current summer Mercato.

Juventus lost to its guest Empoli, 1-0, in the match that brought them together this evening, Saturday, at the Juve stronghold in Allianz Stadium, in the second round of the Italian League.
“We conceded a goal on the first wrong exit, then got distracted, ran a lot and put ourselves at the mercy of Empoli,” said Allegri.
He added: “We need more calm and patience, not to play individually, but as a team, it is not easy, we got a point from two games, but we have time to recover.”
“We lost 5 points, and I’m sorry that growth depends on results, after the international break. We have an intense month, we will have to repeat ourselves as best we can calmly, we have to face the difficult moments.”
He added: I’m sorry for the players because they were heartbroken and wanted to win.
On thinking about Ronaldo, Allegri said: “Cristiano spent 3 years here, scored many goals, but from now on we cannot think of him.
Hat trick for Immobile
Lazio swept its host Spezia 6-1, including a hat-trick for the team’s star Ciro Immobile, who will seek to be the top scorer after the departure of his rival Ronaldo from Juventus, to lead the team in the ranking.
On the Olympic stadium, Maurizio Sarri managed to achieve his second successive victory with Lazio, even if his team needed to receive an early goal to enter the match, similar to the first stage in the 3-1 victory over Empoli.
Despite his hat-trick, Immobile was annoyed by the penalty miss, saying after the match, “I was saying all things to myself, I missed four penalties last season and I didn’t want to start like that this year.”
“I changed my mind about where to shoot at the last minute and it never pays off. To be honest, it bothers me that I didn’t score the penalty.”
On the other hand, Fiorentina won 2-1 over Torino.
Fiorentina’s goals were scored by Argentine Nicholas Gonzalez (41) and Serbian Dusan Vlaovic (70), while Simone Verdi reduced the score for Turin (89).
In another match, Atalanta Bergamo fell to a goalless draw at home to Bologna.

See also  Djokovic takes the door, Riner is content with bronze, the Belgian Cats in the quarterfinals: what to remember from the 7th day of the Tokyo Olympics | Tokyo Olympics