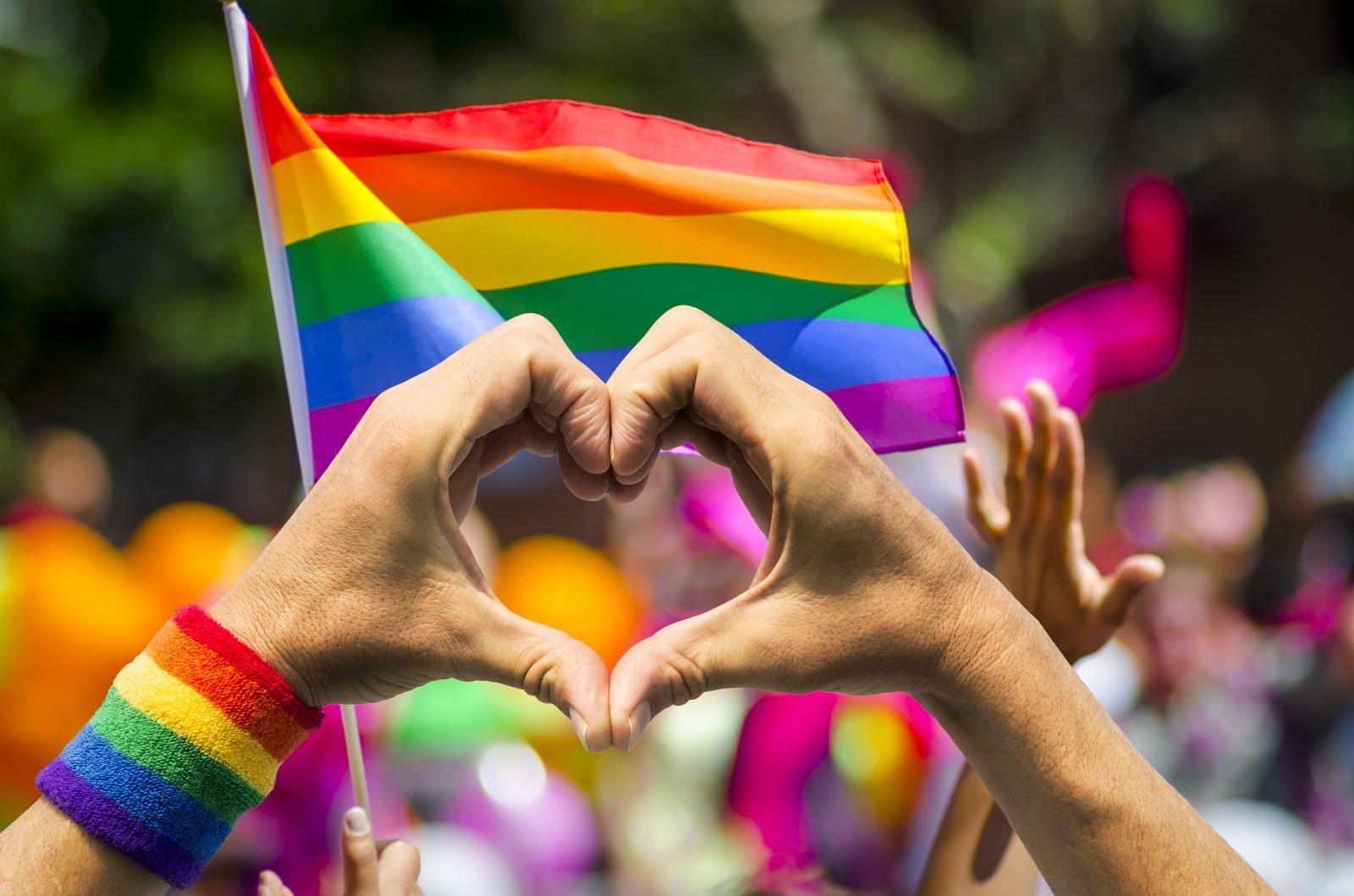 Representatives of sexual minorities have the right to march on Laisvės Alley, which has become a traditional venue for various events and marches, and Kaunas municipalities refusal to allow it is to be treated as a violation of the constitutional right of citizens to peaceful assembly. This is the essence of the decision of the Kaunas Chamber of the Regional Regional Administrative Court announced on July 30, which partially satisfied the complaint of the organizers of the Kaunas Pride march.

This decision annuls the letter of Kaunas municipality and it is obliged to coordinate the route of the first Kaunas Pride march in the history of the city on Laisvės Alley, which will take place at St. Achangel Mykolas Crew Church (Soboru), the column will march to the intersection with E. Ožeškienės Street, turn around and return to Independence Square near M. Žilinskas Art Gallery and Soboru.

In the opinion of the panel of three judges, Kaunas Municipality did not provide substantiated evidence that the march of sexual minorities on Laisvės Alley would violate public order or public interests, and the restriction imposed by Kaunas authorities on refusing to coordinate the route was disproportionate and violating the right to peaceful assembly.

The decision is not final, it can be appealed

Representatives of the municipality who do not want a parade of sexual minorities in Laisvės Alley may appeal against the decision of the Kaunas Chamber of the Regional Regional Administrative Court to the Supreme Administrative Court within 30 days. Assistant Attorney Representing the May 1 Trade Union Organizing Kaunas Pride Aivaras Žilvinskas there is no doubt that this right will be exercised.

It is possible that Kaunas Municipality will file a complaint on the last day, August 30, when the event itself is planned for September 4. The final decision would therefore have to be taken by the Supreme Administrative Court in a very short time. 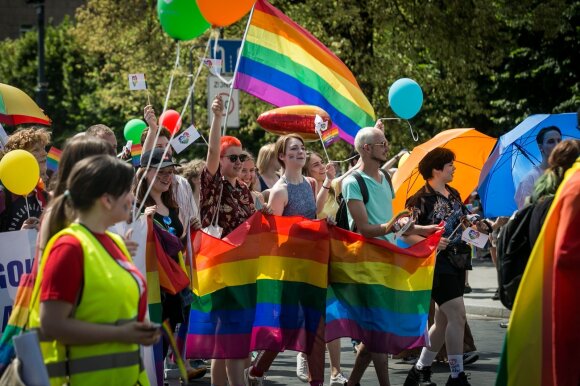 According to the lawyer, after assessing the resources of Kaunas municipality, one week would be enough to prepare a complaint, so it would be strange to wait a month and submit it on the last day.

On the other hand, even if that were to happen, the Supreme Administrative Court would still be able to deal with the appeal as a matter of urgency and reach a final decision by 4 September. According to A. Žilvinskas, the procedure for the division of cases stipulates which cases must be examined as a matter of urgency, and in election-related cases there have been cases when they are examined and a decision is made within one day. 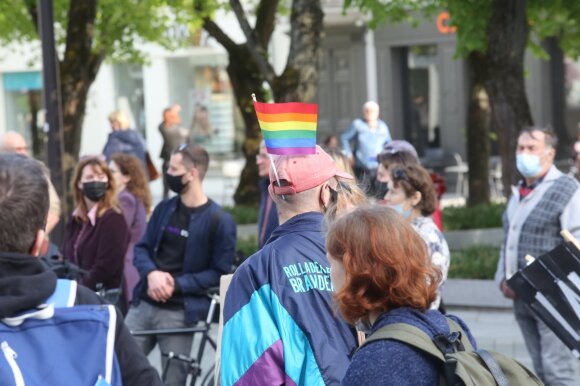 Viktorija Kolbešnikova, one of the organizers of Kaunas Pride, says that such a scenario of events would only demonstrate the moral face of the municipality and ignite a confrontation, which is really not wanted.

I can assure you that the date (September 4 – ed.) Will not change. I cannot guarantee the form, as this is not a final decision, an appeal can be lodged. Although the case law is already based on the example of Vilnius (there were disputes in the courts about the route of the Baltic Pride march – ed.), So I think it would be a waste of court time. Although everything can be, I promise that the event will take place on September 4, ”the portal said Delphi V. Kolbešnikova, one of the organizers of Kaunas Pride, said. 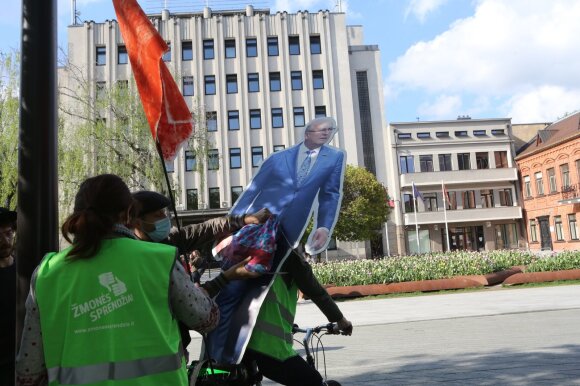 Asked what the solution would be if the dispute in the courts took too long, or Kaunas municipality simply ignored the court verdict and did not coordinate the route of the first sexual minority marches in the city’s history, V. Kolbešnikova said that it would be better to try to change the form of this action than take unauthorized actions.

She said she did not want the LGBTQ + community to protest the problems of sexual minorities into a protest against the municipality.

“If an open war breaks out, it will be a protest against the municipality and we will not be given the right to say what we are really going for. I wouldn’t want this option very much, I wish both sides to enjoy the rest of the summer without tension and meet on September 4th. 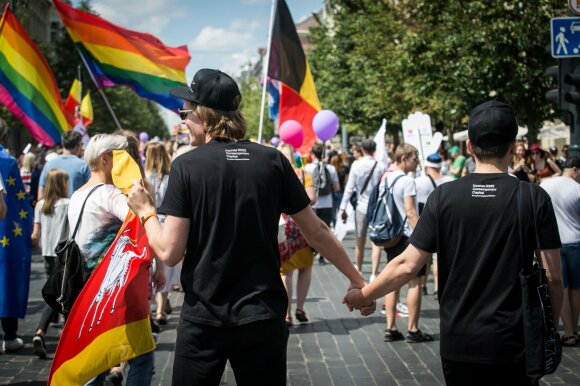 The LGBTQ + festival will take place in Kaunas, and the march is one of its parts

V. Kolbešnikova mentioned that the planned march “Kaunas Pride” is only one of the LGBTQ + community events that will take place in September. Even trying to prevent the representatives of minorities from marching in the center of Kaunas, Laisvės Alley, other events will take place in any case.

“The events will start on September 2. Kaunas will host the festival “Curves”, thematic films will be shown, artistic performances will take place in parallel, discussions in the social center „Emma“. If we manage to reconcile, we will have a place, after the march there will be a community stay, a party. So the march is just one of the events, which is why I say that on September 4th, only something will happen, not only on this day, but both before and after. 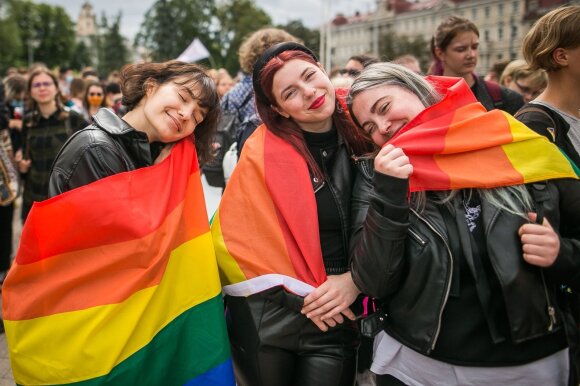 I think that Kaunas Pride is already taking place in the public space, so September 4th is just a symbolic date, ”said V. Kolbešnikova, one of the organizers of the march.

She clarified that the purpose of the march was not a celebration of the LGBTQ + community, but a protest. Social networking „Facebook“ In their account, the organizers of Kaunas Pride indicate the following essential requirements: respect for private life, science-based sex education, free health care for trans persons and exchange of documents without a court decision, competent psychological assistance, correction of the law on protection of minors from negative information, removal of homosexuality as harmful information , the right to marriage and adoption. 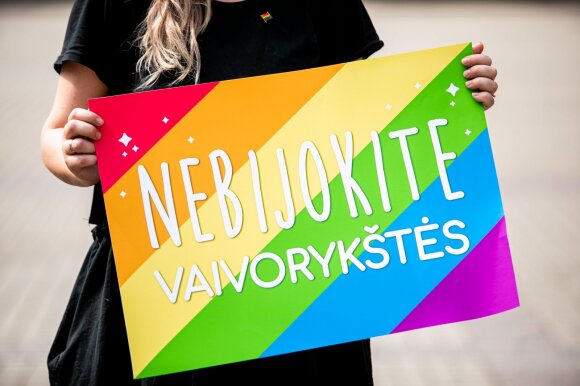 V. Matijošaitis is waiting for the march, but will not send a personal invitation

It seems that the attitude of the municipality against the LGBTQ + aspiration to hold marches in Laisvės Alley, and not in the remote Kleboniškis Park, as suggested to the organizers, may be related to the personal position of the mayor Visvaldas Matijošaitis towards the representatives of minorities.

Delfi asked V. Matijošaitis how he himself evaluates the representatives of sexual minorities and their rights, Mayor of Kaunas said the city is multifaceted, there are different people, everyone has to find a place to live and there are townspeople.

When the mayor reminded him that the organizers of Kaunas Pride had invited him to take part in the march by putting a rainbow badge on his lapel, V. Matijošaitis replied that he was invited to many places, but not everywhere he should be present. 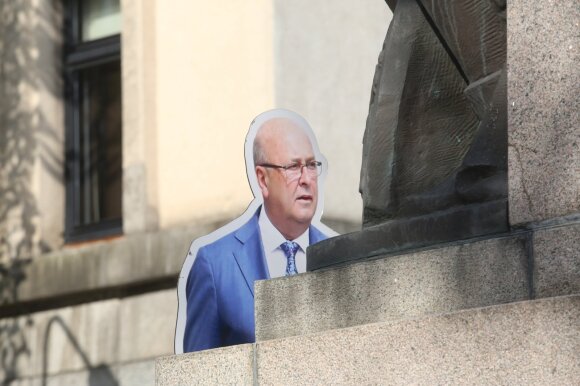 When the mayor of Kaunas asked if he would go on the Kaunas Pride march if the event were allowed to take place, V. Matijošaitis said that he prefers to look at women rather than men. The head of Kaunas mentioned that all the residents of the city are equal to him, but someone definitely wants to stand out.

“In his interview, the mayor admitted that various people live in Kaunas. If he wants to support his townspeople, we will be happy to wait for him, but we will definitely not invite him privately anymore. It seems to me that he could come in solidarity with the townspeople, that would be the most beautiful, ”said V. Kolbešnikova.

See also  "F * ck that! ": When MJ silenced Jackson before the most scary match of the Bulls

In preparation for the planned first march in the history of the LGBTQ + community in Kaunas, there were signs that the parade of sexual minorities may face opposition from opponents.

A lot of passions were aroused by the message of Kaunas football club “Inkaras” distributed on the social network Facebook, in which it was proposed to organize marches in a criminal contingent for a long time. Vilijampolė district.

“FC INKARAS offers the Mayor of Kaunas to give permission to organize 09.04 LGBT marches in Vilijampolė, Raudondvaris highway. The highway is wide, able to accommodate many of the people in this march. We think that this could be the first and last march in Kaunas, ”the representatives of the club Inkaras announced, illustrating this message with a homophobic photo montage demonstrating the alleged opposition between Kaunas and Vilnius. 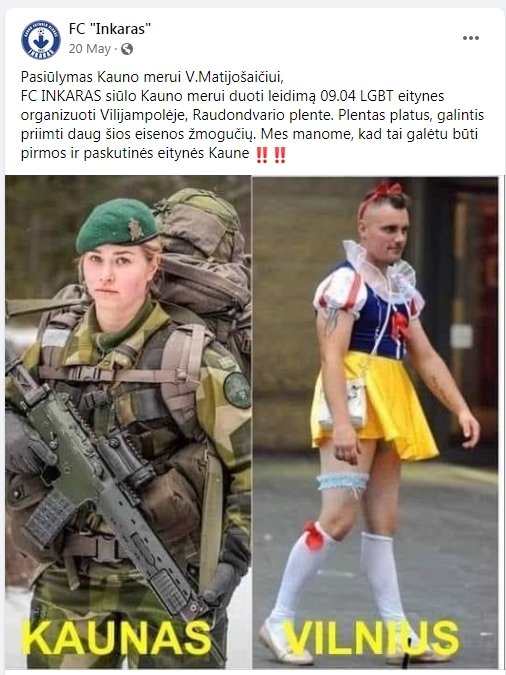 Former long-term deputy mayor of Kaunas also announced to the portal “Delfi” about the “antimiting” Stanislovas Buškevičius. He mentioned that he had offered the students a campaign with the main slogan: “Return the stolen rainbow to the children” and received a lot of support. According to Kaunas politicians, children are already ashamed of the rainbow and draw genitals instead.

It seems that the decision of the court to oblige Kaunas Municipality to allow representatives of sexual minorities to march in Laisvės Alley and demand their rights will not leave the participants of the “Family March” and Kaunas residents who sympathize with them.

V. Kolbešnikova, one of the organizers of Kaunas Pride, admitted that she may have to face protesters against LGBTQ + marches.

“Everyone has the right to express their opinion, this is normal. We hope that everything will go smoothly, we will be able to avoid incidents. On the other hand, big changes do not happen without resistance. That, too, needs to be kept in mind, ”he said LGBT activist.