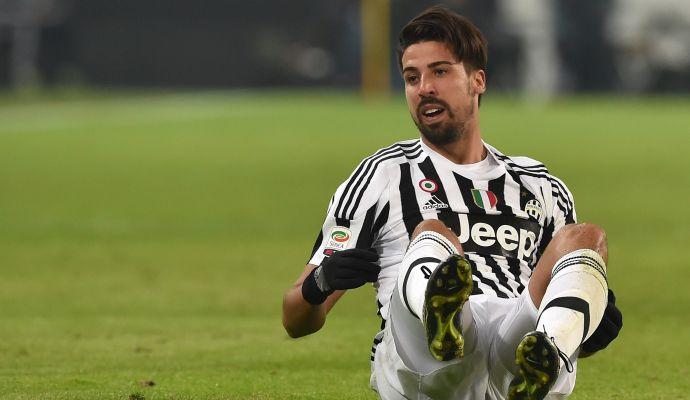 “I have always said this: if you have a super car but you lack the navigator, the car is useless. I am a skipper, I have always tried to make things easy and I have always had a feeling for the moments: I understood when to pass, shoot, sprint “.

TALENT OR APPLICATION – “I think both. Look at Xabi Alonso: he is one of the slowest ever, but also one of the best. I was neither beautiful to see nor fast, but that means little.”

THE PROBLEM IN THE HEART – “It was the eve of the Champions League and I felt strange. The training had gone well but my heartbeat was accelerated and above all I saw everything black. I didn’t see anything for two hours – everything was dark – and I didn’t say anything to the doctor. “Now it passes, now it passes” and above all I wanted to play in Madrid. But it did not pass: after two hours, I called the doctor “.

LA JUVE – “Juve is a great club and Italy a great country. It was nice to work with Chiellini, Bonucci, Buffon, Dybala, Mandzukic, great players and people. I was lucky.”

ALLEGRI VS SARRI – “So different, of course. Sarri was too different from Juve style but what a team that Napoli of his made us suffer. I felt good with him, he was always honest and, if I was well, he made me play. Allegri, however, is the best man I have met in football. I had a feeling with him even when my Italian was a disaster: a matter of instinct. If we still feel? Yes, let’s talk about football, life, travel, food, our favorite wines. his tastes. It will take time to adapt to him but for me he will win again. For the Scudetto, Juve is the favorite. ”

RONALDO – “CR7 with Sarri? Sometimes it happens that you don’t have the same opinions as your coach. You can’t always get along. They tried to be professional. Cristiano is the strongest teammate ever, he has everything, often the team. he plays badly and he solves. He has a big ego, he’s not the best at defending and sometimes he doesn’t defend at all, but look at how much he has won. Sometimes it’s better to defend in nine but have his goals. Cristiano makes you win, period “.

DYBALA – “Paulo needs a bodyguard on the pitch, to protect him and make him perform. He has had too many injuries and too many extra football problems, with too many people talking around him. Instead he has to stay focused, take care of his body … And in this he seems to me to have grown up. Another thing: he knows how to score dream goals, he has a unique talent but for me he puts too much pressure. He thinks he has to do everything: pass, create chances, be a leader. I remember him in the Champions League final. 2017, it was not free “.

THE REAL AND THE RIGOR – “That penalty was absurd. If you are a referee, you can’t decide a game. I say ‘let us go to extra time, the great players will decide.” Instead Oliver, with a whistle, killed two great games “.

CHIELLINI AND BONUCCI – “Who is the best? It depends on what you need. Bonucci is the best defender in the world to dribble and play the long ball, he is not fast but he can read the game. Chiellini on the other hand is King Kong. I remember one of the first training sessions, I dominated of strength above all, then Giorgio arrived and moved me. I said to myself: “Never again a conflict like this with him”. He is a rock, he is intelligent and takes care of his teammates “.

I WOULD RETURN – “I’d like to come back someday. I’m a big fan of Juve and Italy. When I arrived, I’d never had a coffee and I thought I didn’t like latte macchiato. Now I can’t live without it. I’m thinking what it is. do in life, I had an experience on TV and I don’t rule out becoming a coach or working outside football. “