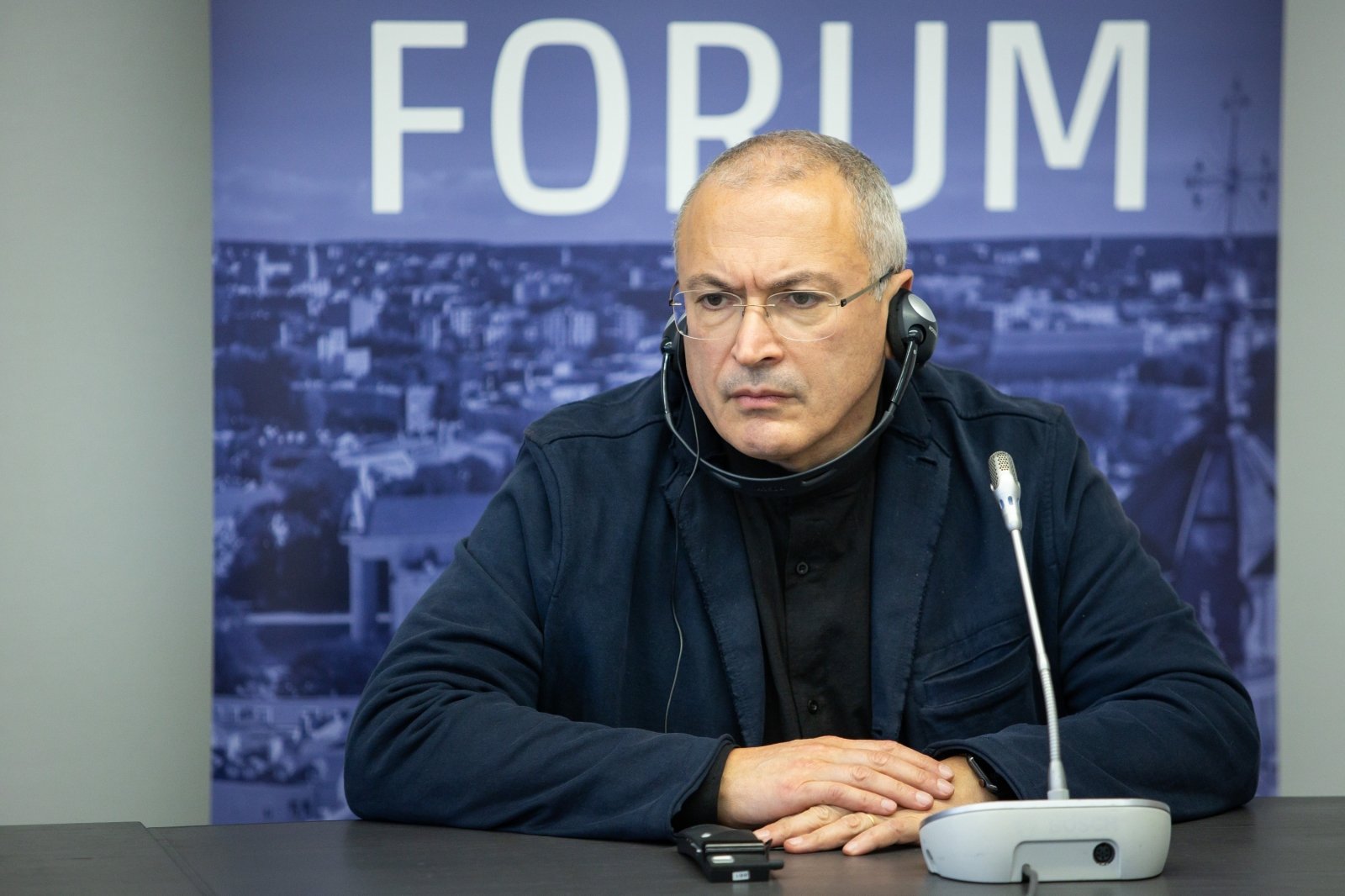 M. Khodorkovsky said that V. Putin had reached the limit with his blackmail and threw all his trump cards on the table: mobilization, “referendums” and threats of nuclear weapons.

“Putin, in his usual style, is trying to intimidate the West, to intimidate America and Ukraine. Maybe five months ago someone would have been scared, but now no one can afford to back down – not even Ukraineneither the USA nor the West, which supports it,” he said.

However, no one is afraid of V. Putin anymore and his blackmail will not be useful. According to an opposition figure, Russian soldiers after the first 100,000 corpses will point their weapons at the Russian president himself, and in the conditions like now, it will not be necessary to wait long.

According to M. Khodorkovsky, the Russians now have several options – avoid mobilization as much as possible, go to the front and die, or point the weapon at the Kremlin.

“I think the third option will happen after the first 100 thousand. corpses, which in the current conditions of mobilization will not have to wait long. Putin has thrown all his cards on the table, he has no more cards,” he said.

M. Khodorkovsky said that most of his acquaintances in Moscow received summonses on the very day of the announcement of the mobilization.

When asked if V. Putin has already made a decision on the use of tactical nuclear weapons, M. Khodorkovsky said: “I hope that V. Putin understands that the use of tactical nuclear weapons will not change anything in the military sense. V. Putin is well aware that his location and the locations of the decision-making centers are well known, so the use of a nuclear weapon will immediately receive a retaliatory blow. Moreover, after a tactical nuke, Putin would lose the support of all the so-called “useful idiots” in Europe. And that’s just the small problem. The big problem is that India and China have quite clearly said that they do not like such an idea,” said M. Khodorkovsky.

The United States has privately warned Russia of the catastrophic consequences if it uses nuclear weapons during its invasion of Ukraine, US Secretary of State Antony Blinken said.

President of Russia Vladimir Putin implicitly threatened to use nuclear weapons on Wednesday by announcing a partial mobilization after Ukrainian battlefield victories.

“We have been very clear with the Russians publicly, as well as privately, [ragindami] stop talking about nuclear weapons,” A. Blinken told CBS News’ “60 Minutes” on the sidelines of the United Nations General Assembly in New York.

“It is very important that Moscow hears from us… that the consequences will be dire. We said it very clearly, – noted the US Secretary of State. “Any use of nuclear weapons would have a catastrophic impact, of course, on the country that used them…and many others.”

White House national security adviser Jake Sullivan said in another interview on Sunday that Washington had warned Moscow at “very high levels” of the “catastrophic consequences” of using nuclear weapons.

The United States and its allies “would respond strongly,” Mr. Sullivan told CBS’ “Face the Nation.”

“We’ve been clear and specific about what that would entail,” he added.

Russia and the United States are the world’s largest nuclear powers. Russian military doctrine allows for the use of tactical nuclear weapons on the battlefield to force the enemy to retreat.

See also  Inflation, a simple point of the situation

Ukrainian President Volodymyr Zelensky told Face the Nation that Putin’s threats “could be” real and that Russian military actions near Ukrainian nuclear power plants are “the first steps of his nuclear blackmail.”

“He wants to scare the whole world,” said V. Zelensky about V. Putin.

“I don’t think he’s bluffing. I think the world is deterring and containing this threat. We need to keep pressuring him, not to allow him to continue,” V. Zelenskis added.

Except for the United States, no country has used nuclear weapons on the battlefield. In 1945, when the Americans dropped atomic bombs on the Japanese cities of Hiroshima and Nagasaki, more than 200,000 people died. people, and a few days later, Japan capitulated, ending World War II.