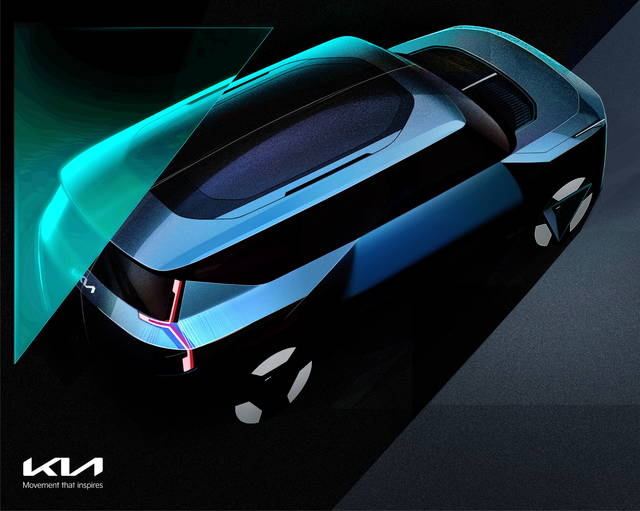 SCULPTED SHAPES – The Kia Concept EV9 will be unveiled at AutoMobility in Los Angeles on November 17th. It is a prototype that anticipates the future battery-powered SUV engineered on the same platform currently used by the Kia EV6. Pending the official presentation, the Korean house has released the first images showing a car with muscular and sculpted shapes, with a large closed grille and LED headlights with a new design, abundant ribs on the sides and a flat roof.

WAIT IN ABOUT TWO YEARS – Modern and futuristic style also as regards the interiors of the Kia Concept EV9, which are characterized by a large panel that incorporates the instrumentation and multimedia system and by a steering wheel cut at the bottom. The production Kia EV9, which will be a large SUV and could arrive in 2024, is expected to be a close relative of the Hyundai Ioniq 7, also planned around that time, with which it will share the platform, batteries and motors.