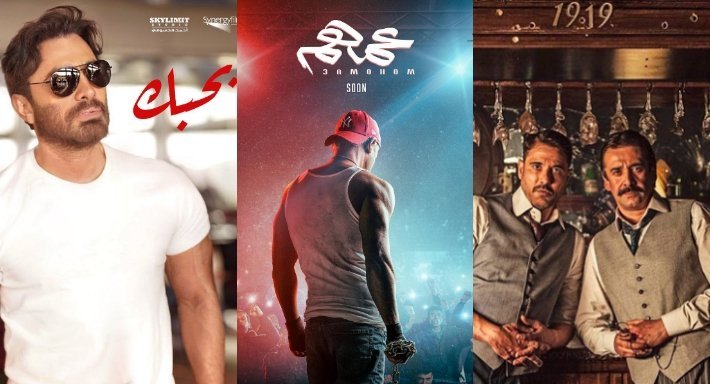 Yesterday, cinemas achieved revenues of 2 million pounds for 3 films shown, which are: Kira Waljen, I Love You, Uncle, according to Safwat El Helbawy, director of cinema distribution at Dollar Film.

The movie “Kira Waljen” topped the movie revenues yesterday, achieving 934,000 pounds, and this is the second time in a row that the movie’s revenues fell below one million pounds.

The movie “Kira Waljen” is inspired by the novel “1919”, written by Ahmed Murad, who wrote the script and dialogue, directed by Marwan Hamed, and starring: Karim Abdel Aziz, Ahmed Ezz, Hind Sabry, Sayed Ragab, Ahmed Malik, Ali Qassem, Razan Jamal, Hoda Al-Mufti, Mohamed Abdel-Azim, Arefa Abdel-Rasoul, Tamer Nabil, in addition to a group of guests of honor, in addition to the presence of some foreign actors.

The movie “Kira Waljen” brings together the two stars Karim Abdel Aziz and Ahmed Ezz for the first time in the cinema. The duo are the most prominent window stars in Egypt in recent years, as their films achieved the highest revenues in the history of cinema. The first movie “The Blue Elephant 2” earned 104 revenues. Millions of pounds, and the second achieved with the movie “Welad Rizk 2” revenues amounted to 101 million pounds.

In second place came the movie “Their Uncle”, achieving 643,000 pounds, written by Wissam Sabry, directed by Hussein Al-Manbawi, produced by Ahmed Al-Sabki, and co-starring with Muhammad Imam, each of “Sayed Ragab, Muhammad Lotfi, Muhammad Salam, Mahmoud Hafez, Hoda.” Mufti, Ayten Amer, Shahat Mabrouk” and other artists, and the character that Imam plays during the film’s events competed for the Republic Championship for Boxing.

In third place came the movie “I Love You”, achieving 502,000 pounds, and the film’s events revolve around the sincerity of the expression of love between a man and a woman, which makes its events very confusing, pointing out that the comedy film in a purely romantic framework has been absent from the artistic scene for a while. And co-starring: Hana Al-Zahid, Hamdi Al-Mirghani, Hoda Al-Mufti, Medhat Tekha, Shahd Al-Shater and Alia Rashid, written and directed by Tamer Hosni.

Hajar Ahmed leads the trend because of “swimsuits” .. Learn the details (photo)

See also  Park Hyun-bin "I almost couldn't walk for the rest of my life in a quad crash... I've been lying in bed for about a year and a half"