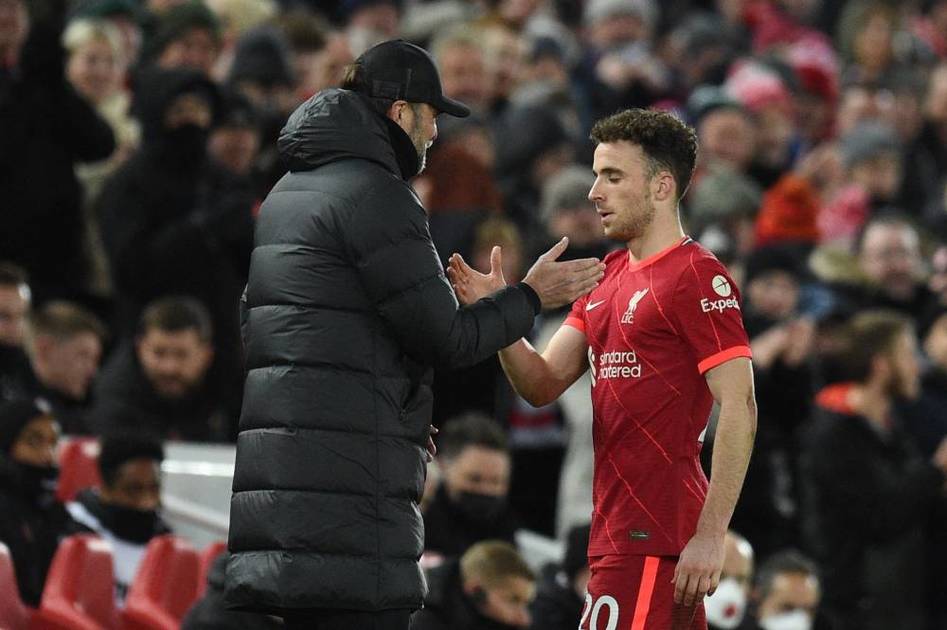 Liverpool: Reuters
Liverpool coach Jurgen Klopp praised Diogo Jota’s performance after scoring twice in Saturday’s 4-0 win over Southampton in the Premier League, describing the Portuguese striker as a “perfect deal”.
Jota scored the fastest goal in the Premier League this season when he scored against Southampton after 97 seconds, then added his second goal in the first half to move Liverpool to second place among the twenty teams in the championship.
Jota, 24, has scored 21 goals in 46 games for Liverpool since joining him from Wolverhampton Wanderers in September 2020.
“Diogo is an exceptional player and an exceptional young man,” Klopp told reporters after the match. “His joining us was a perfect deal because he has all the skills and capabilities required.” He added, “He has technical skills and physical abilities, is very intelligent and can absorb all the tactical aspects very quickly.”
Jota was absent from action for three months due to a knee injury last season, but he is currently performing well, and coach Klopp said about him: He is a fast player and has the desire to finish situations in a very good way.
I think his scoring record is very good, if I’m not mistaken. And Klopp added: Thank God for his return after the injury he suffered last year, which was not in the team’s interest at all.. I am really happy with that.
In the next round, Liverpool will meet its neighbor in Merseyside, Everton, next Wednesday.