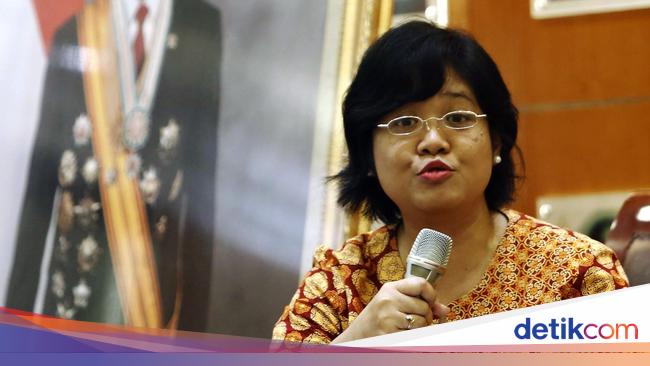 Kompolnas appreciate the imposition of ethical sanctions on Kombes Rachmat Widodo. It is also believed that Kombes Rachmat will be fired if found guilty at trial.

“But I support the propam that has imposed ethical sanctions. We’ll see, later if RW (Rachmat Widodo) is proven guilty in court, I predict that there will be PTDH (Disrespectful Dismissal) sanctions,” said Commissioner of National Police Commissioner Poengky Indarti, to reporters, Friday (8/10/2021).

“For his son, if the process is running, it is hoped that he can prove that the person concerned is defending himself. The Criminal Code protects people who defend themselves,” he added.

Poengky also regretted the failure of the peace effort between the father and son. He hoped that Kombes Rachmat would be touched by his heart to make peace with his son.

“It’s really sad to see it. The blood relationship between father and son will not be erased. I hope Kombes RW is touched by his heart to make peace with his daughter, his own flesh and blood,” he said.

To note, this case emerged in July 2021. It started with a viral post by Aurellia Renatha about the alleged abuse of her father.

The two reported to the police after the incident. Aurellia and Rachmat Widodo were both named suspects in cases of domestic violence and abuse. Only, Rachmat Widodo was processed first, long before Aurellia became a suspect.

One year later, the case involving Kombes Rachmat Widodo went viral again after the child, Aurellia Renatha, posted a photo of herself holding a summons from the North Jakarta Police. Surprisingly, the summons stated that Aurellia Renatha was summoned as a suspect.

Watch the video ‘Report each other, Kombes Rachmat Widodo’s son is now a suspect’:

Read more on the next page: