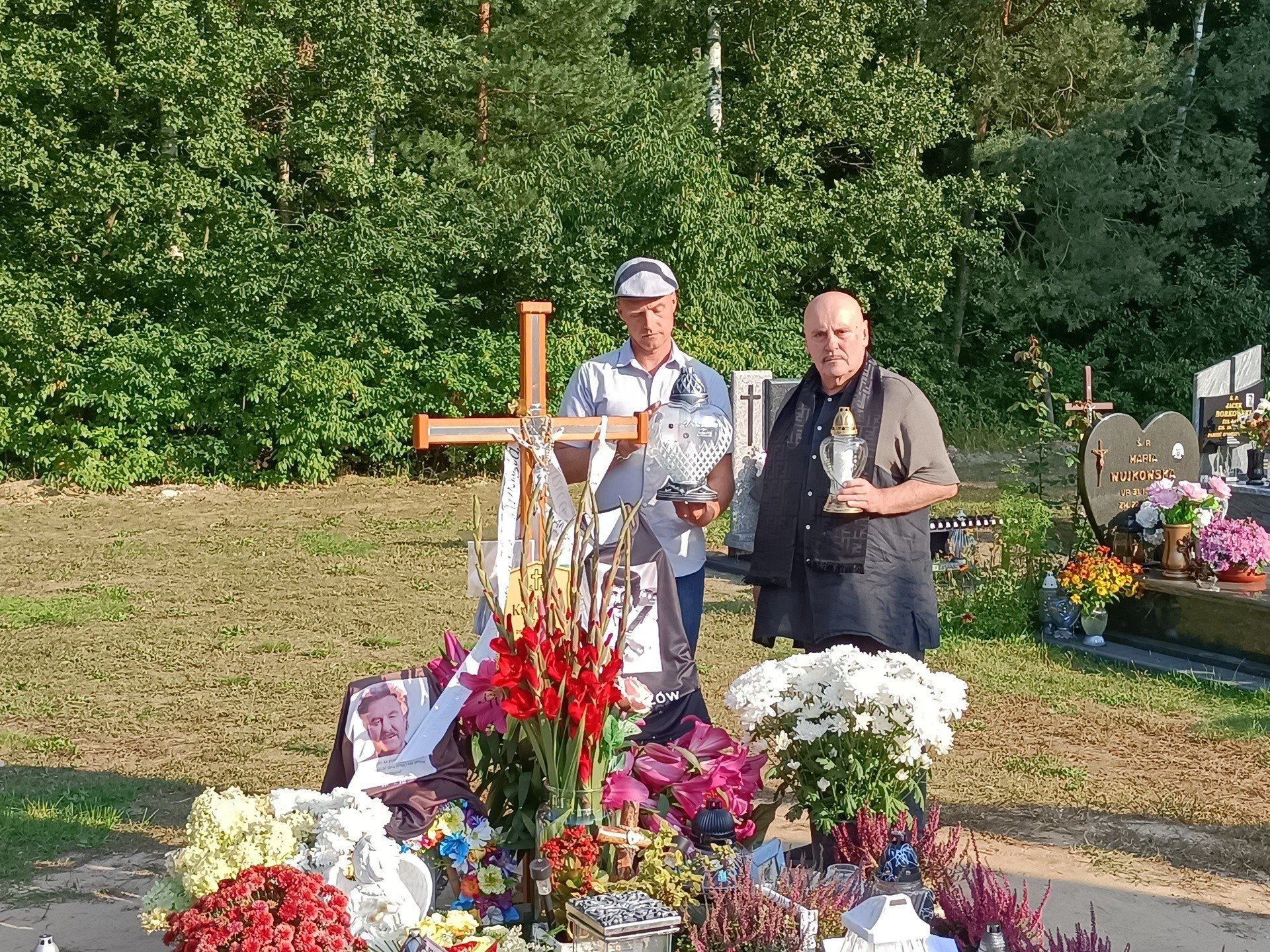 On September 8, Krzysztof Krawczyk would celebrate his 75th birthday. Unfortunately, the popular singer associated with Łódź did not live to see that day. He died on April 5 this year. The artist’s grave in Grotniki was visited by his son Krzysztof Igor Krawczyk, a friend from “Troubadours” Marian Lichtman, and also bishop Antoni Długosz from Częstochowa, who was associated with Krzysztof Krawczyk. Holy Mass was celebrated in the local church of the Oblates. for the soul of the singer ordered by his wife Ewa.

On Krzysztof Krawczyk’s 75th birthday, there were no crowds at his grave in the Grotniki cemetery. But the people closest to him appeared. The singer’s son Krzysztof Igor junior came with his girlfriend Kasia and friends. He lit his father a candle with the inscription: Dear Dad!

– Birthday is usually a joy, and here we meet at the cemetery – said Krzysztof Krawczyk’s son sadly. – I am reminded of various situations. As for my birthday, I remember the one in the United States the most. I celebrated them with my parents. My birthday is on November 22nd and my father is in September. We celebrated more of Dad’s name day. They were shared. When it comes to Dad’s birthday, there were usually a lot of people in the industry that I didn’t know.

See also  Prince Harry gets on the roof of British after Malibu whine - Nau.ch