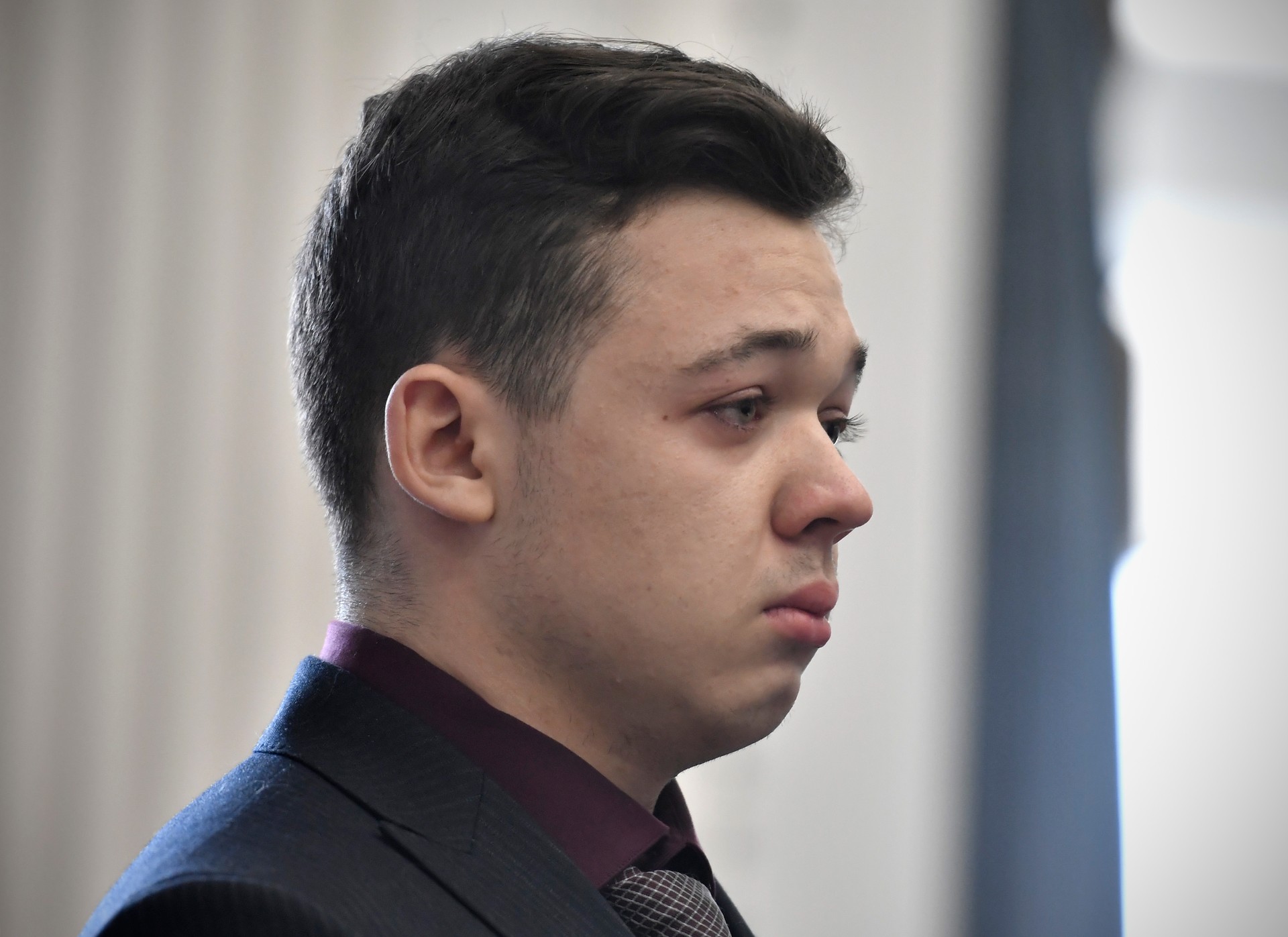 The 18-year-old shot and killed Joseph Rosenbaum (36) and Anthony Huber (26), as well as wounded Gaige Grosskreutz, during a demonstration in Kenosha, Wisconsin on August 25, 2020.

The shots were fired during a demonstration against police violence against blacks.

The jury came to its verdict after considering the case for four days.

Rittenhouse claimed in court that he was attacked while guarding stores, and that he shot in self-defense.

President Donald Trump hinted the same when he commented on the incident.

The 18-year-old would receive life imprisonment if he was found guilty of the most serious charge.

Joy in the weapons lobby

The acquittal is welcomed by Rittenhouse’s supporters.

Among them is gun lobbyist Ric Clark. NRK meets him in Kenosha as he is to follow the reading of the verdict on TV.

– I do not have words. This will mean a lot to many people. I was thrown out of social media, and 12 years of content disappeared because I supported Kyle Rittenhouse.

– You’re clearly touched. This must be an important issue.

– I have talked to many who may have used weapons in self-defense. In 90 percent of the time, they have not been convicted, says Clark.

– Nobody is comfortable shooting someone, but you have to do it to save your life. Kyle has been thinking about this ever since it happened last year. Now he releases it because he is acquitted.

The trial has sparked a heated debate in the United States, and the fronts go along well-known political divides.

The governor of Wisconsin, Tony Evers, has asked people to stay calm after the ruling became known. He also says that 500 members of the National Guard are ready to be deployed in Kenosha if needed.

Vice Governor Mandela Barnes, a black and Democratic candidate for the Senate, condemns the ruling.

– In recent weeks, many have feared this outcome of the case. It is true that we should consider everyone innocent until they are convicted, but that principle does not always benefit everyone. We have seen so many colored youths being killed, only to be brought to justice after their deaths. In the case against Rittenhouse, innocence was almost demanded by the judge, she says.

Politicians on the right, for their part, support the ruling and criticize the fact that Rittenhouse was indicted at all.

– All of us who knew about what happened in Kenosha last year assumed that this would be the ruling. Fortunately, the jury agreed with us, tweeted Republican Scott Walker, former governor of Wisconsin.

Rittenhouse was 17 years old when he went to Kenosha, after shops in the city had been looted and burned down after police shot and injured African-American Jacob Blake.

The teenager has explained that he joined other armed residents to protect property and provide medical assistance. He carried a weapon that the prosecution believed was illegally acquired, as Rittenhouse was not of legal age.

A drone video captured the events during the shooting on film. Rittenhouse shot and killed Joseph Rosenbaum (36) and Antony Huber (26), and injured Gaige Grosskreutz, who is now 28 years old.

The prosecution drew a picture of a young man who looked for trouble that night, and was himself responsible for creating dangerous situations.

Rittenhouse thought he was doing nothing wrong and that he only opened fire after Rosenbaum had chased him and tried to grab his rifle.

Huber was killed after hitting Rittenhouse with a skateboard, and Grosskreutz was shot after aiming a firearm at Rittenhouse. All three victims were white.

Video and witness statements from some of the prosecution’s own witnesses seemed to support Rittenhouse’s explanation of self-defense.

Witnesses described Rosenbaum as “hyper-aggressive” and said he tried to take the rifle from Rittenhouse just before he was shot. An expert witness said the gunshot wounds indicated that his hand was over the barrel of the rifle when he was shot.