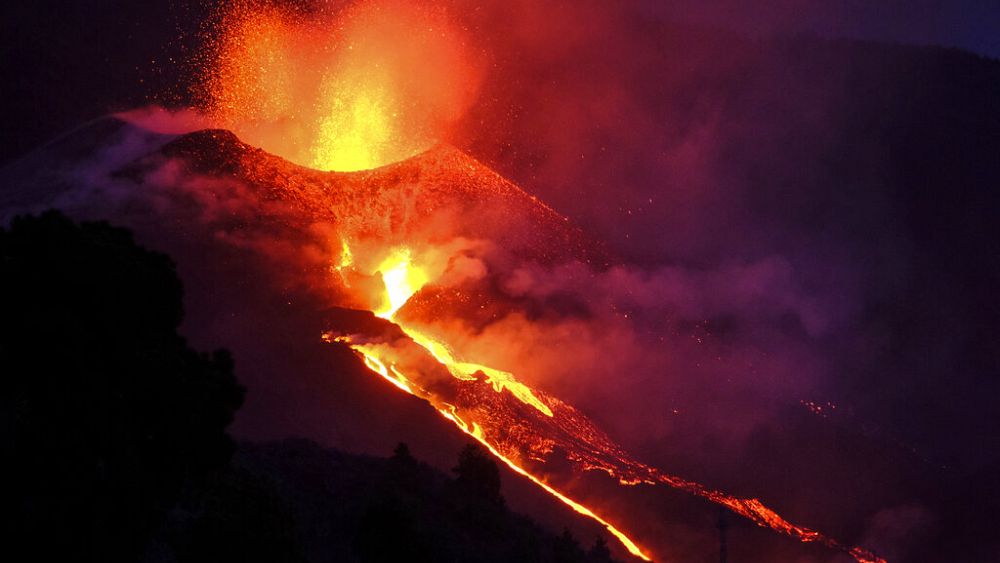 Rivers of lava continue to flow out of the crater of the Cumbre Vieja volcano, on the Canary island of La Palma. And if before the part most affected by the phenomenon was the west face of the mountain, now what is worrying is the north face, which has recorded a collapse partial. Three new lava flows move dangerously in different directions and are causing enormous damage as they pass. Several houses, farms and factories have been devastated, in neighborhoods that had previously been spared from the volcano’s fury.

The other tongue of lava, which broke away on Thursday, heads towards El Charcón beach and has swallowed plantations in one of the most fertile areas of the island as it passed. So far, the lava flow has covered about 500 hectares, of which about a hundred are cultivated, destroying or damaging 1,281 buildings and infrastructures, according to data from Copernicus.

Despite this, the authorities reassure the residents, ensuring that they are closely monitoring the lava flows and that, should a new evacuation be necessary, they would be warned quickly.

Meanwhile, La Palma airport reopened on Saturday, after a few hours of closure due to the cloud of ash that prevented good visibility. The airport authority has nevertheless advised travelers to check the status of their flight, as it is up to the airlines to decide whether or not to operate the various connections.

About 40 earthquakes were recorded on Saturday evening, the strongest south-west of Villa de Mazo, with a magnitude of 4.1 and a depth of 39 kilometers.