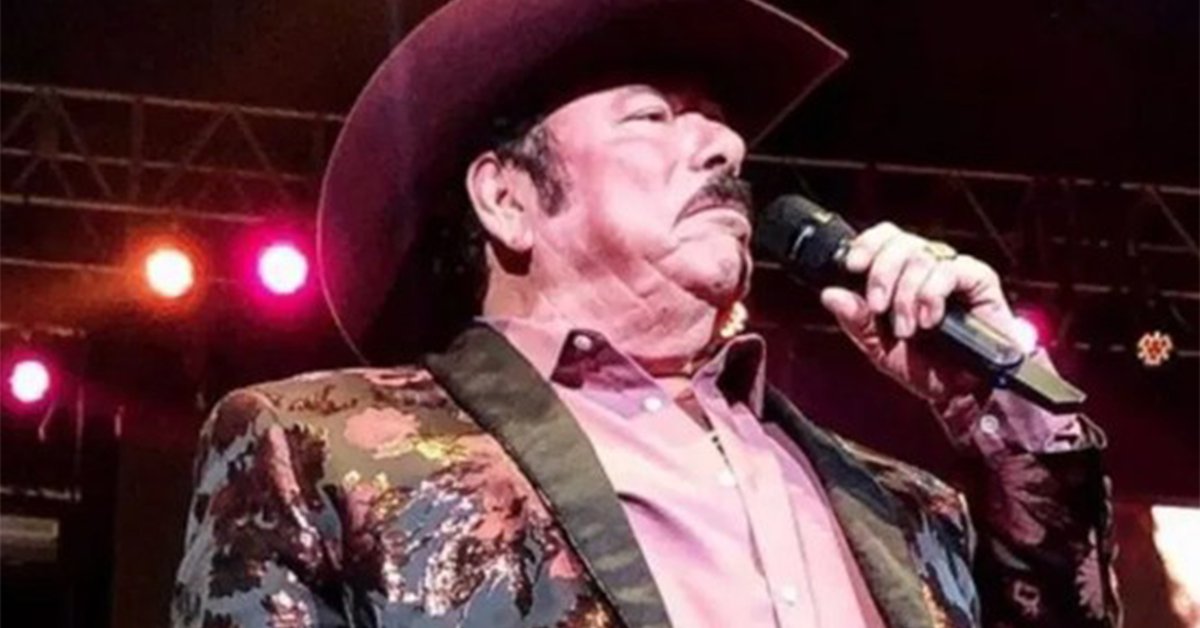 Last February, Lalo surprised by giving a very passionate kiss to one of his fans at the end of a concert in the United States (Photo: Twitter @ marquesinap)

The son of the musician Lalo Mora, Lalo Mora Junior, also leader of The Heirs of Nuevo León He updated his father’s health status on social networks and mentioned that he presented an improvement.

The musician shared on Instagram that this Wednesday, August 26 the family received the results of the radiographs of the popular norteñas musician, and according to the medical interpretation, Mora is in improvement, despite the fact that he continues to be intubated in the intensive care area.

“Good morning, my dear people, today we were informed that the results of dad’s X-rays are improving, we are doing well, blessed God, I hope to continue counting on your support and your prayers as we have done today. Thanks a thousand ”, wrote the musician. 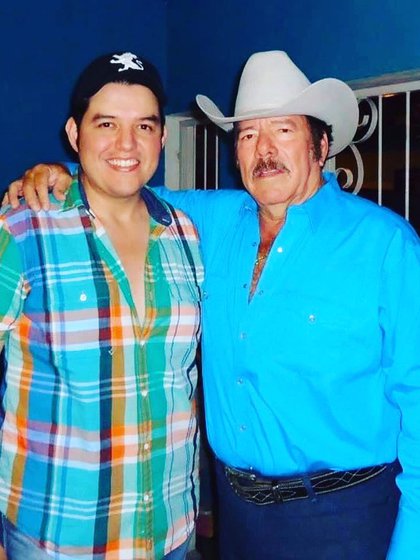 Lalo Mora Jr. asked his audience not to be carried away by rumors about his father’s health (Photo: Instagram)

It was on August 16 when the so-called “King of a thousand crowns” fHe was admitted to a hospital in Nuevo León after receiving a confirmatory diagnosis of COVID-19.

This was announced by Lalo Mola Jr., son of the emblematic interpreter of classic northern songs, and who became known in the musical environment with the group The invaders of Nuevo León.

Through the official page of Facebook of The heirs of Nuevo León, the 73-year-old descendant of the musician shared a video and a text where he detailed the musician’s situation.

“Dear people, family, friends and fans of Don Lalo Mora “The king of a thousand crowns”, at this moment dad is hospitalized for supposed symptoms of COVID, in a few moments they give us results and first God comes out negative, he sends greetings and is very happy for all the signs of affection, thank you in advance “, the young man wrote that afternoon, to confirm the positive diagnosis at night. 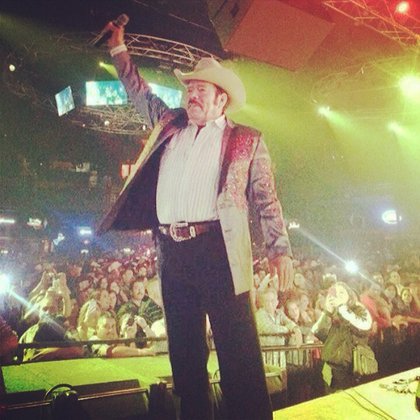 Invasores de Nuevo León launched him to stardom along with other singers such as Luis González and Isidro Rodríguez (Photo: Instagram @ lalomoraoficial)

It was until this August 22 that Lalo Mora Jr. shared a video in which he denied fatal rumors regarding the musician’s health, as there was no shortage of speculations that predicted the worst.

“I want to clarify for you, false information is circulating on social networks. I want to tell you that my father’s health is stable, bless God and he is very happy with all of you for your prayers for his health, for his good vibes that everyone is sending him”, He expressed.

The heir of the northern musician reiterated to his audience that his father is stable and asked not to be carried away by the unsubstantiated rumors published on social networks.

“I said it very clearly, I will give you information about my father’s health, so far he is stable. Thank God, no one is authorized to say more about his health than my family and a servant, I appreciate your attention, thank you very much ”, ended.

The rumors of the worsening in the musician’s health arose from a publication made by his own son, since last Friday the 21st he wrote a prayer next to his father’s photograph on his Facebook. 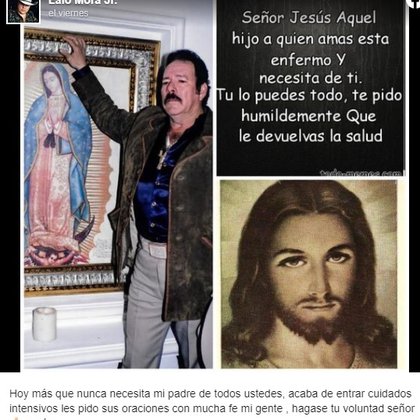 Lalo Mora in 1993 launched himself as a soloist and recorded his first band music album in the group “La Costeña” (Photo: Facebook)

With Lalo Mora next to the Virgin of Guadalupe and an image of Jesus, Mora Junior asked his followers to raise a prayer in favor of the musician’s health; “You have just entered intensive care, I ask your prayers with great faith, my people,” she wrote.

However, also that day the Secretary of Health of Nuevo León, Manuel de la O, reported at a press conference that the health of the singer from Little star of my nights and I walk that the devil takes me “It has been getting worse”.

“The health conditions of the singer Lalo Mora … I spoke with him yesterday on the phone, he answered me very well, a little agitated, but very calm, I put myself at his orders and spoke with the doctors, and his health has been deteriorating; plasma was put on him and he went to the intensive care area “, revealed the public servant.