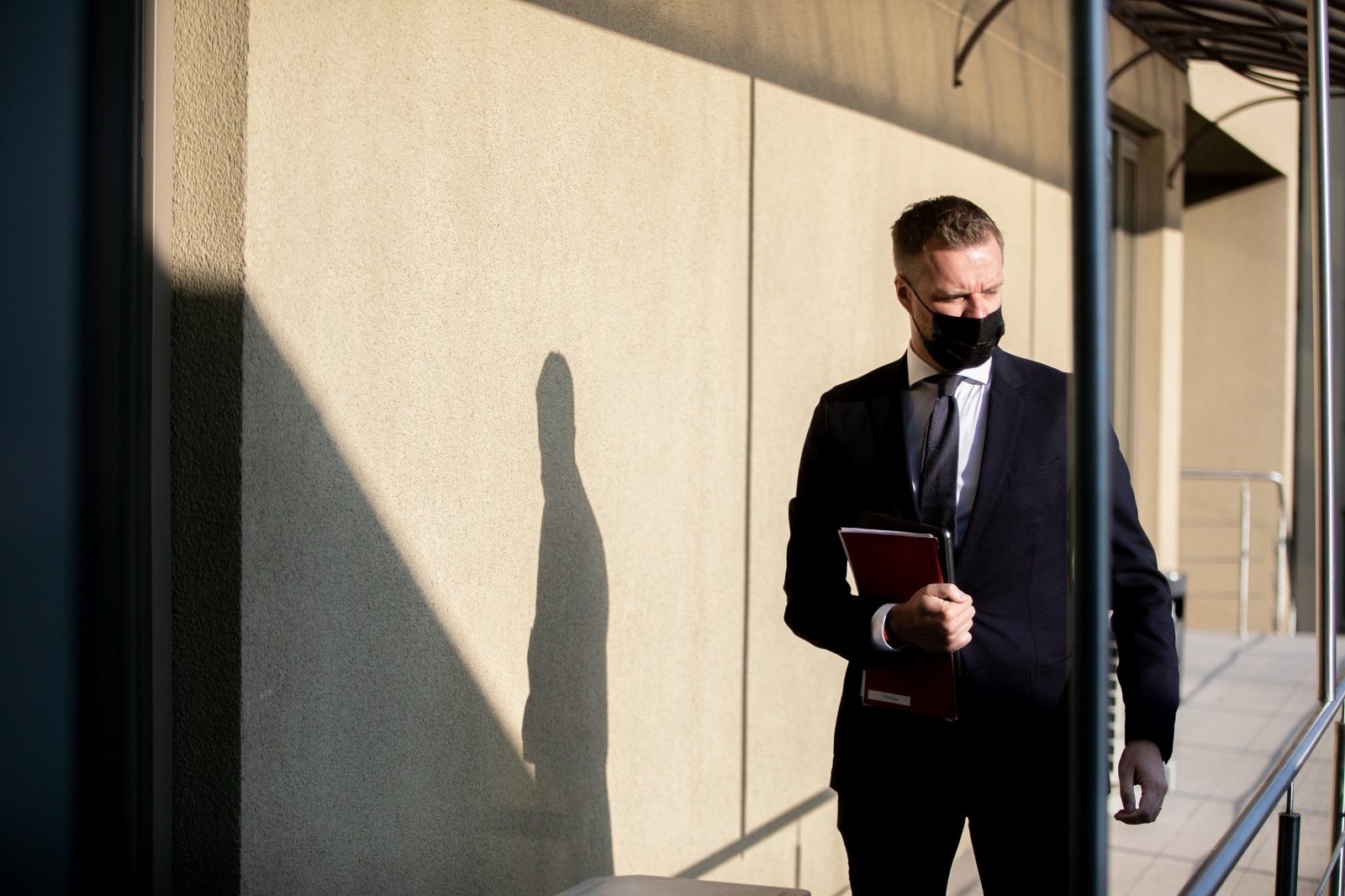 According to Mr Landsbergis, there was an intense discussion on the issue of illegal migration during the meeting with the EU foreign ministers.

“The crisis on the Lithuanian-Polish-Latvian border has not gone away. In fact, we are seeing signals that some things are even getting worse. It is clear that climatic conditions are also deteriorating. I raised the issue that it seems to me that the European Commission (EC) should review its priorities and return the issue of migration to the main ones, “the Minister told reporters in the Seimas on Tuesday.

He reminded that the Minister of the Interior Agnė Bilotaitė has already appealed to the EU institutions regarding amendments to legal acts, regarding the financing of the border, but, according to G. Landsbergis, there are also possible political measures.

“It simply came to our notice then. The Iraqi airlines were persuaded not to fly anymore, the same was done with the Jordanian airlines, flights have been suspended, but new flights appear every week. We track ticket sales and see that there are new ones on sale.

Then the EC ran after each airline, trying to convince it, it takes a very long time, it’s a long process, “said G. Landsbergis.

As a result, as the Minister explained, he made a proposal.

“Therefore, my suggestion was that those airlines that fly to Minsk would not be able to fly to the EU. Some kind of such a comprehensive sanction. Most airlines fly to Minsk from various Middle Eastern capitals, but they also fly to the EU. It is explained to us that this is a commerce, a tourism tool.

See also  United Kingdom, 5 years in prison for the serial killer of Brighton cats: he stabbed sixteen of them "without reason and with cruelty"

We are building a wall with Belarus for 150 million. “We subsidize the business of those commercial airlines because they earn from bringing migrants to Minsk, and we spend our taxpayers’ money to stop those migrants,” Landsberg explained.

According to the Minister, this is not accepted and Lithuania alone cannot stop it.

“We have certainly received support, first and foremost from those countries that are facing migration challenges themselves – Greece and other southern states, but most importantly, of course, there has been support from Germany,” Landsberg said.

In his view, if the EU was able to impose other sanctions on the Lukashenko regime in a relatively short period of time, it could agree on such measures.

“The EU can, if it wishes, set up some new instruments in response to the changing situation. That situation is now, it is new, it has not existed before, new instruments are needed and we must have them soon, due to the fact that winter is very close, ”the Minister added.