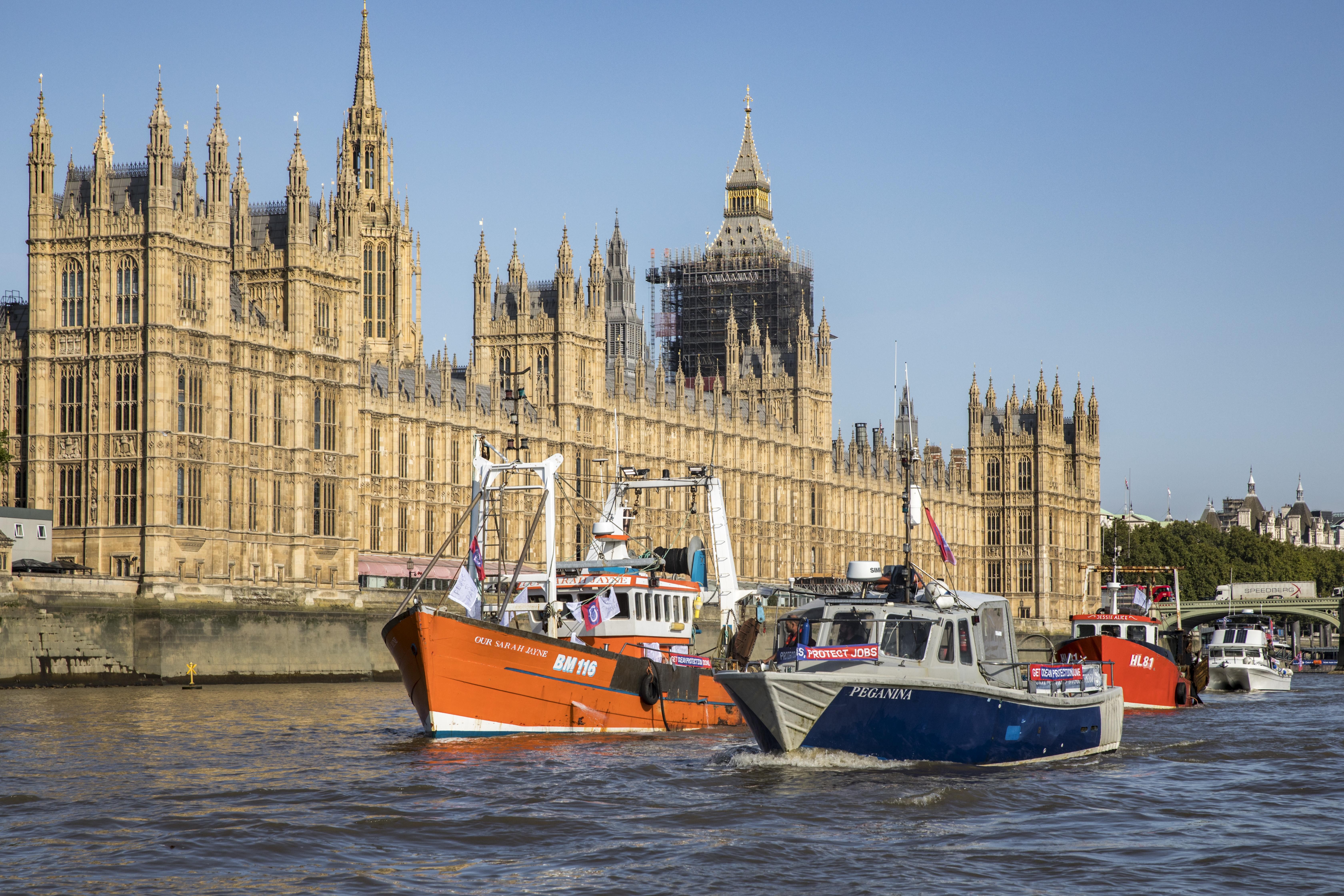 For five years he spent a lot of time in ‘hard lobbying’ to secure the future of his family business with a Brexit agreement. With success, he concludes now that Britain has left the European Union.

“We could have surrendered 60% of our fishing rights in British waters, in practice it has become 20%. Forever. The current deal is being sold in England as a five-year deal, but that’s not the case.”

According to Parlevliet, the proponents of Brexit wrongly thought that they would have ‘a sea of ​​possibilities’ in the fishing area. “It has worked out well for a few large British shipping companies, but the medium-sized and small fishermen there have had a really bad time. They thought they would take our place. That didn’t happen.”

Barrie Deas, chief executive of the National Federation of Fisherman’s Organizations (NFFO), has noticed a lot of British frustration.

“There is a feeling in the fishing industry that we have been misled,” he says. “The government had promised us a normal coastal state relationship with the European Union. We are far from that. Expectations were high, but the reality is completely different. Fishing opportunities for the British fleet have been reduced.”

While the British cabinet promised fishermen a £148m gain under the five-year deal, the NFFO estimates that the loss will amount to £300m. Not everything has crystallized yet, emphasizes Deas.

“But a deal that allows the EU to fish 42,000 tonnes in UK waters, while allowing UK fishermen to fish 12,000 tonnes from EU waters, is a continuation of the imbalanced quota allocation that has long caused controversy.”

British fishermen have faced high administrative costs this year, according to the NFFO report, as they leave the internal market and customs union. In addition, the agreement with the EU largely consists of ‘paper fish’.

“That is more often used in negotiations, to get the numbers in balance,” says Deas. “Quotas for fish that will never be caught for various reasons, for example because there is no market for those species.”

The fact that the European fishing fleet has emerged so strongly from Brexit is the result of college lobbying, says Diek Parlevliet. The CEO of Parlevliet & Van der Plas proudly emphasizes that the fishing sector was ‘by far the first’ to sit at the table with European Brexit negotiator Michel Barnier.

De Katwijker describes the years of influencing politics as ‘a continuous fight for the right to exist’. “We kept it up to the last minute. Our credo was: We don’t want to give up one fucking kilo.’’

During the Brexit talks in Brussels, Parlevliet worked together with Gerard van Balsfoort, chairman of the Shipowners’ Association for Sea Fishermen and the European Fisheries Alliance (EUFA).

“Together you are strong,” it sounds. “Because we are a larger shipping company, we were a bit more involved. But everyone in Europe has contributed to the lobby, from Sweden to Spain. From the largest fishing trawler – our Annelies Ilena – to the smallest, we were united. I have never seen so much unity in fishing.”

That, he says, has been the key to its success. “If one country gets in the way, it won’t work and everything will fall apart. Barnier has also always said to us: if you as a sector speak with one voice, then I can do my job. A good negotiator, and former fisheries minister of France.”

Meanwhile, the chief executive of the British fishing organization, Barrie Daes, shakes his head. “I don’t think it has to do with the qualities or tactics of the negotiators,” says Deas. “I know them personally on both sides: smart people, who have gone to extremes. That did not determine this outcome. The government made a hard calculation: that the trade agreement was much more important than the fisheries.”

That’s understandable, Deas emphasizes, given the 100,000 jobs at stake in other, much larger sectors.

“But it didn’t fit the narrative used during the Brexit referendum and negotiations. We were then presented with certainties, and the image that fishing would be special, because of the way it had been treated in the past. When push came to shove, fishing was sacrificed, just like in 1973 when it joined the EU.”

Many small fishermen voted for Brexit, with the idea that they would then receive more fishing rights. Although the agreements are structurally skewed, according to Deas, he foresees some pain relief now that the biggest start-up problems have been solved. According to him, it is crucial that the British government quickly concludes an agreement with Norway and the Faroe Islands.

Now that those two countries are no longer allowed to fish in the British sea, they have increased the quota for their own waters by 55 percent, according to the NFFO report. This leads to the capture of more and more immature fish. “This could result in a six percent decline in mackerel stocks next year,” the organization writes. ‘That is about two hundred thousand tons’.

CEO Deas fears that the main British fish stock will suffer structural damage in this way, as will the image of the industry. “This development surprises me, because Norway has always had a high morale when it comes to preserving fish stocks. So this has to change quickly.”

Meanwhile, director Pim Visser of interest group VisNed considers himself fortunate that the Brexit damage in the Netherlands this year is ‘not too bad’. At the same time, he is very concerned about the longer term.

“The English are disappointed. We are afraid that in the negotiations for a new agreement, after 2026, they will still want to win what they have not managed to do now. The European Union does say that this cannot be the case, but that remains to be seen in practice. In addition, England, as an independent state, is now taking technical measures, for example by setting different requirements for the mesh size of nets. That is very worrying for Dutch fisheries.”

The director of VisNed expects that the Dutch government will use the European pot with adjustment money for the Brexit to reduce the fleet. Compensating fishermen for the loss of quota is not allowed, that would be illegal state aid. You can buy out again. It could be that fishermen will use it.”

The relieved Parlevliet has received the same question from many journalists in the past year. Would he have had a Plan B up his sleeve if the Brexit agreement that was favorable to his family business had not come about? “What kind of emergency plan?” he responds, shaking his head. “That does not exist. You can’t go fishing anywhere else. Then the ships are in the harbor and they can go to the blast furnaces.”

This story and the other stories about Parlevliet & Van der Plas were created with the support of the Quality Incentives for South Holland Journalism. It is a collaboration between Leidsch Dagblad and Research Collective Spit.