The head of the Buenos Aires Government, Horacio Rodríguez Larreta, transferred this Wednesday to President Alberto Fernández the intention of his administration to begin preparing a protocol for the gradual reopening of schools that remain closed since the start of the quarantine due to the coronavirus, as well as install entertainment for children and adolescents in public spaces.

The idea was part of the measures taken to the national government by the Buenos Aires president in the framework of the meeting this afternoon in Quinta de Olivos where the need to promote initiatives in pursuit of the “welfare of children and adolescents during the mandatory isolation “.

The proposals arose after consultations made to specialists from multiple disciplines by the Buenos Aires administration who reported that in the City of Buenos Aires there are around 760,000 boys, girls and adolescents up to 18 years of age.

According to the specialists, “this point would give children and adolescents a future horizon for the reopening of schools.”

The protocol under analysis by the Buenos Aires authorities, who prefer not to talk about probable dates, contemplates a gradual return to classrooms, and is debated looking at other cities in the world where they have already advanced in the return to class.

For example, as Télam learned, the model applied in Israel is carefully observed in which students attend class for one week and not the two subsequent weeks, in order to wait in that period, of approximately 15 days, to verify the existence of coronavirus cases among students. 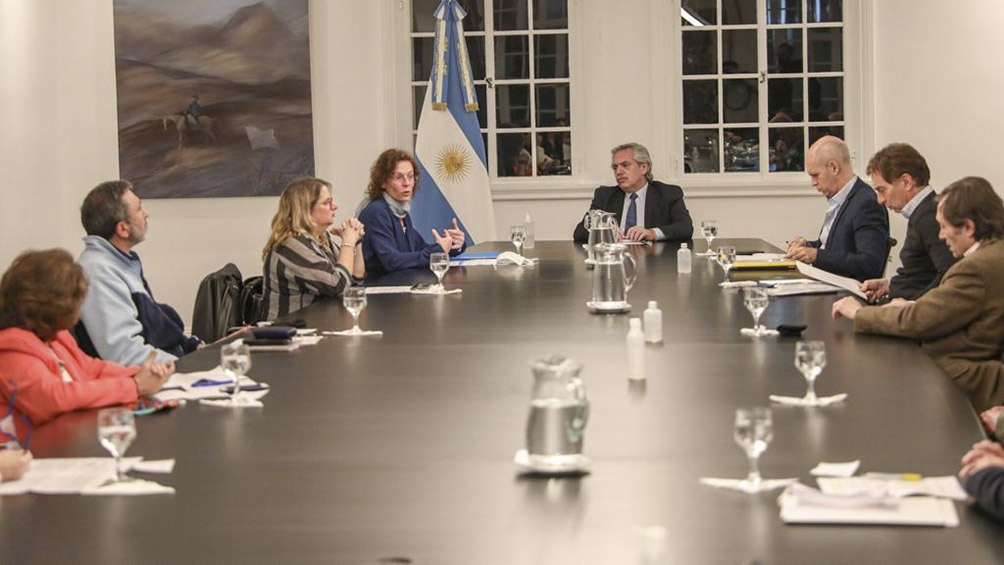 Also, the alternative is evaluated that half of the students of a school go in the morning and the other half in the afternoon; As well as studying the option that they attend one every other week to school.

Rodríguez Larreta said on Twitter that, together with the deputy chief, Diego Santilli; Fernando Straface, from CIPPEC; Luisa Brumana, UNICEF Argentina representative, and health and childhood specialists “a set of measures to continue accompanying children and adolescents during isolation.

“In addition to maintaining recreational outings, we talked about intervening in the public space with games and riddles and adapting communication so that they are informed about healthy habits,” he said.

“The well-being of girls and boys is very important to us. We are going to continue working in coordination with the national government so that the quarantine impacts them as little as possible and they can continue to grow and train in the best way, during and after the pandemic”, the local mayor abounded.