Larreta without filter: “If we come together we have a very high chance of winning in 2021”

The Buenos Aires Government Agreements Room, in Parque Patricios, was the scene of a virtual meeting led by the Head of Government, Horacio Rodríguez Larreta, with the bloc of national PRO deputies where, for an hour, he drew the lines of his political strategy, answered questions and even encouraged legislators for 2021 and, above all, thinking about 2023.

The moderators of the meeting, and those who were on Larreta’s side in the building on Uspallata Street, were the head of the block, Cristian Ritondo, and the larretista Álvaro González. The communal chief arrived 15 minutes late and, before starting, passed Diego Santilli to say hello but he did not stay in the Zoom which occurred on Thursday.

The preview, between jokes

The good harmony in the PRO bloc was felt from the beginning of the meeting, unlike months ago when tensions dynamited some ties. On the contrary, while they waited for the communal chief, the deputy Waldo Wolff (with a sweater and his glasses on his head) he consulted, jokingly, to Silvia Lospennato if he had been able to take advantage of the 12 quotas for the hairdressers that the president announced.

If I had known before, do you know what it saved me?, laughed the deputy.

At that time, they recalled that the Government had set aside the 12 cell phone fees. “Wolff your cell phone is still encrypted by the Mossad, if it is stolen, an alarm sounds in Tel Aviv and a drone falls ”, his friend replied, in a joking tone Fernando Iglesias. Wolff said that his birthday is Monday, to which he was asked about the days of Rosh Hashaná (Jewish New Year): “We celebrate everything,” he told them. González chicaneó: “he takes all three days.”

More serious, Carmen Polledo He told how the treatment of the 2021 Budget began in Deputies.

When Ritondo began to consult how many deputies there were in the Zoom, Larreta entered. González introduced the talk and stated that the City received a “sablazo” with the removal of co-participation. 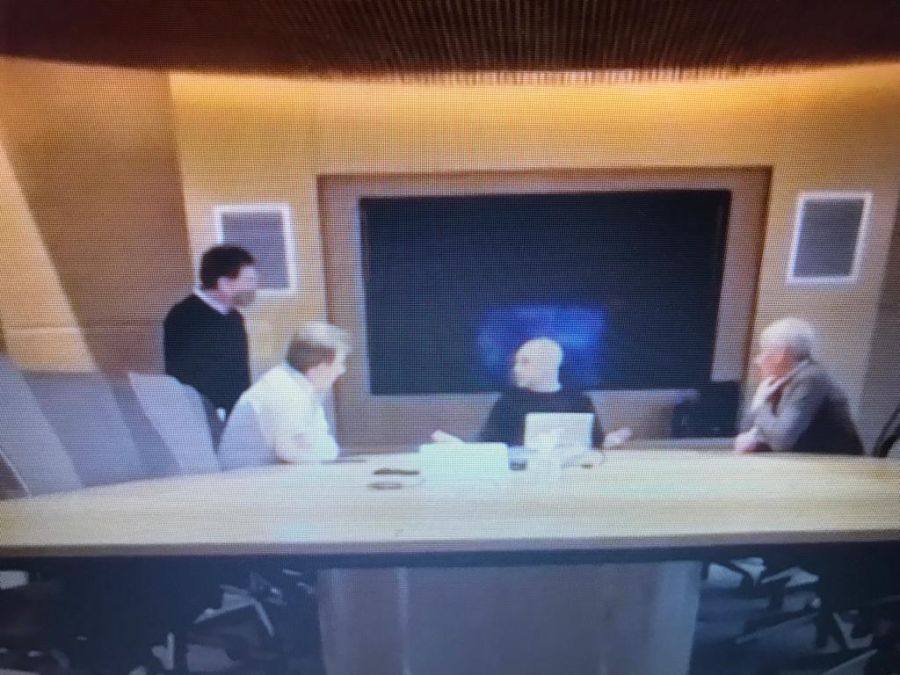 “We must expand to the center”

In this context, he vindicated the diversity of the opposition front. “We don’t all have to target the same audiences. And that has to be a strategy, “he said. At that moment, she began to praise Together for Change. “The value of the unit is enormous, it is a merit. Every time the PJ was a government, it took care of dividing the opposition and today it could not. And that is worth a lot ”. With this line of thought, the communal chief predicted: “If we come together for next year’s election, we have a very high chance of winning.”

On the inmates on the opposition front, Larreta pointed out: “The press He is going to call us doves versus hawks, the media will always look for the news in friction, in the fight, let’s not get hooked ”.

And he continued: “The reality is that we are together and very solid. You have to sustain that. We have to aim to grow: 41% is a fucking choice for the context that was given but not enough to win. We have to go find those who voted for Lavagna, disenchanted with Alberto Fernández, that apolitical vote. Also the votes of Gómez Centurión and Espert. We have to expand ”. 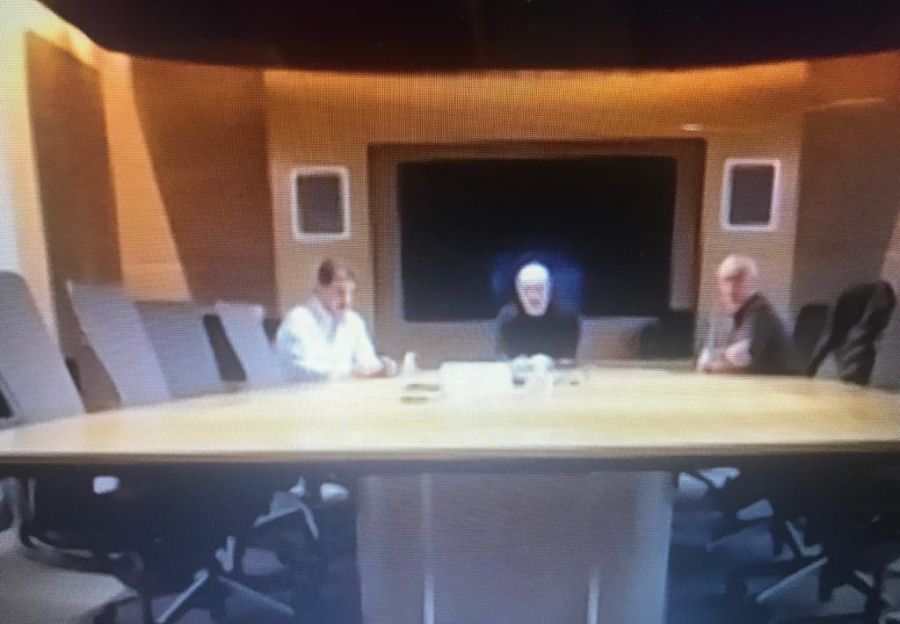 The communal chief continued with his line of argument: “It is not only necessary to win but to govern and move Argentina forward. We need a broader consensus in order to grow for 30 years. I will always appeal to dialogue and consensus even if I have to give a firm message ”. At that time he gave as an example his position with respect to the 1.18% co-participation cut: “I tried to have a clear and firm position but leaving the door open for dialogue to be ahead.”

In this framework, he praised the attitude of the bloc in Congress: to fight to abandon virtuality in the sessions and, then, to sit down and talk later.

Among others, they listened Luciano Laspina (who had serious problems with his connection and was seen on the street), the Correntina Ingrid Jetter, the Buenos Aires native Sebastián García de Luca (former Political Vice Minister of the Interior, who was rocking in an armchair), the people of Cordoba Gabriel Frizza, Soher El Sukaria and Héctor “The rabbit” Baldassi and the porteños Victoria Morales Gorleri and Alejandro García, among others.

In another part of his speech, the communal chief spoke of the Coronavirus situation. “In health terms we are very stabilized and the last week with infections down. We have been opening activities for eight weeks in a row and the cases did not go up. We have 100% of open businesses and industries, professional activities working”, He said. And he announced that they wanted to open all the gastronomic places (that have outdoor tables, even if they are internal) and that he would give the discussion for the restart of classes in public spaces.

Then it would be the turn of the deputies to ask questions. González gave the floor to the “Cordovan philosopher”: Luis Judge. Wearing a black printed T-shirt and his characteristic tone, the Judge told Larreta that he found “the willingness to open the route and make the shoulders more comfortable “, in reference to expanding to the center but not avoiding the “hawks”.

“We made a great election, but with 41% you are not president,” he said. And he added: “They always treated me very well on the block, even though I’m not from the PRO. I see your manual and I understand your role in management, and it is a trait of you. As I am not a midget vampire who cannot suck necks suck stockings, I want to tell you that although it may be cumbersome for you, this meeting helps us enormously. It is important to exercise leadership even if you have your responsibility in management. They help us to have a roadmap ”.

The head of government thanked him with a smile. “Yes, and I dedicate time to politics, to national construction, to the consolidation of Together for Change in the country.” And he listed that he speaks with the leaders of the UCR, with non-Kirchnerist Peronists, with Elisa Carrió, among others.

Then Wolff asked to speak. “We moderates will bank you. Just relax”, he expressed, jokingly. And she asked her if she saw a common thread in the proposals of the ruling party, as in the case of the Secretary of Provinces,. Silvina Batakis, to get two points from the co-participation to the City. “They want to defend their position. Let them say what they want, the issue is going to be in the Court ”, he replied.

Ritondo picked up the glove: “Batakis as Minister of Economy (of Scioli) lost a share point per year. The lowest partnership in history the Province had with Batakis ”. 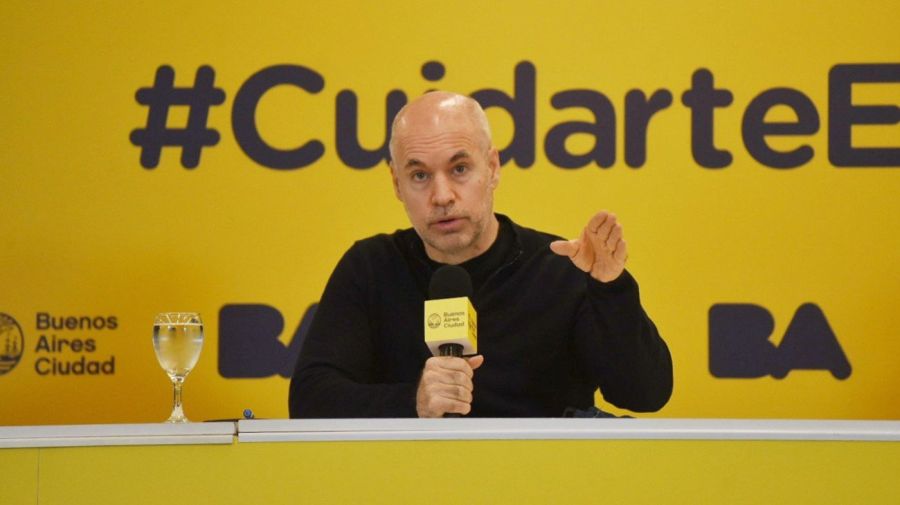 About the end, and a few days after being a mother, the young woman Camila Crescimbeni He consulted him about the flexibilities and gave San Isidro as an example. “I am positioned on the side of the opening to the side of the Government and we managed to open without triggering the cases,” he replied. Before that, Crescimbeni told him that he had not been able to convince the father of his daughter so that his daughter Juanita is from Racing. “Do not slacken on the important issues, it has to be from Racing,” replied the communal chief.

For his part, Iglesias said: “I am happy with your words about the necessary amplitude of the space, with which I agree.” He also stated that it was “significant” that Nation still does not allow to return to classes. “My suggestion, request, take it however you want, is to get tough on it,” he said.

The head of government agreed: “We must give an enormous priority to the educational issue, we are drilling with the issue and we are going to insist ad nauseam”.

They also agreed to review, in numbers, the “hidden contributions” that the City makes to the rest of the country in health and education terms to quantify it. After the exchange, Iglesias apologized: he had an interview on LN +.

About the end Pablo Torello (José’s brother, Mauricio Macri’s friend) asked who Larreta was talking to “so as not to screw up.” The answer: “this is not the time to close any doors.” Ritondo concluded: “Horacio even included socialism, it is very broad.”

Before ending the meeting for Zoom, Larreta promised to return to these meetings periodically. “I’m here to do politics, I assume the role I have today, beyond being a horizontal space.”

Epic games give away Total War Saga: Troy for 24 hours

From yesterday until today Friday until 15 hours all Epic Games users can download Total War Saga: Troy for...
Read more

Crisis in Venezuela: there are already 86,289 cases of coronavirus and 731 deaths

Venezuela reached 86,289 cases of COVID-19, a pandemic that has left 731 deaths in the country after six new...
Read more

Germany, Ireland and Italy first to join the europe platform

Why has LaLiga lost so much goal?

LaLiga has lost a goal, other championships have won it. Few days have been contested, but the trend...
Read more

In the context of the International Day against the Death Penalty, the Inter-American Commission on Human Rights (IACHR) reiterated...
Read more

For Rodríguez Larreta, the only way to move the country forward is to end the crack

When exhibiting at the Colloquium of IDEA, the...
Read more
World

GTA 5 for PS5 and Xbox Series X? Anyone can do it. Elon Musk wants Tesla cars

The first images of pregnant Sophie Turner come to light

It has been several months since the rumor spread that the singer Joe Jonas...
Read more

Subscribers to the service can also start playing today from Just Cause 4 and...
Read more
Archynewsyarchynewsy.com