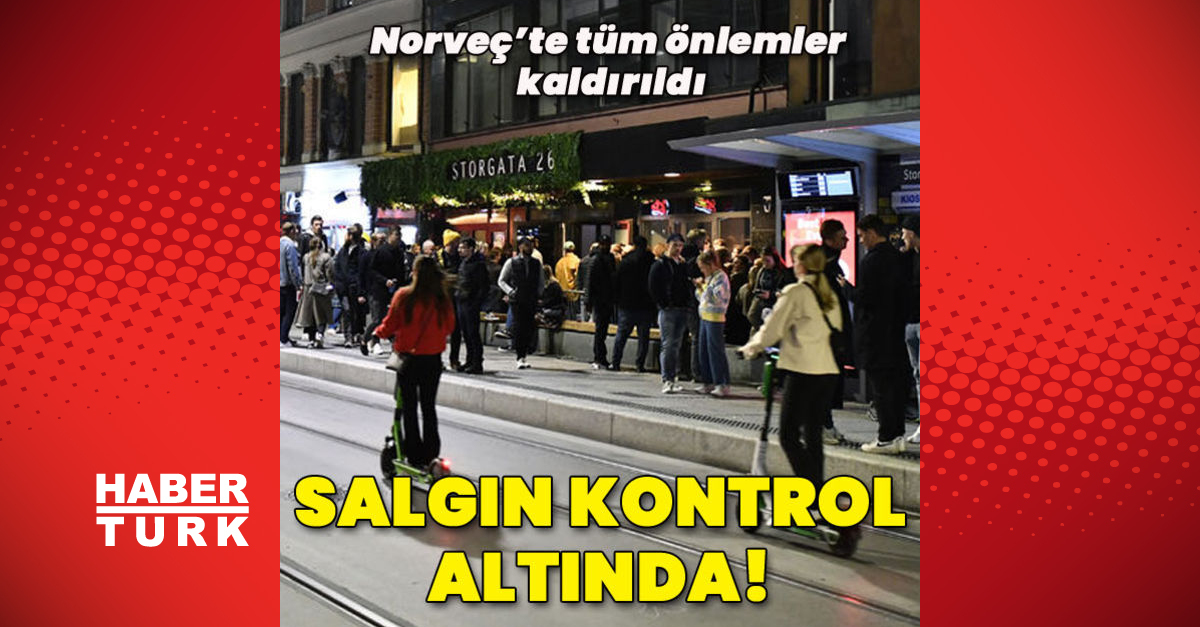 Norway announced: The epidemic is under control!

The Norwegian Institute of Public Health announced that the new type of coronavirus (Kovid-19) epidemic in the country was completely under control, and therefore all measures were lifted.

In the statement made by the institute, it was stated that the harsh measures implemented for 562 days ended on September 25.

CHALLENGE HAS HAPPENED AT THE CELEBRATIONS

In other news, Norwegian police reported on Sunday that dozens of riots and violent clashes followed as people filled the streets, bars, restaurants and nightclubs celebrating the end of restrictions.

Norwegian Prime Minister Erna Solberg’s unexpected announcement that he will lift coronavirus restrictions in the country of 5.3 million surprised many Norwegians and sparked chaotic scenes in the capital Oslo and other cities.

“It’s been 561 days since we implemented the most drastic measures in Norway. It’s time to return to a normal daily life,” Solberg said. had used the words.

In the statement made by the Norwegian Institute of Public Health, it was reported that 90.6 percent of those over the age of 18 received the first dose of vaccination, and the rate of those who received two doses reached 83.8%.

In addition, it was stated in the statement that rules such as the obligation to wear masks and PCR testing will be in force at airports and airplanes where international rules are valid.

Geir Bukholm, Deputy Director General of the Norwegian Institute of Public Health (FHI), said in a statement to state television NRK that the Kovid-19 epidemic in Norway has come to the same level as the flu, which causes colds due to seasonal changes.

See also  LAST MINUTE: The latest situation has been announced in today's corona table! 29 August cases and deaths have been determined

“Everyone in the country’s risk groups has been vaccinated,” said Bukholm. used the phrases.

According to the figures announced by the Public Health Institute, the number of people who lost their lives due to Kovid-19 in Norway increased to 850. The number of cases in the country rose to 186,035.

On the other hand, before Norway, Denmark was the first European country to lift the Kovid-19 restrictions on September 10.