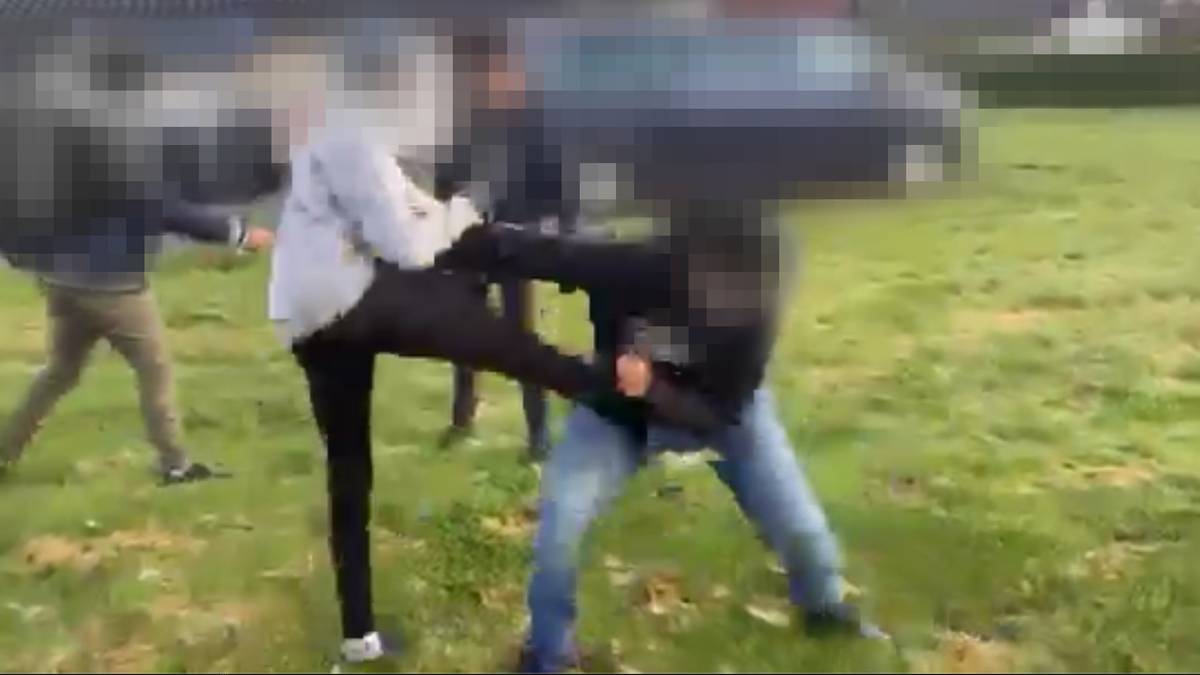 – There’s a gang standing around kicking. There are broken noses, blood. The victim then has to kiss the perpetrator’s shoe and gets a kick in the face at the end. It doesn’t belong anywhere, and is brutal and painful to watch.

Videos where it’s not just two parties fighting, but one getting a real beating.

Youth violence in Norway is increasing, and on Sunday he was on Helgemorgen to talk about the police’s new measures to reverse the trend.

– The fact that we don’t have more deaths among young people in Norway is just luck and coincidence. We see concussions, broken noses, chapped lips, bruises. In addition, you have the psychological damage. School refusal. It can quickly end fatally, he acknowledges.

NRK published a case on youth violence in Sweden on Saturday. It describes three decades of youth crime in the neighboring country, and how young people are rewarded for serious offences.

It is not that serious in Norway. But in several Norwegian cities, young people acting out are cause for concern.

In Oslo, the development is called a change in trend which gives cause for concern. In Tønsberg, young people tell of a small, but “wild” environmentand in Stavanger the police claim that serious violence among young people has become a trend.

Now the police have had enough. All youth violence has in common that it is filmed and shared on social media.

Not even the two new sections in the Criminal Code that came into place last year have helped. They have made it a criminal offense to share a video of someone being subjected to violence.

– People know too little about this. The police don’t know about it either. We have good tools that are not used, says Svenningsen.

That is why Kripos has now created one national campaign which will combat the spread of violent videos. It will be launched on Monday.

– If you film or share, you are part of the violence. Then you participate, is the message in the campaign.

The campaign consists of an educational package, including a 15-minute video.

– It stands out from other campaigns. It does not point the finger at young people, but encourages reflection and dialogue. And the message is that speaking up is not snitching, but actually caring about those around you, says Svenningsen.

The target group for the campaign is secondary school students, and the lecture package can be given by people other than police officers.

No one wants to “snitch”

The first police officer is clear that youth violence is not a big city problem, but something that happens all over Norway.

But it is difficult to overcome. A so-called anti-silence culture is part of the problem, he believes.

– Children as young as nine are exposed to violence, but say they do not want to talk to the police. This is a bad culture we want to address, says Svenningen.

He describes it as our time’s biggest challenge in dealing with young people.

Marco Elsafadi, head of the organization Unify, works with young people who do not have it so easy. He believes that social media is helping to make this phenomenon more serious.

– As adults, we have to do something about this. Parents who have good and safe conversations with their children get to know things in confidence. Without being arrested by their friends.

But schools also need to address this, and talk about it, he believes. In some schools where Unify is involved, the whole term has disappeared, because there has been an agreement that it should not be used.

– There are no young people who like this term, or this phenomenon. Many are afraid. They want to get rid of the whole problem, but then adults have to step in and take charge, and help young people get rid of it, says Elsafadi.

Chief Constable Svenningsen hopes the campaign will remove the problem of silence. It is intended to be a tool in the toolbox to initiate reflections on youth violence.

– The video is based on real cases and judgments. It was important to us that young people should not

Will push young people into society

The Conflict Council in Troms is part of the apparatus that is in place for young perpetrators of violence and victims, and talks to many young people about violence.

– They are often young boys between the ages of 15 and 17. We see that it is often young people who are left out, and who need follow-up in several areas, says manager Guri Anne Nilsen.

She says that they do not want to use prison as a punishment, but that they will receive a so-called youth sentence. In addition to having to apologize and explain the violence to the victim, the young people have to start with a day care and activity offer.

– It is about perpetrators of violence not being pushed out of society, but drawn in. Then we can help those who need help to make better choices for their lives. We believe young people have the resources to make good choices if they only get support, says Nilsen.