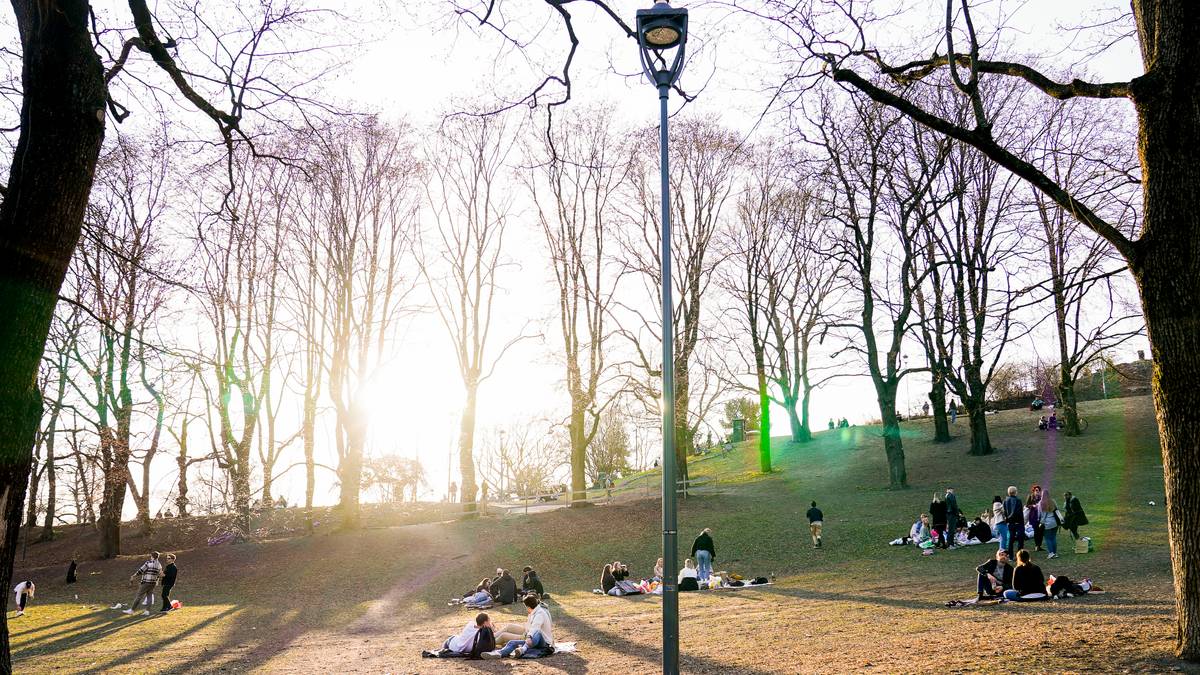 Big cities are getting bigger. Concrete and asphalt spread across the landscape like a heavy carpet. And the consequences are worse than you might think.

A new study estimates that the lack of close access to green space in European cities can lead to unnecessary deaths.

Analyzes show that about 43,000 people die as a result of this every single year.

In Norway, too, human lives could have been saved if we had more green lungs in our largest cities, the survey shows.

– It is an important study, which looks at connections between health and urban nature, says David Barton to NRK. He is a senior researcher at the Norwegian Institute for Natural Research (NINA).

A group of researchers from Spain has started the project. By analyzing a range of data from more than a thousand European cities, they have been able to determine which ones have the highest and lowest mortality rates, due to the lack of green spaces.

The study has used recommendations from the World Health Organization as the starting point. These include that all residents should have a park less than 300 meters from their own door.

31 different countries are included in the study. This includes the 27 member states of the EU as well as Norway, the United Kingdom, Switzerland and Iceland.

To calculate mortality, researchers have used an index called Normalized Difference Vegetation Index (NDVI). In this way, they have been able to measure how green an area is using satellite images. Each area is divided into squares of 250 by 250 meters.

The results are then compared with death rates for the inhabitants of the city. Among the cities with the highest mortality, we find a number of well-known tourist destinations.

Several studies have documented that living near green areas has a positive health effect. Both physical and mental.

People who live near green areas are less stressed, more physically active and live longer. It can also lead to better sleep, as well as improved heart and lung health.

In addition, green lungs help to improve air quality, which in turn ensures that fewer lives are lost.

In total, the researchers estimate that approximately 60 percent of the inhabitants in this study have poor access to such green areas.

The vast majority of capitals in Europe come out poorly. The worst situation is in Athens, Budapest, Brussels, Copenhagen and Riga. According to the new analyzes, Oslo is also in a rather bad position.

Here, the researchers believe that 105 annual deaths could have been prevented.

Of the Norwegian cities that come out best, we find Trondheim, Kristiansand and Tromsø.

Grete Waaseth is a plant researcher and has previous experience with the subject.

– The fact that they are based on this 300-meter is interesting. Especially with regard to children and people with disabilities. Green areas are important for everyone, and then it is good to make these available, she says to NRK.

Senior researcher David Barton believes that Oslo comes out worse in the survey than they actually deserve.

He says the calculation formula used in the study is unfortunate for the Norwegian capital.

– Here, the same measurements have been used in 900 different cities in Europe, and Oslo is a slightly different city than most. Then I think first and foremost of simultaneous access to the field. It is perhaps more than 300 meters from some buildings, but at the same time it can be argued that there is still good access for many more than is taken into account in the study, he says.

Based on the results of the study, Norway could have avoided about 200 deaths a year if we met the recommendations of the World Health Organization.

Mark Nieuwenhuijsen is one of the researchers on the project. He believes that a number of measures should be taken to change the situation.

Among other things, he proposes nature-based solutions such as green roofs and vertical gardens.

The researcher also believes that parts of the traffic should be laid outside the cities, so that one can dig up the asphalt and replace these areas with parks and trees.

– If more cities had the goal of meeting these requirements, a number of deaths could have been prevented, the researcher says.

A weakness with the study is that the researchers have not looked at the effect that blue areas have on health. By this is meant access to rivers, oceans and lakes.

Grete Waaseth thinks this is unfortunate.

– In very many Norwegian cities you have access to blue nature, whether it is a harbor area, a beach or a river. So here I actually think it has a lot to say.

In addition, the researchers of the study point out that there are also large differences within the cities that have been studied. Some neighborhoods come out well, although the city as a whole can struggle.