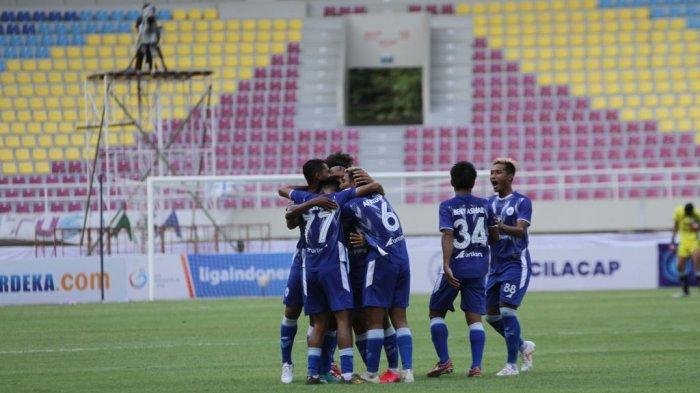 The match which was held at the Manahan Stadium, Solo, PSCS Cilacap successful silence PSG Pati with a score of 2-1.

The goals from PSCS were packed by Thaufan in the 31st minute and Qischil Gandrum Minny in the 45th minute.

While the goal from PSG Pati was scored by Risky Novriansyah in the 51st minute.

With this result, PSCS has collected 6 points and is the leader of the group C standings.

While PSG Pati still has not won and become caretaker.

Playing at Manahan Stadium, PSG Pati who lost in the first match, trying to find a quick goal at the beginning of the first half.

With the speed of Sutan Zico and Risky Novriansyah, PSG Pati dominated the game early in the first half.

Whereas PSCS Cilacap demonstrate a calmer game and play on the counter-attack.

With Benny Ashar and Kasim as the two aggressive wings, the Nusakambangan army played more effectively in creating chances.