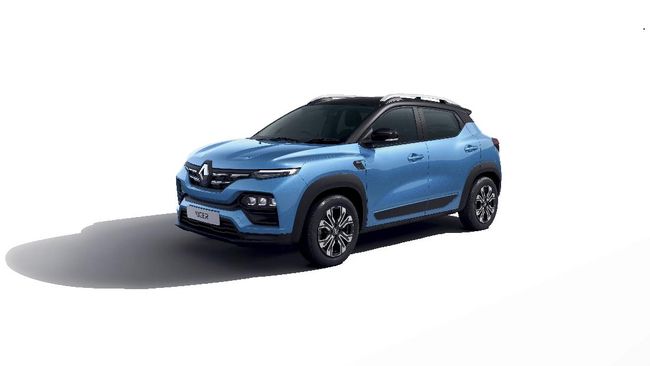 Renault Kiger who plays in the segment SUV will eventually be launched in Indonesia. This certainty after PT Maxindo Renault Indonesia as the distributor of Renault sent an electronic invitation to the editor.

The invitation explained that the launch of the Renault Kiger would be held virtually, Friday (27/8) afternoon.

Kiger SUV is rumored to be enlivening the segment compact SUV previously enlivened by Nissan Magnite, Toyota Raize, and Daihatsu Rocky. This car is built on the platform of the Renault-Nissan collaboration, namely the CMF-A+. It can be interpreted that Kiger uses the same platform as the Nissan Magnite.

Managing Director of Maxindo Renault Indonesia, Rudy Salim, leaked the price of the Renault Kiger in Indonesia under Rp. 290 million.

The exterior of the Kiger is firmly designed from the front, sides and rear. Every curve of the body is taken into account to emphasize its presence as an adventurous car.

In India, the manufacturer provides two choices of 1,000 cc 3-cylinder engines, namely with turbo and naturally aspirated or non-turbo. The turbo engine produces 98 hp and 160 Nm, while the non-turbo produces 71 hp and 96 Nm. Renault provides manual and CVT transmissions.

The interior features a 7-inch digital instrument panel as well as Eco/Normal/Sport driving modes. While the entertainment system as a friend during the trip can operate Android Auto and Apple CarPlay.

As a compact SUV, the manufacturer does not miss the safety of the occupants of the cabin. The Renault Kiger is supported by four airbags and three-point seat belts. There is also an active ABS EBD safety system, up to ECS for the Indian automotive market.