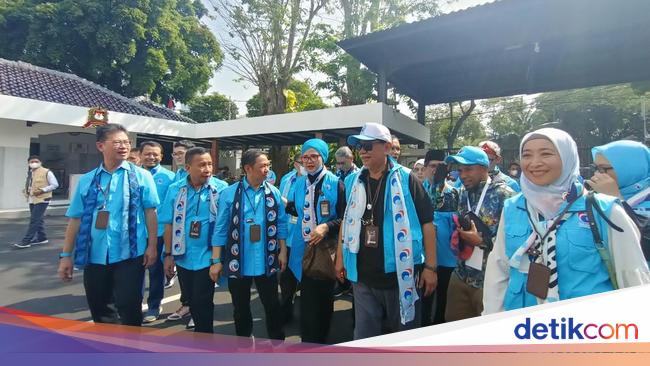 Anis Matta and his entourage arrived at KPU RI, Central Jakarta, Sunday (7/8/2022), at 09.50 WIB. The Deputy Chairperson of the Gelora Party Fahri Hamzah and other ranks, Dedi Miing Gumelar or Miing Bagito and Deddy Mizwar, also accompanied them.

“Which are already move onmove to Gelora!,” said Anis Matta upon arrival at the KPU.

In addition, a command car was seen accompanying the arrival of Anis Matta and his entourage. On top of the command car, two people were also seen singing the party’s victory slogans.

They were also seen carrying attributes in the form of party flags and the Garuda bird symbol.

12 Political Parties Will Register with KPU

See also  They deliberately passed on the disease at a covid party in Italy. One participant died, three are in the ICU

The following is a schedule of 12 political parties that will register as participants in the 2024 election: