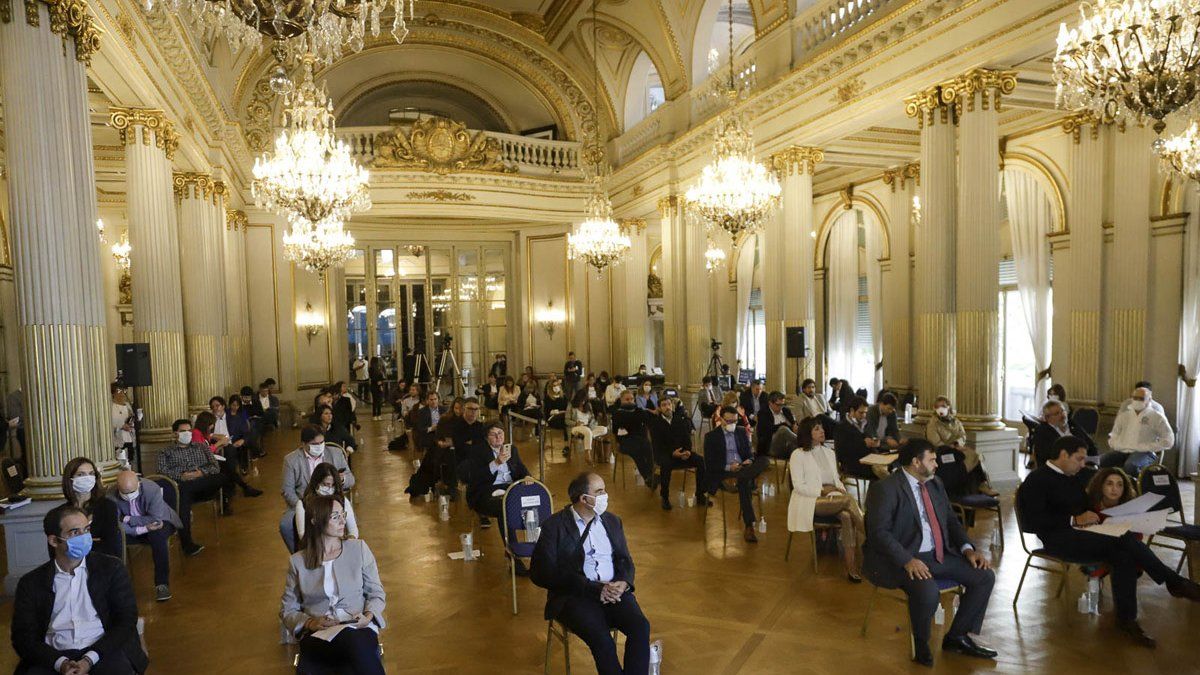 The most controversial initiative refers to two plots bordering the Polo Field, where the Military Tailoring and the Social Work of the Armed Forces worked, with resistance within the PRO but rejection of radicalism, an essential partner to gather 31 votes that require the approval of the norm, since the Civic Coalition would not directly vote the agreements.

The ruling bloc Vamos Juntos brings together 26 legislators from the 60 of the campus plus the allies of the UCR who are 9 and 2 from Socialism. Within VJ, the referents of Elisa Carrió are 5, which remain for the occasion.

“It would not be strange that Military Tailoring is filed for the moment” trusted, a key PRO legislator in the debate in commissions.

In principle, there would be no drawbacks for the sanction of the “Young District” project in Costa Salguero, which includes the construction of a nautical neighborhood towers of up to 10 floors, alternated with gastronomic places and other types of developments with doubts about the passage that will be left on the shore, since it is about lots on the Costanera Norte, in front of the Aeroparque . Last year, the Legislature approved the permission for the lots to be auctioned and for this project to be developed there, for which it called a contest that ended mid-year.

The Frente de Todos bench, led by Claudio Ferreño and is the second minority in the venue, directly opposes the entire combo. Of that block, regarding Costanera Norte, the legislator Matías Barroetaveña, expressed that “privatizing access to the river is the worst decision that the City can make” and that “on the one hand an area sensitive to climate change is affected, and on the other, it continues with the sale of land that since the arrival of the macrismo to the government has already reached the surface of a neighborhood like San Telmo “.

“While we discuss a substantial modification to a Code that has not been sanctioned for two years and we prepare to discuss the Urban Environmental Plan, the framework law that governs urban management, the Government continues to bring partial modifications, motivated by business for the most powerful. They said that with the new Code the surprise towers were finished, well, all these agreements enable the construction of towers of up to 140 meters, “the deputy complained. Javier Andrade, vice president of the Urban Planning Commission.

As for the initiative known as “Military Tailoring”, the real estate project would be raised on one plot and another would be assigned for a public square, in addition to $ 2.5 million that Horacio Rodríguez Larreta would dump for the health emergency. Two buildings that are considered historic should also be demolished. It would allow a basement of 11 meters high and towers with wide balconies that would face the Polo Field.

The third agreement deals with a tower in Puerto Madero, which also requires more construction flexibility to raise the project up to 140 meters. “The consideration for the State is the payment of US $ 2.5 million for the construction of a park in memory of the victims of the attack on the AMIA in a city land next to the Memory Park and for the Covid-emergency emergency. 19, “Andrade explained.