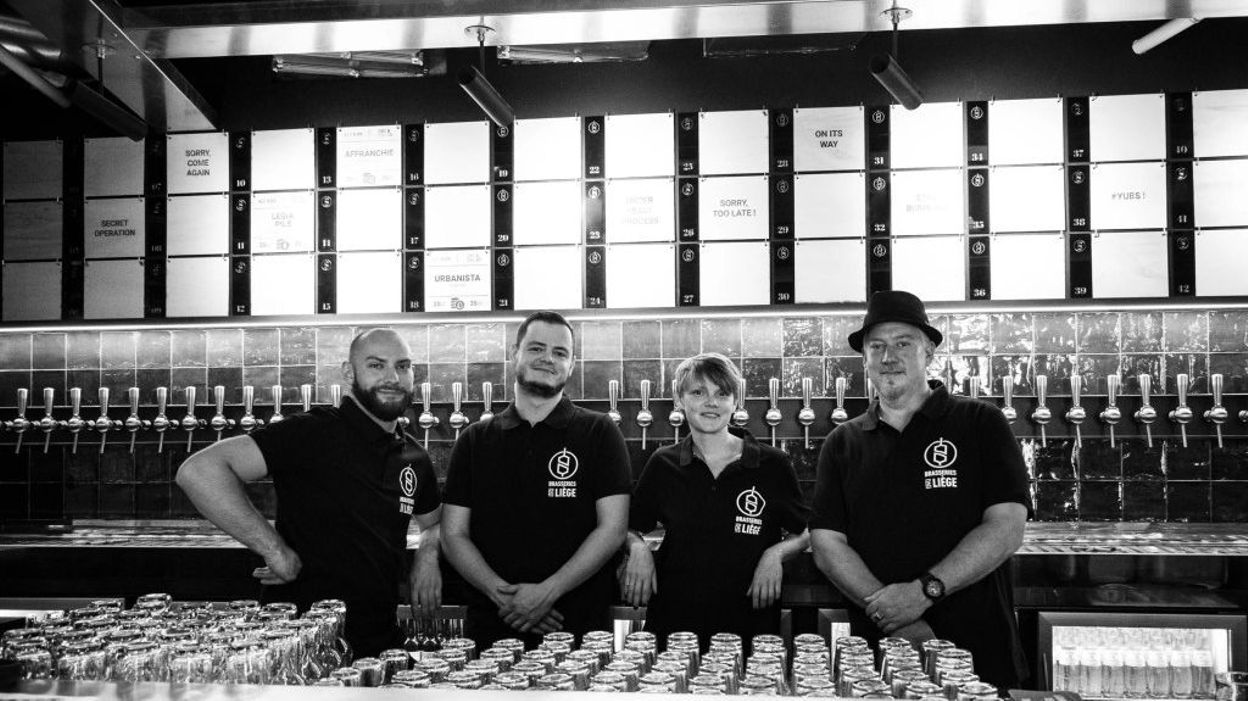 Since last spring, Liège has had an additional brasserie, housed in the historic Grand Poste building in the heart of the Cité ardente. Able to brew up to 6,000 hectoliters each year, the Brasseries de Liège (BDL) also have an impressive bar with 42 pumps. A budget of 1.2 million euros was necessary to set up this new brewery.

“The challenge was above all logistical because it was necessary to create a tailor-made brewery in a listed building.“, explains Kevin Crutzen, master brewer. The vats arrived on site in May 2019 and it was therefore not until two years before the first hectos of beer came out.

From the bar, the customer has a direct view of the brewing tanks. La Grand Poste also houses a gourmet hall with six restaurants, served by the Brasseries de Liège. Ten people work for the brewery and 14 others (10 FTE) for the BDL bar.

The permanent range of brewery products has four references, but the Brasseries de Liège also produce one or the other beverage for many local partners, such as the Grignoux cinema. The choice of the plural in the appellation also refers to this openness to other actors. An amateur brewer who would like to test his recipe on a larger scale can knock on the BDL door. One of the brewery’s investors, Noshaq, wanted the multiple brewing projects emerging in Cité ardente to be able to seek out a local company rather than looking for a subcontractor dozens of kilometers from Liège.

See also  Proton Malaysia and VinFast Vietnam Ready to Invade Indonesia, Will They Be Esemka's Opponents?