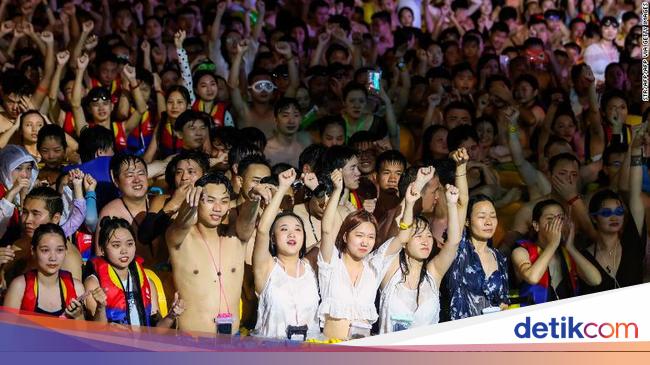 Like being ‘reborn’, now Wuhan residents are wearing masks. Wuhan, is the city for the first time corona virus COVID-19 was reported late last December.

Wuhan’s ‘Corona-free’ image began last week when China’s primary schools reopened. “There are places in the world today where you don’t need masks and can get together,” a Chinese official, Lin Songtian, told executives, implying that Wuhan is one of those places.

“This proves Wuhan’s victory over the virus and that (the city) is back in business,” he continued.

However, one thing that has been a question until now is the origin of the Corona virus. Previously, the spread of Corona was believed to have occurred in the Wuhan wet market.

Meanwhile the Chinese foreign minister on August 28 believed the origins of the Corona virus might not have originated in China.

The city of 11 million people and more than 80 percent of China’s 4,634 deaths from COVID-19, has traveled quite grimly since the start of the pandemic. The lockdown was in place for weeks, making sightings Wuhan like a ‘ghost town’.

However, now no new local transmissions have been reported in months. Traffic was heavy again and mall visitors were busy again.

Activities in Wuhan are no longer wearing masks. Like the Wuhan pool party which was attended by thousands of people without masks last month. Not a few think this party is too ‘reckless’.

However, Chinese citizens deny the notion of underestimating the risk of the Corona virus. “What risks could there be?” asked Wuhan factory worker Xie Ailiang as he spoke to AFP.

“I think now Wuhan must be really safe,” he assured.

Many Wuhan residents expressed concern about the uneven recovery of the Corona outbreak. This also triggers fears of a new outbreak.

“Everyone is afraid the epidemic will return, you know? Summer is over, and winter is coming,” said Yi.