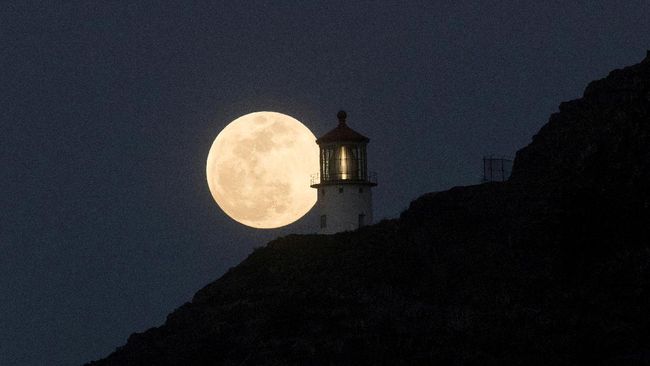 Even though it’s not 2022 yet, register sky phenomenon Astronomy in 2022 is predictable, one of which is the Total Lunar Eclipse.

Reported from Planetarium Jakarta’s official Instagram account, here’s a complete list of natural phenomena in the field of Astronomy that will occur in 2022 and their timing:

The phenomenon of conjunction between planets will occur a lot in 2022. To observe this phenomenon, you can observe the following dates in the early morning until the sun rises.

The following is a list of the phenomena of interplanetary conjunction in 2022:

Micro New Moon is a phenomenon where the Moon is in the new Moon phase as well as being at the Apogee position or the farthest point of the Moon from Earth.

This phenomenon will occur on June 29, 2022 and can be observed after sunset. But the observations will be quite difficult because the sunset time of the Sun and Moon is only about 12 minutes.

Super Full Moon is a phenomenon when the Moon is in the Full phase as well as being at its closest position from Earth or Perigee.

This makes the Moon appear larger than usual.

But we need to be careful when making observations because the moonlight can be very blinding.

This phenomenon is said to be observable throughout Indonesia, and the best location for observation is the eastern part of Indonesia because it has a longer eclipse duration.

Besides Indonesia, the Total Lunar Eclipse phenomenon can also be observed in a number of countries such as India, Myanmar, China, the United States, Mexico, the Philippines, Australia, North Korea, Thailand, Australia, Cuba, and Guatemala.

Meteor shower phenomena that will occur in 2022 include the Perseid and Geminid Meteor Showers.

The Perseid Meteor Shower phenomenon itself lasts from July 17 to August 24.

Meanwhile, the peak of the Geminid Meteor Shower will occur at the end of the year, precisely on December 14 at 20:06 WIB until the sunrise at 05:34 WIB.