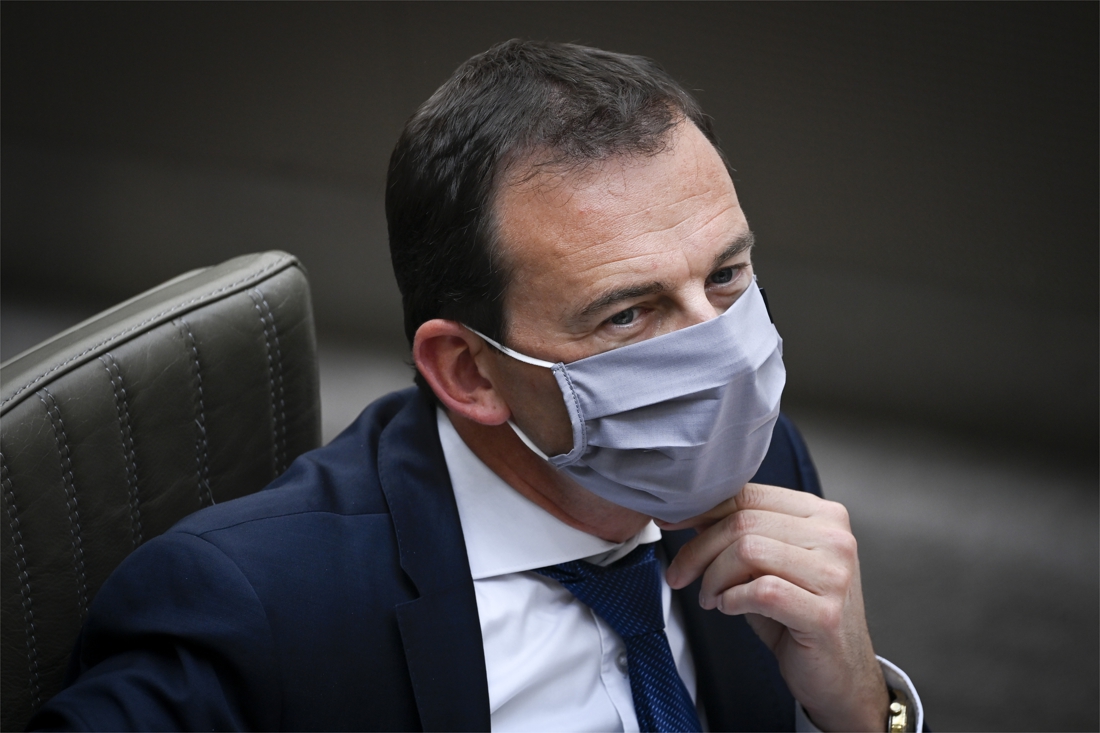 In the Flemish Parliament, Minister of Welfare Wouter Beke (CD&V) will testify about the corona crisis at 2 pm. Watch the hearing live here.

Minister Beke wants to look back at the hearing on the decisions taken during the corona pandemic. “Knowledge about the pandemic was scarce,” said Beke. “The virologists spoke in early March about a virus similar to the flu, the nursing homes were initially not on the virus’s radar. We have collectively misunderstood the nature and speed of the virus, ”he said.

He explains that initially the focus was mainly on people with symptoms, but it gradually became clear that vulnerable people could also transmit the virus without showing symptoms. “They’ve been caught by the nature of the virus and the speed at which it has raged.”

During the first period, there was a shortage of protective equipment, test capacity and hospital support, says Beke. He says he wanted a generalized testing strategy so that not only infected people, but also people who were not infected could be tested. Since only Flanders wanted such a general test strategy, Beke did not participate in federal coordination. The tests in residential care centers started on 6 April.

According to the minister, federal coordination was late in many areas, but it did not go far enough on one point. ‘Namely, to answer the question: how can we ensure that hospital support will structurally go to residential care centers?’

The forecasts changed on March 11. “Suddenly it turned out that it was indeed going in a completely different direction, and that we had to switch,” said Beke. “Before the country went into lockdown, the nursing and care homes went into lockdown.”

“We want and will pay health workers better, we need those people,” said Minister Beke. “The health care staff should receive an equal wage increase as in the hospitals.” To fill in the many vacancies, Beke also wants to work on side-entry.

Beke also wants to get more hands on the bed. Resources provided for those in need will be released more quickly.

There should also be compensation for a lower occupancy rate. Then rooms can therefore remain empty as buffer capacity.

The Flemish government will build a strategic stock of protection material, with which it must be possible to bridge three months. Residential care centers must also collaborate with a hospital in the future.